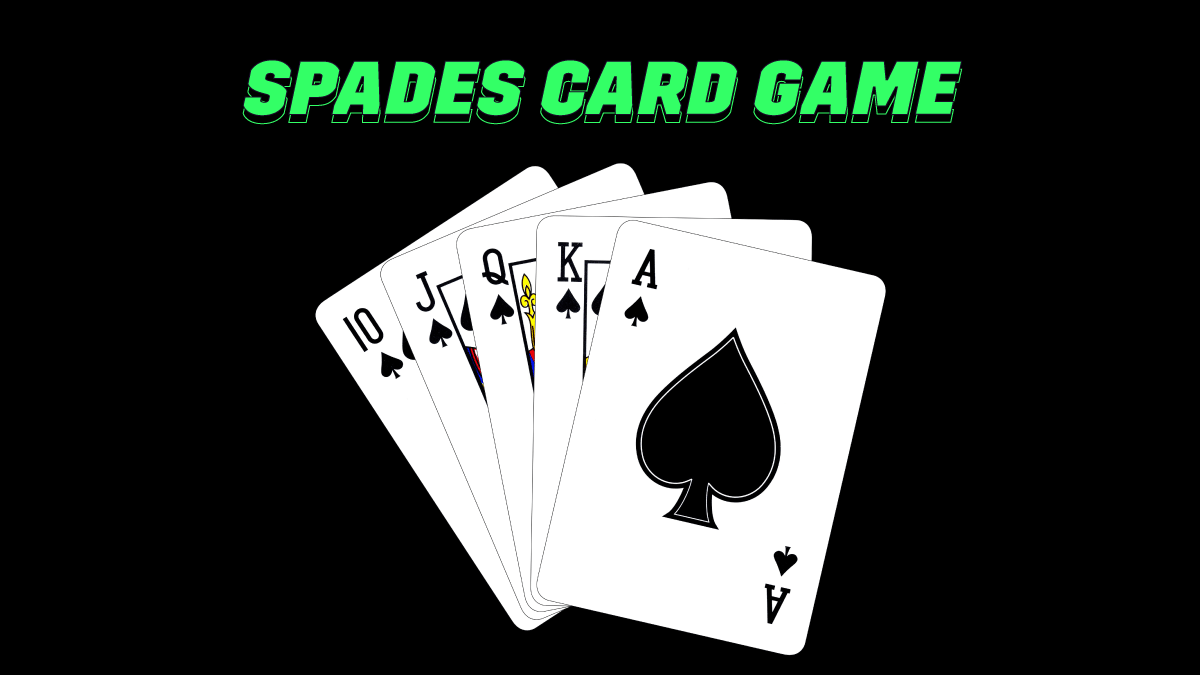 An age-old card game of the 1930s that originated in the United States, Spades is a popular trick-taking card game played by millions across the globe. The game was derived from the Whist family of card games from which card games like Oh Hell, Bridge, and Hearts descended. Played either in partnership or 1v1 mode, the game derives its name from the Spade card in a standard deck of playing cards. Unlike the other descendants of the Whist game, where the trump is based on the highest bidder or decided at random, the trump card in the game is always the Spade suit.

This is a fun card game that can also be played online. If you are new to this game, here’s a quick guide that entails everything you should know about the game of spades, along with some tips and tricks to help you win.

You can also play these Top 6 Trick-Taking Card Games Similar to Spades.

What is a Spade card?

A spade card is one of the suits included in a standard French deck of playing cards. Also known as Pique or Pik, the spade card is an upside-down black heart with a stalk at the base.

The spade card holds prime importance in this card game. Unlike games such as Bridge, Euchre, Teen Do Panch, and Hearts, the trump in this game is fixed -all the spade cards in the deck are the trump cards that rank higher than other cards.

How to play Spades Card Game?

The Spades card game is one of the easiest card games that all age groups can play. The game is generally played between 2 to 4 players using a standard deck of 52 cards. The game’s object is to win at least an equal number of tricks as bid at the start. As mentioned previously, Spades is always the trump in this game. Each player is dealt 13 cards until the entire deck has been distributed. Read further to learn how to play spades.

The players arrange their cards and start the bidding process. Each player bids the number of tricks they can win in the round, with a minimum of one trick. The player on the dealer’s left plays the first card, and other players follow suit. The player who has the highest card wins the trick. The round continues until the players have played all the cards in hand, and the player with the highest score wins the game.

What are the Game Rules?

The fundamental rules for playing the game are as follows:

While these are the game’s essential rules, there are many more rules related to bidding, play, and scoring, which players learn while playing.

For instance, if a player bids 5 tricks and can win 5 tricks during all the game rounds, that player will score 5*10 = 50 points.

How to play Spades with Jokers?

Spades with jokers is also played between two to four players using a standard 52-card deck. Apart from these cards, two jokers are also added to the deck – The Big Joker and Little Joker or the Full-Color Joker and the One Color Joker. Spades are always the trump in this game as well. While the gameplay is similar to the original card game, the only difference lies in using jokers. The trump or spade suit also includes the two jokers – the big joker and the little joker. The big joker outranks the little joker while the little joker outranks the ace of spades.

Winning the game depends a lot on the number of tricks a player bids in the game. Therefore, while playing this game, you need to be very cautious while bidding. When the cards are dealt to each player, you must arrange your cards according to sets and assess the high-ranking cards in hand. Based on the strength of your hand, you can bid the number of tricks you may win.

Per the game’s standard rules, each player must bid at least one trick. However, in partnership, the bids by the team partners are added together. Bidding also has two common variants known as nil bidding and blind bidding. When a player or partners don’t bid a single trick, it is a bid of zero or nil. When a player or partners make a bid without looking at their cards, it is called a blind bid. Similarly, a combination of the two variants of bidding is called blind nil, where a player or team doesn’t bid any tricks without looking at their cards.

Here are the other popular card games to play on every occasion.

What are the tricks and bags in Spades?

In a trick-taking game of spades, tricks are the number of rounds where every player plays a card. The tricks are also sometimes referred to as books. A player with the highest card in a round wins one trick. The players must win at least the number of tricks bid at the start of the game. For instance, if a player bid 4 tricks at the beginning of the game and was able to win four rounds during the play, the player is said to have won four tricks.

Bags are the extra tricks a player wins above the number bid at the start. Any tricks the team wins over the total bid is also called a bag. Winning each bag adds 1 extra point to the score. However, if a player wins 10 bags, that player loses 100 points, and the bag count also resets.

1. How many cards do you get in 4-player spades?

When you play the game with four players using a standard deck of 52 cards, each player is dealt 13 cards. Based on the 13 cards received by each player, the players bid the number of tricks they will win in that particular round.

2. How many cards do you get in 3-player spades?

Each player plays individually in a 3-player spades card game without a partnership. When only three players play the game, each player is dealt 17 cards.

3. What card do you start with in Spades?

In the game, the player at the dealer’s left plays the opening move, followed by other players. The first player can start the game by playing any card, irrespective of suit or rank. However, when you start playing the game, you must have a strategy based on the cards in hand, and you can decide which card to play first based on your strategy.

4. What are the different game modes to play Spades?

The spades card game is usually played by individual players or in partnership. One can play this game in different game modes such as Solo, Suicide, Whiz, and Mirror.