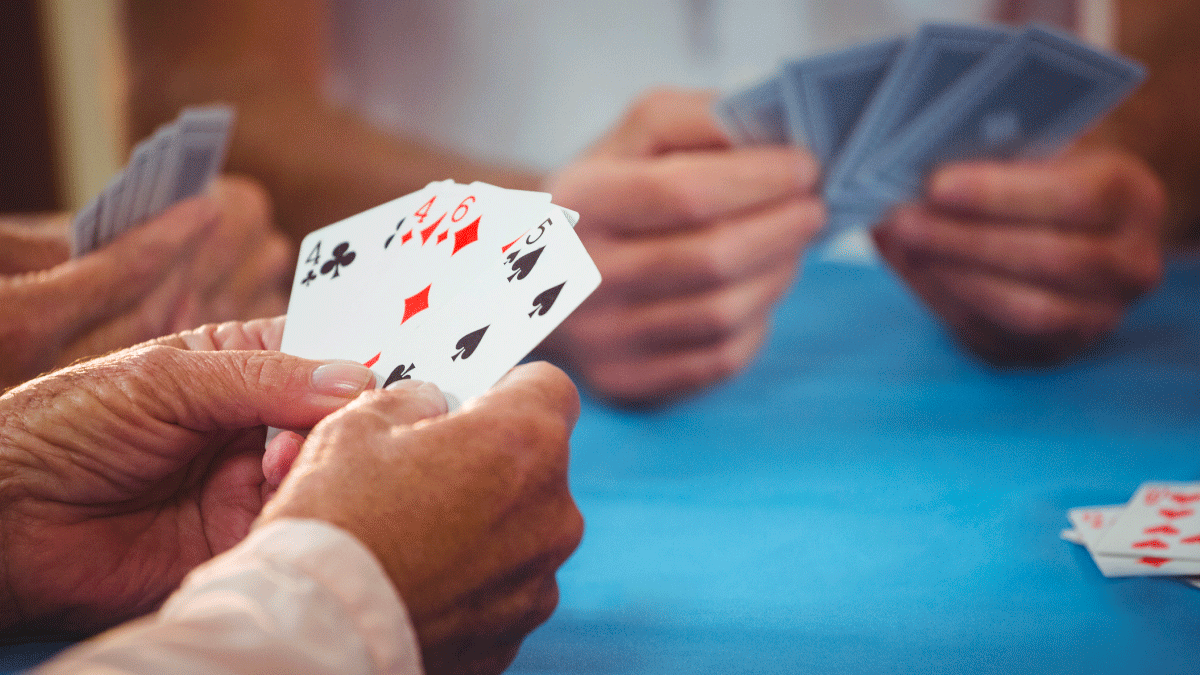 There’s no doubt that card games are one of the most entertaining mediums of passing the time while upgrading skills and exercising your brain cells. The number of games you can play is infinite if you possess a standard deck of playing cards. One of the fun card games with simple rules and straightforward gameplay is the Spades card game. If you learn how to play Spades, you can also play various other similar trick-taking games like Call Break, Bridge, Hearts, Crazy Eights, and more. So, here’s a step-by-step mini-guide that will teach you how to play Spades like a pro.

When the dealer distributes cards to the players, the act is called a deal. Sometimes a round is also called a deal. For instance, when you are still playing with the cards in hand, you are playing a deal.

Note: In partnership games, each player bids without discussing with their team partner, and the bids are then added together for the pair.

Lead is the player at the dealer’s left who plays the first card when the round begins and sets a suit.

The symbol made on each playing card depicts the suit. The suit of a card can be Hearts, Spades, Clubs, or Diamonds.

Trick is the set of cards all the players play during a play of hand or turn.

Bags refer to the number of tricks won by a player above the bid.

Trump is a privileged suit or card with greater power and higher ranking than other suits or cards. In this game, Spades is the default trump suit.

When all players have played a card and one rotation around the table has been completed, a turn is said to be completed.

Object of the Game

After the entire deck of cards has been dealt to all the players, each player arranges the cards in suits and bids the number of tricks they can win in the round. The player sitting at the dealer’s left starts the bidding, followed by other players in a clockwise direction. Each player must make a minimum of one bid. Also, the players don’t name any suit during the bid as Spades are always the trump. When playing in partnership, each player bids separately without any discussions. Then the partners’ bids are added, and the players must win the sum of bids in partnership.

After each player bids the number of winnable tricks, the player sitting on the dealer’s left makes the lead by playing any card in hand. The other players are required to follow suit in a clockwise direction. If a player cannot follow suit, they can use a trump or any random card. The player who plays the highest card in the suit (or the highest trump) wins the trick. The game continues with a similar pattern until all the players have played the cards in hand, i.e.,13 tricks.

The spades game is scored by hand, and the player who makes the pre-decided number of points in the game is the winner. Usually, spades is played for 500 points, but a shorter game is played for 200 points.

If the player breaks a contract or doesn’t win an equal number of tricks as the bid, the player’s score becomes zero.

How does a player or team win in a Spades game?

Spades are broken when a player cannot follow suit because they don’t have a card of the same suit and plays a spade. It also happens when a player has no other option than to lead with spades. For instance, the first player played Hearts, and the second player followed suit, but the third player didn’t have a Hearts card, so he chose to play Spades instead.

Even after learning all the rules of the Spades game, one must still implement a few strategies to win the game. The main areas where you may get stuck as a new player is bidding and leading. As you must avoid making too many bags, you must know the bidding strategy. You may also get confused about which card to lead with if you are the first player in the game. Here’s how you can solve such issues.

How to bid correctly?

The most crucial skill in winning spades is making the correct bid. You will get better at making correct bids as you get used to playing the game. However, you can use some tricks for bidding correctly.

For instance, when you look at your cards after they are dealt, start by counting the high cards and focus on the Aces and Kings you have in hand. If you have two Aces and two Kings, there’s a possibility of winning 4 tricks, but to be on the safer side, you can bid 3 tricks instead.

How to lead in Spades?

If you are the first player to lead in spades, it is essential to figure out which cards to lead with. It may be confusing to pick one card out of 13 when you are a beginner. But you will gradually figure it out.

Analyze your hand and focus on suits where you have only one card. If you have a low-value spades card, you can get rid of the only card of a particular suit. So the next time someone plays a card from that suit, you can play a spades card and stand a chance to win the trick.

If you have Aces of any suit, you may also lead with those cards, as you will most likely win that trick.

The Spades game is one of the easiest card games out there; therefore, learning how to play spades and mastering the game should be a piece of cake. Keep the rules and strategies in mind, and with good practice, you will find yourself getting better at the game and winning more tricks.