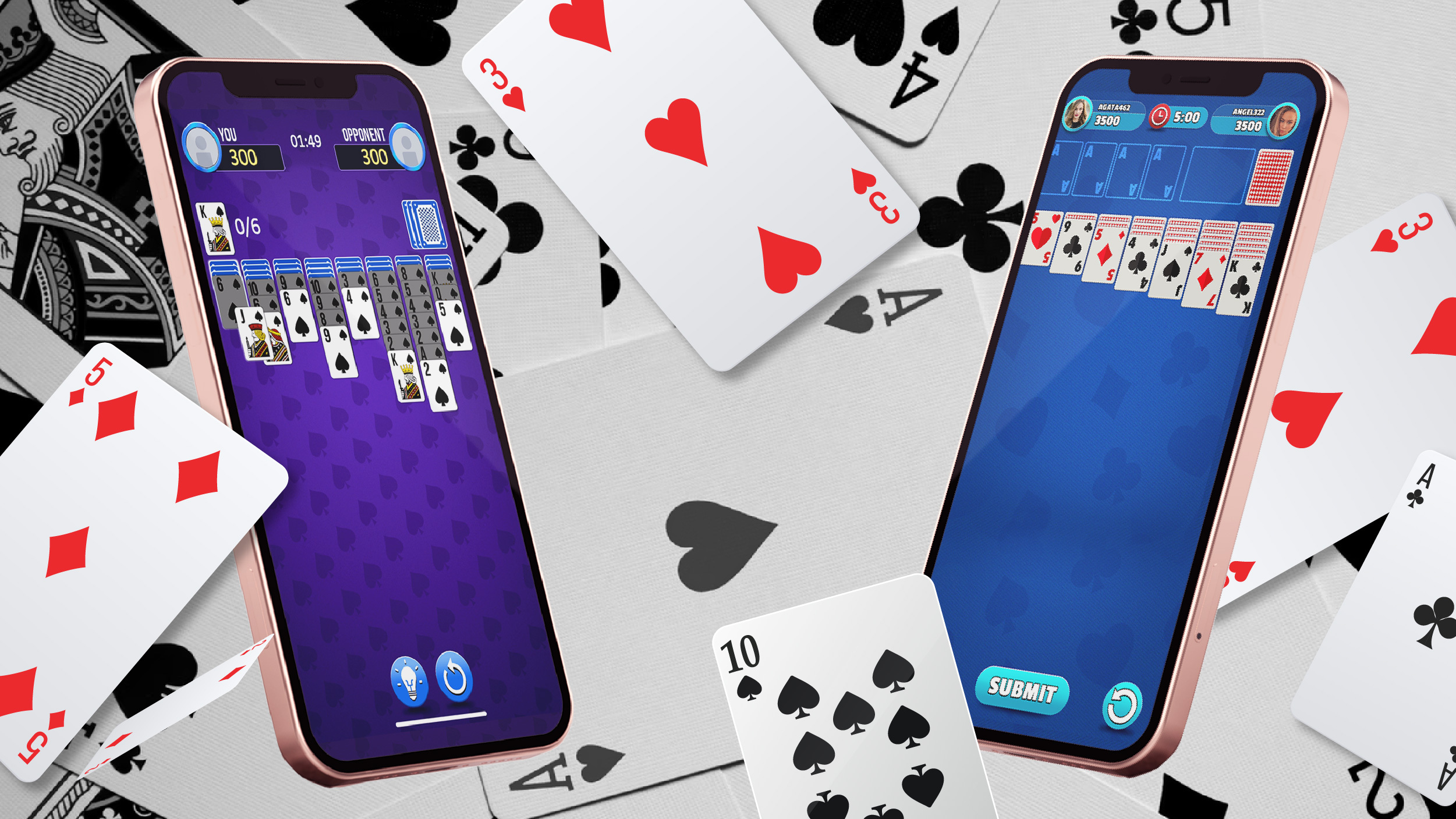 In many parts of the world, the term Solitaire is wrongly used to indicate a specific card game such as Klondike or Patience. In reality, though, several types of Solitaire games exist.

Among all the types, Klondike remains the most popular version. It was the first game to ignite the humongous popularity of Solitaire card games as a whole when it came included in Microsoft’s operating systems in the 1990s. Right now, numerous other versions are competing for that number one spot.

Some of the well-known types of Solitaire games share quite a few similarities, especially since all of them are designed for a single player to play (thus the term Solitaire). Nonetheless, minor differences and nuances render each version unique, engaging and challenging in its own right.

Let’s take a closer look at a few popular Solitaire game types known to most online gamers of today:

As mentioned earlier, Klondike is the most well-known version of Solitaire. While the origin of the game is uncertain, its first appearance is evident during the 19th-century gold rush in the Canadian region of Klondike, from where it borrows its title.

The game’s goal, which uses a 52-card deck, is to arrange cards by suit, beginning with the Ace and concluding with the King, on empty spaces known as the foundation piles. The cards are dealt into seven piles on the tableau. Only the top card in each tableau pile is face-up. All other cards are face-down.

The players need to form sequences and move them within the tableau piles to access and expose the bottom cards. On the tableau, create sequences in descending order from King to Ace in alternate colors. Only Kings can move into the tableau’s empty spaces. The remaining cards form the stockpile, which can be brought into play while building sequences.

While Klondike may be the most well-known version, Spider Solitaire grabs the top spot for Solitaire games with two or more decks. It takes its name from the eight foundations that must be built to win the game, as spiders typically have eight legs themselves. The probability of winning a Spider Solitaire game is said to be around 1 per 3 games.

Solitaire Spider uses up to four decks (the maximum in Gigantic Spider). Depending on the difficulty level, you can play Spider Solitaire with one or more suits. The tableau setting is similar to most Solitaire games, with a stockpile, a discard pile, and foundations. Also, the cards are all exposed, and you can only move completed sequences to the foundations.

The basic game objective is to create suit sequences within the piles, from King to Ace. When more than one suit is used, Spider Solitaire gets a lot more challenging. Dabbing the stockpile adds an extra card to every pile. The MPL version of Spider Solitaire follows a set timer and uses a single deck and single suit (Spades), making the battles easy, fast-paced and thrilling.

FreeCell has a lot in common with Klondike. However, it needs a more strategic gameplay approach. As far as Solitaire games go, the solvability factor is on the higher side for FreeCell. Estimates say that 99% of FreeCell games are solvable.

Like Klondike, FreeCell also uses a single deck, and the cards are dealt into seven piles. There is no stockpile, and all cards are dealt. The face-up cards remain visible to the player. The objective is to build the four piles of foundations by suit.

The significant difference between both is the existence of four empty spaces on the tableau, i.e., the free cells. Players can send cards to these cells to free the ones beneath them. Once a card occupies a free cell, it can be brought into play again only for building a foundation sequence.

Solitaire Cube is a game that all card-game enthusiasts are bound to enjoy, be it an amateur or an expert. The game is played using one deck of 52 cards and four suits. To win Cube Solitaire, players are required to assemble all cards in the tableau and move them eventually to the foundation pile in the order of A,2-10, J, Q, K, of the same suit.

You can find a captivating version of Cube Solitaire on the MPL app, with each game lasting five minutes. Play a one-on-one battle for free or cash rewards against a random online opponent. The tableau comprises seven piles of 28 cards. The remaining 24 cards are in the stockpile, while the foundation includes four empty spaces. This is the basic layout of the game board. Complete all game objectives or secure higher points than the opponent to win – it’s as simple as that!

The single pyramid shape formed by the dealt cards is where the game gets its name from. Though its rules and layout are pretty simple, Pyramid Solitaire games are incredibly tough to win. Two things determine the probability of winning: the different permutations of card positioning on the tableau and the player’s fundamental approach.

As a Solitaire pairing game, 28 face-up cards are set on the tableau in a pyramid shape. Only those cards that are uncovered can be brought into play. The mission is to dissect the pyramid by forming pairs of cards equal to thirteen points, notwithstanding their suit. The King, valued at thirteen points, can be removed independently while the Queens and Jacks carry twelve points and eleven points each, respectively.

You can draw a single card at a time from the stockpile and attempt to match it with a card on the pyramid. The difficulty levels vary based on the number of times a player has to go through the stockpile.

Other popular types of Solitaire games you can currently play online include:

Play any card of the same rank or suit on the card to the left or three cards to the left while dealing cards from left to right. Make all moves in piles until you have a single complete pile.

The idea is to get all cards into a single pile in Aces Up. You begin with four face-up cards and a deck that you can work around. Four new face-up cards are dealt until you’re left with only Aces when you’re out of moves.

An exciting mix of FreeCell and Klondike solitaire, Alteration begins the game with one of the cards facing up and the other half facing down on the tableau in seven columns of seven cards. The goal is to build your foundation pile in descending order from Ace to King by suit.

This Solitaire game takes a more straightforward approach by only requiring you to build the four foundation piles from Ace to 7. You begin with four face-up cards on the board to create from.

Begin the game with eight columns of three cards on the tableau. You can only move cards to those piles that are larger. You need to build a foundation from ace to king of all four suits.

You begin with thirteen columns of four cards with just the top card on the tableau facing up. You need to reveal hidden cards to build the found foundation piles by moving cards on the tableau to those having an opposite color and one rank below (for instance, 8 of spades into 9 of hearts).

Clock Solitaire is a unique game that significantly depends on luck to win. In this game, you must arrange cards akin to a clock’s face and try matching up all four suits before revealing the fourth king.

In this fun solitaire game, you seek matching pairs of cards (regardless of the suits). All the cards are dealt face down on the tableau in four columns of thirteen cards.

As the title suggests, all the foundation piles begin with two cards. The game also employs two decks of cards for play.

The game is also known as Vanishing Cross, where the foundation and tableau sections form a cross. The difficulty level is on the higher side, with an objective to move all the cards to the foundation piles before you run out of moves.

It follows the style of pyramid solitaire, where all cards are dealt with twelve piles on the tableau. Five piles have five cards each, while the remaining have four each. The game’s objective is to come up with pairs that equal fourteen (14).

Gate is a super-fun, super-engaging solitaire game where you have eight tableau piles and two reserve piles with ten cards facing up. Move cards around the board in an attempt to build four foundations.

The joker cards enjoy the high spot in this game. It otherwise follows the same rules as Klondike, but the jokers make it exciting!

It uses two decks of cards and builds sixteen foundation files from six to jack and five to king, alternating. The intriguing aspect of this game is that the foundation piles do not follow suit, instead just the number order. To begin, the queen sets the ball rolling.

You have to build eight foundation piles in the game with two decks and eight columns of three cards on the tableau. The first four foundations follow suit to ten. However, the last foundation piles are royalty (of alternate color).

The game features thirteen piles face-up on the tableau. Players need to build four foundation decks of a similar suit. They can add cards to the tableau piles, given they’re one lower and in the same suit.

A relatively longer game suitable for advanced players, Streets requires you to build four ascending foundation piles of a similar suit. You can add cards to the tableau, but they should be one lower and of a different color. No re-deals are available.

We play the game with two decks, offering one re-deal. You must create foundation piles of kings, queens, and jacks to the aces.

Running blind is typical in this game, with three of your ten tableau columns comprising face-down cards. The objective is to expose those hidden cards and develop four foundation piles.

The standard online version of the game is pretty straightforward and enjoyable. You need to move cards around on the tableau in ascending order by following suit. However, the ploy of the game is the four columns of hidden cards that you need to expose to win.

There’s no stockpile in this game. All cards are dealt onto the board in seven columns with many numbers of unexposed cards. You must create four foundation piles beginning with an Ace by assembling different colored cards on a lower value, like a black 6 or a red 5.

Now that you know some of the best versions of Solitaire, are you excited to try some of these? You can instantly play Spider Solitaire and Cube Solitaire on the MPL Pro app. No better time than now to download and install the app!