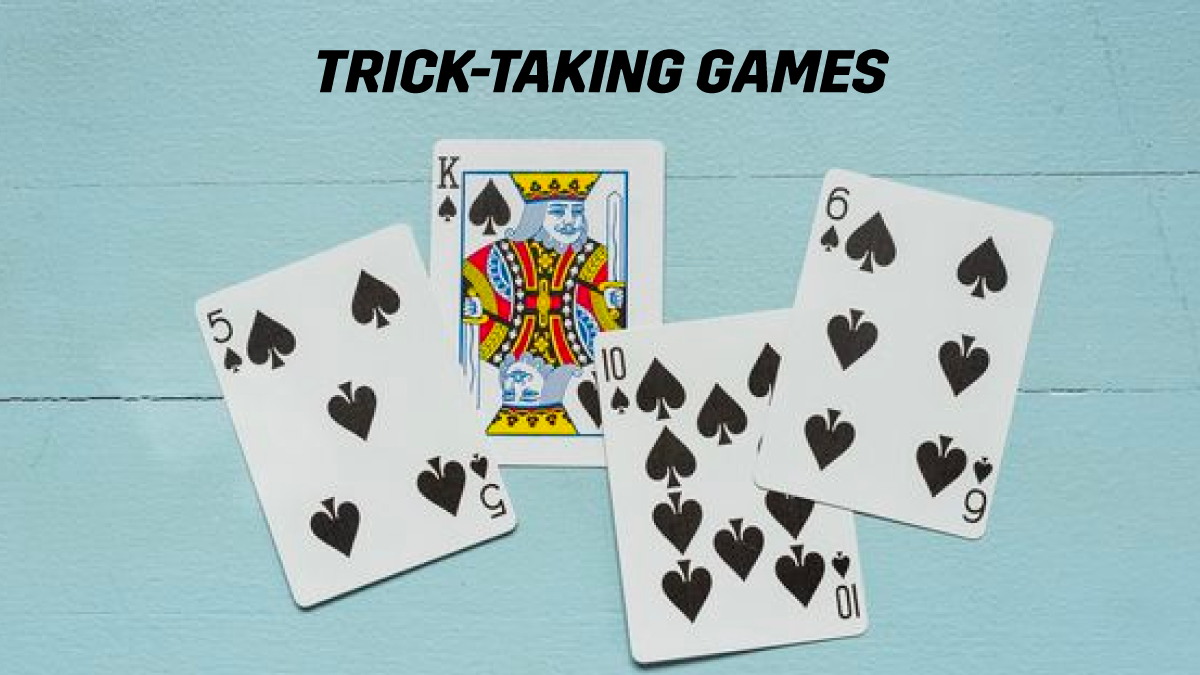 Card games have always been fascinating for people of all age groups and geographical regions. Whether it is about playing challenging card games such as Poker and Rummy or relatively easy games such as Spades and Solitaire, card games never seem to lose their popularity across the globe.

There are numerous card games similar to Spades that are based on trick-taking. If you enjoy playing such games, here’s a list, curated exclusively for you, containing six entertaining card games similar to the Spades game. But before you take a look at what each game is like, you must know what Spades is and how it is played.

Also Read: Types of Solitaire Games You Should Know About

Spades is a card game that originated in the 1930s in the United States. The game’s name is based on the suit that plays the role of trump – that’s right, it’s the spades suit. The game is usually played between two to four players in a partnership or individually. The objective is to make the number of tricks the player bid before the game begins and score points.

Unlike other games such as Hearts, Oh Hell, and Bridge, where the trump is decided at random or by the highest bidder, the spade suit is always the trump in the Spades game. The cards are ranked from highest to lowest as Ace, King, Queen, Jack, 10, 9, 8, 7, 6, 5, 4, 3, 2. Therefore any card of a higher order can beat a lower card of the same suit.

At the beginning of the game, each player receives 13 cards, and the players bid the number of tricks based on their cards, with a minimum of one trick each. The player on the dealer’s left plays the first card of choice, and the other players follow with cards from the same suit. The first partners to reach 500 points win the game.

Other Trick-Taking Card Games You Must Try

The Call Break game is a close alternative to the Spades game with slight tweaks. Essentially, call break is also played between four players using a standard deck of 52 cards. After looking at their cards, the players must bid the number of tricks at the beginning of the game. The game is played in five rounds, and each player has to make at least an equal number of tricks bid at the start of the game. At the end of each round, the score is calculated based on the number of tricks won. If a player wins fewer tricks than the number they bid, the player gets a negative score. At the end of five rounds, the player with the highest score is declared the winner.

You can play call break online against real players or in a physical face-to-face setting with friends and family. Beginners have the option to get the hang of the game by practicing with free games against online players. Players can also play multiple cash games and stand a chance to win cash prizes.

Wizard is a fun little card game that comes closest to playing a trick-taking game using a standard deck. It’s likely the most enjoyable and accessible game on the list for having a game with most of the ardent traditional card game fans. It is essentially a bidding game where players bid for the number of tricks they’ll take in each round.

The fascinating thing about the game is that its starts with a single card hand and progresses from there, round two – you’ll have two cards, round three –  you’ll have three cards, and so on. The deck is pretty similar to a regular deck of cards with four Wizards and four Jesters added. Jesters end up losing while Wizards win all the time. Wizard also offers the possibility of having two to six players simultaneously play.

The Euchre game, too, has many fans as it is pretty similar to the Spades game. The game is played between four players that play as a team of two. However, unlike Spades, the game is relatively simple as it is played with either 24, 25, or 32 cards. Euchre itself has several variations in the rules and the number of players, such as three-handed euchre.

The gameplay is similar to the above game, where the players are required to win tricks. The objective is to be the first player or a team to reach the predetermined number of points by winning maximum tricks.

Another old card game that remains in the hearts of many is the Hearts game. The Hearts game was derived from the Reverse game of the 18th century. Hearts is an individual game played between three to seven players. It also has some variations, such as omnibus hearts and cancellation hearts.

The Hearts game is called a successor of reverse because, in this game, the goal is to lose certain tricks instead of winning them. The players must watch out for cards of the heart suit and the Black Maria, which is the queen of spades. The scoring of the Hearts game is also reversed, and the player with the lowest score wins.

Also known by names such as Oh Pshaw and Nomination Whist, Oh Hell is a trick-taking card game similar to Spades but slightly different. Unlike the Spades or Call Break games, where winning extra tricks gives extra points, winning extra tricks is a fail in the Oh Hell game.

In the Oh Hell game, the players must win the exact number of tricks as they bid at the start of the game. The game is played for a fixed number of deals between three to seven players, and the trump is decided by drawing a random card after the cards have been distributed to all the players.

Last on the list, but definitely, a must-try is the Pitch game, also referred to as setback, high low jack, or auction pitch. The game is played between three to five players, which can either be played individually or in teams of two players. Pitch includes trick bidding, and the player that bids the highest tricks is called the pitcher.

Pitch is rather a relatively complex game compared to other similar games as the rules and scoring of the game are a little complicated. Each player is given six cards, and the players can either bid or pass in their turn. The lowest bid has to be two, with the successive bids higher than the preceding one. The first player that reaches a score of 7 points is declared the winner.

These trick-taking card games are based around the same gameplay, but the slight changes in the rules of different games make them more thrilling. The best thing about these card games is that you can always play them offline with friends whenever you get together. Include these trick-taking card games in your list during your next game night and watch how the fun unfolds. Also, if you’re interested in other classic card games such as Spider Solitaire, Cube Solitaire, or 21 Puzzle, get the MPL app and start playing to win fantastic prizes!