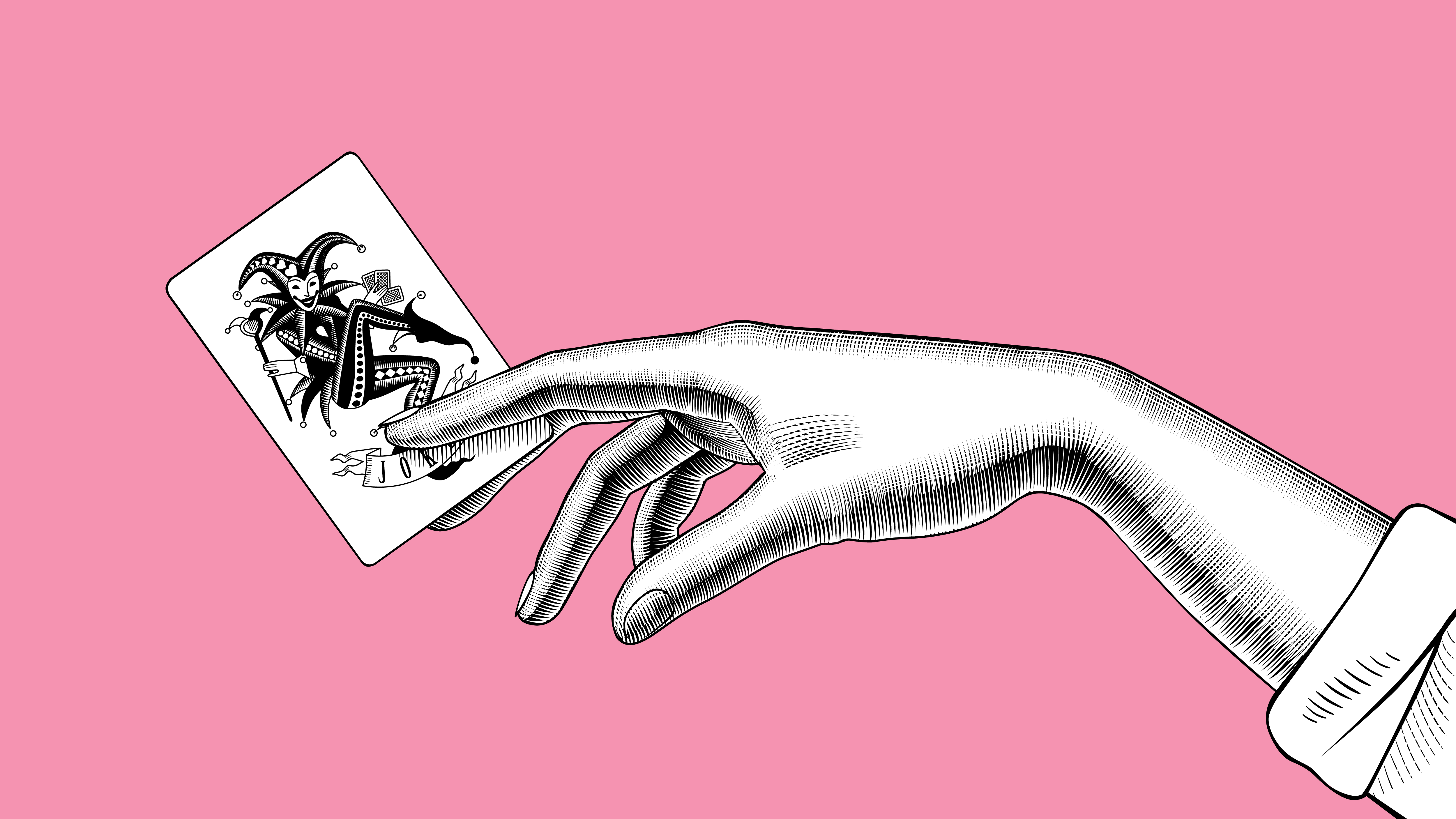 You will always come across two sets of Joker cards in a standard deck of cards. Have you ever wondered what the purpose of this card is? Where did this card come from? Many a time, people associated this card with fortune-telling. The first Joker card came into existence during the late 1800s. When new rules in the game of Euchre appeared during the 1860s, they needed an extra trump card of the highest rank. The card, which later became known as Joker, or the Jolly Joker, flooded the American market.

History of the Joker Card

The card first appeared in printed decks in the 1860s- this happened a few years before the first succession of The United States Playing Card Company in Cincinnati, Ohio.

It is believed that the word joker originated from Euchre. Or it could’ve come from the word “joke” as well as “joker,” which was already in use. However, the concept of the card came from the Euchre game.

Players of the American Euchre introduced some new rules to the game. These new rules required an extra trump card, which they referred to as the Best Bower, the highest trump card available. By the 1880s, manufacturing packs started coming out with the Joker card. The Joker or Jolly Joker is the Best Bower card.

These cards often had a different design, often the company’s branding, which included things from the logo, a floral or architectural shape. The jester image became universally adopted after the “Joker” name. The Fool card in the Tarot is also similar to the Joker card. Then these cards gradually gained popularity in mainstream card games as well.

Why are there two Jokers in a deck of cards?

Even though bridge eventually overtook the euchre pack as the most in-demand game, they did not introduce them in other card games. Later, it became a part of prominent card games like poker, canasta, and war. Most games use it as a wild card or a trump card.

There are speculations that every deck has 2 of these cards manufactured to have an even number of cards.

In a regular deck of 52 playing cards, each card has a different value in suit or family. Players use them in various permutations and combinations, depending upon the game. The basic cards in each game are Ace, King, Queen, and Jack. With that comes along the Joker card.

In a new deck, there are generally two Jokers. The use varies greatly. Most card games discard the card completely. They are either replacements for lost or damaged cards in a deck. The game of Euchre uses as the highest trump. They are often wild cards, which allows for representing other existing cards. The term “Joker’s Wild” originates from this.

The Joker Card can be extraordinarily beneficial or destructive. This card represents the highest trump in Euchre.

In poker, it is the wild card. In Old Maid, a children’s game,  it is a card you avoid. Do any Card Games use Joker?

Many games do use Joker either as wild cards or blank cards. Here are a few instances where we see the use of Joker in a variant game:

Canasta: The Joker is a wild card or a deuce card. But the card has 50 points in melding, while Deuce gets 20 points.

Gin Rummy: It is a wild card used to complete a meld as any necessary rank or suit.

Chase the Joker: A version similar to Old Maid, where the card is used instead of an Ace.

Poker:  Here, it is used as a wild card or a bug. A bug is a limited edition of a wild card to complete straights and flushes.

War: Amongst all the playing cards, it is the most important card. In some variants of this card game, it beats all other cards.

Pitch:  Jokers here are used as point cards. They are marked as “high” and “low,” one outranking the other.

Daihinmin: Is a wild card or a deuce (which ends the round and clears the discard pile).

Crazy Eights: This is a skip card, like Uno, which, if used on any other card, forces the player to lose a turn.

Spades: Here, the card is essential like actual cards because you can use it for two purposes. While playing it with three or six players, you can add it to deal the cards evenly (18 or nine cards each). These are “junk” cards, or they count as the two highest trumps or highest value card. The two cards are differentiated; the “big joker” outranks a “little joker’. They are also created as a “pseudo-trump.” This means an Ace of Diamonds and Joker played together would be counted as an Ace of Hearts, inferior only to a natural Ace of Spades.

Double King Pede: The lowest-ranked card but worth 18 points.

Go Fish: The pair is often used to bring the number of pairs to 27, prevent the 13-13 tie, and do one when it is a game with two players.

Dou dizhu: Jokers are the highest card in a deck of playing cards. Within both the cards, one is little, one is big, and usually, the colored one is bigger, which brings more points.

Most of the patience games eliminate the Joker card. Nonetheless, a few versions of Solitaire games use Joker as the wild card.

When the natural card is unavailable, place the Joker on the foundation. You can place any applicable cards over it. When that particular card is available, it replaces the Joker card. Until an Ace comes along, it is there on an empty foundation.

The Joker in Free Cell is also a wild card; you can add it to the foundation pile. Add the other cards in the usual sequence. Until the natural playing card is available again, it stays. Place the card on top of its foundation pile, then build another foundation pile.

Again used a wild card. You can choose what purpose this card can serve within the playing cards. This is helpful while canceling out higher cards by making a “set” that leaves you with zero points. Some variants also use the 2 card as -2 points rather than face value. In six card golf game, they have a negative 2 value. If two cards in the same column form a matching pair of the same value, the point total for that column is 0.

The player with the lowest score at the end of 9 rounds wins.

The card has a similar role as it has in Forty Thieves. Two of them are used in some versions, with the black one as a wild black card while the red one is a wild red card.

The player can place the Joker card on top of the waste pile. In that situation, for any card, the player can remove it from the pyramids.

The players use Joker cards to clear out a row, sometimes called “Joker Bombs.” When players deal into a column, you reshuffle into the stock after removing from the game. This leaves an empty slot that the player can use later. This increases the chances of winning.

What is the use of a Joker Card?

There are usually two Jokers in a standard deck of cards. The use of the card is different for different games. Many card games discard it completely; hence, it is often used to replace lost or damaged cards in a deck. In the Joker card, note down the lost card’s suit.

Is Joker card considered in Tarot?

The Joker is often compared to the Fool in the tarot cards or tarot decks. They have similarities in both their appearance and functions. In central Europe, the Fool card becomes the highest trump. You can play at any time to avoid following suit.