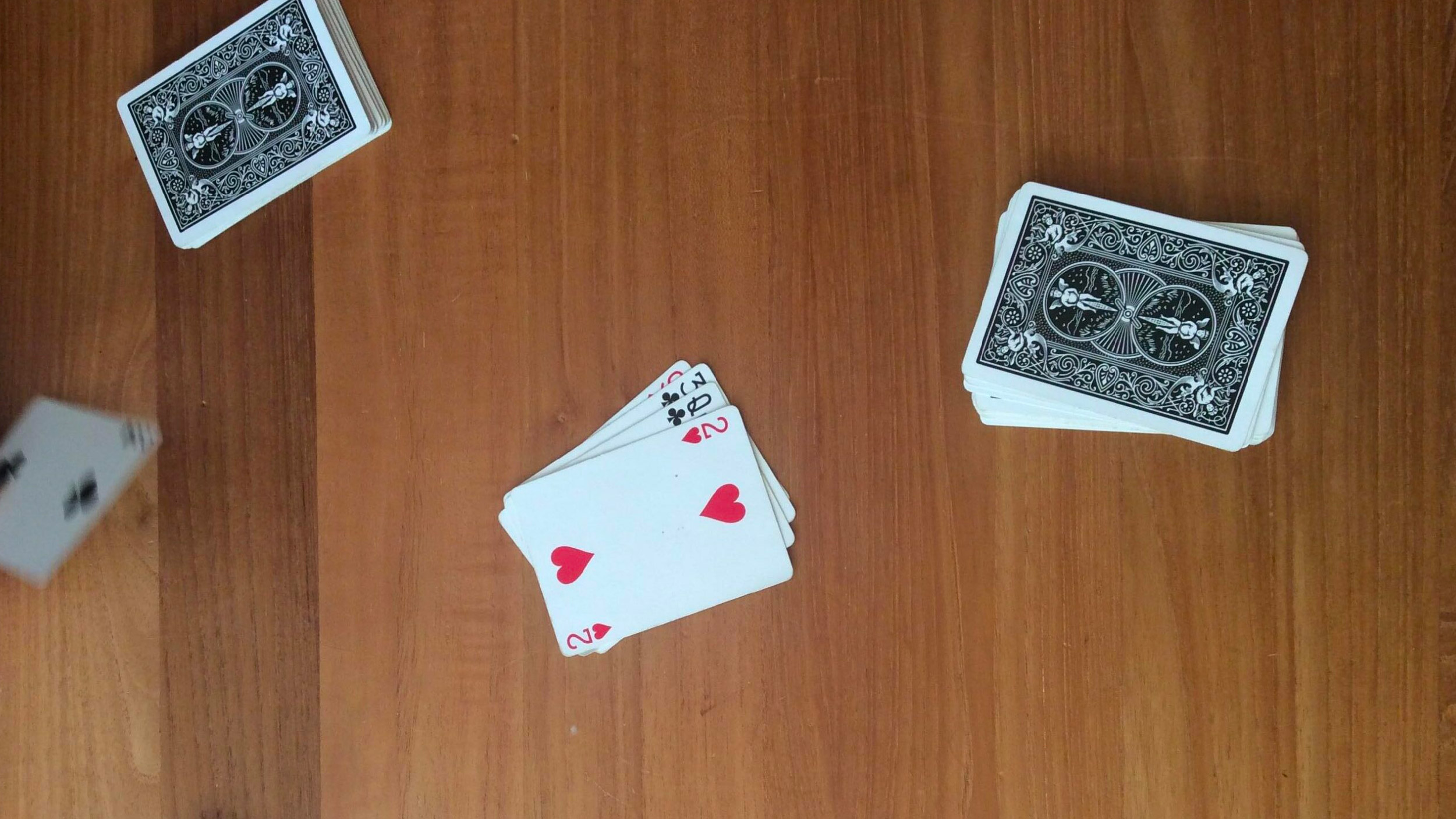 Among the innumerable card games available, Snap is one game that you can learn. It is a simple matching game that tests your competitive spirit to the T. You can play it with a large group of friends, practically with more than six players. You simply need a deck of cards to begin playing Snap card game!

As mentioned above, Snap is a matching game. These rules pertain to a standard deck of cards. It is a relatively simple game with a few rules. This game primarily challenges your competitive spirit and is very easy to understand.

The game starts with the player on the left of the dealer. Then the play progresses clockwise. Each player turns over the top card from their face-down pile when the turn arrives. When someone turns over a card that matches with another player’s face-up player’s pile, the players race to be the first to call “Snap!”. The player who calls out “Snap!” first wins both piles and adds them to the bottom of their face-down pile.

Each player needs to turn the card away from them when moving a card from the face down to face up piles. This will guarantee that the player does not see the card before their opponents. Turn the card as soon as possible!

If two players call “Snap!” simultaneously, you place the piles at the center of the table and combine them into a face-up pot with one of the two matching cards on top. The game continues thereafter.

How to eliminate ties?

What happens when a player makes a Mistake?

When does a Player Win?

Some cards will remain in the pot when all the other cards have been claimed. In this case, the winner is the player who wins all the cards which are not stuck in the pot. Till the player wins all of the cards, the game continues.

How to Win Snap Card Game

This game tends to bring out the best competitive instincts in players. Here are a few tips for playing Snap and winning every time.

When two consecutive cards match, any player who sees this may call snap. The first player who calls wins the center pile and adds it to their cards face down. A player who calls “snap” at the wrong time must give the top card of their pile, face down, to the player for whom they called incorrectly. Players who turn out of cards drop out of the game, and the last player holding cards is the winner.

When two or more players call “snap” simultaneously, the central pile is moved aside to become a “snap pool.” Subsequently, if the top card of the center pile matches a pool, the first player who calls “snap pool” wins the pool pile.

Simultaneous calls is a game where two or more players shout snap precisely simultaneously. The matching piles are combined into a single pile and form an additional snap pool, placed in the center of the table. When multiple players call “snap pool” simultaneously, the player pile that matches the snap pool is added.

Place an object in the middle of the table. The players grab the object by calling Snap. They can solve problems with simultaneous calls in this way. If many people put their hands on the object, the one who has placed the hand first will own the cards.

Only owners of equal cards may call Snap

In this game, each player has a pile. Only the owners of the matching cards are allowed to call it, and the first one to do so wins both piles.

Now you know how to play Snap and all its variations. It is reasonably easy to learn this game, and it brings out the best competitive spirit. Gather your friends around and play the game right away!