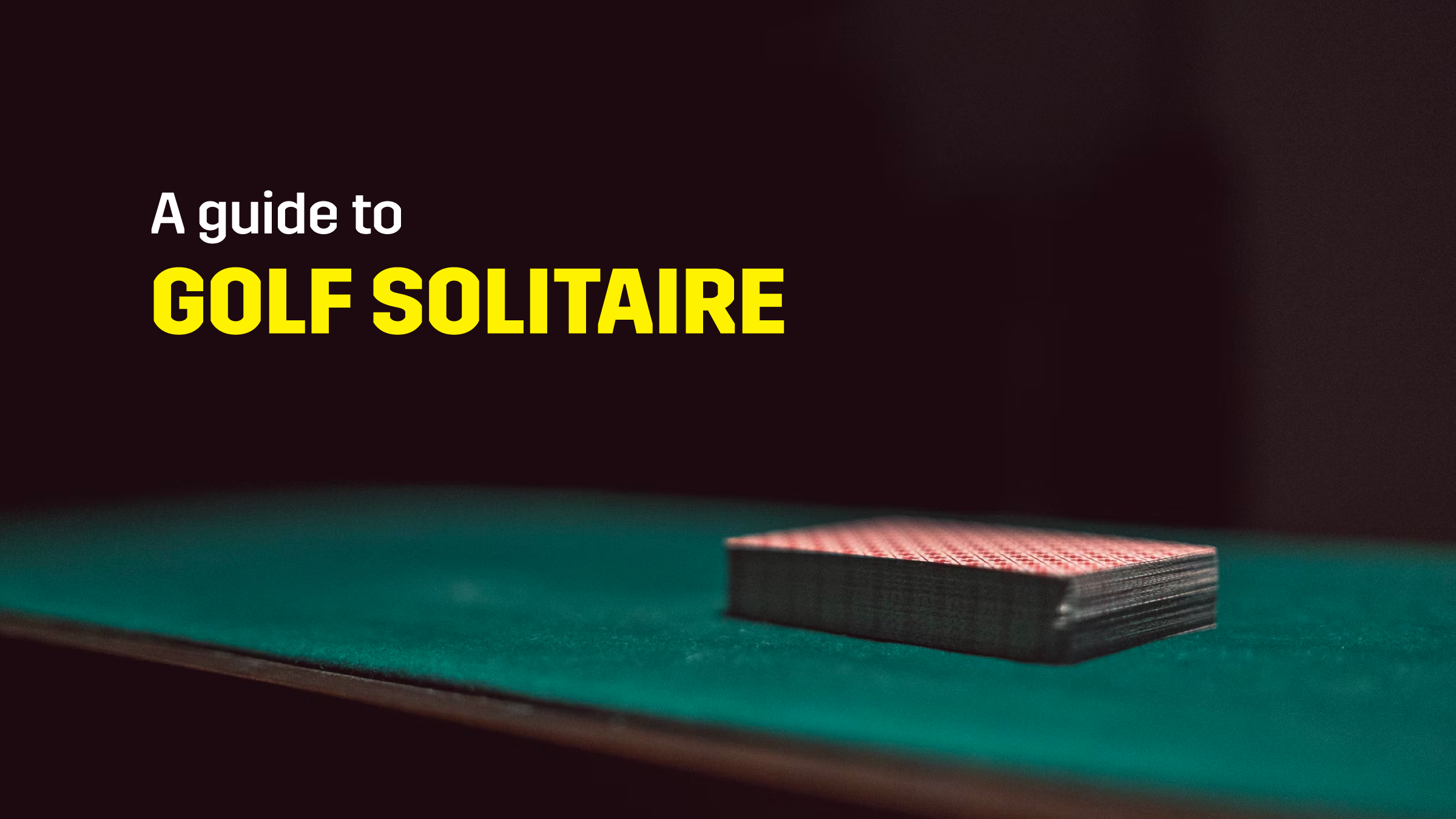 The Golf Solitaire game is considered a casual game great for amateurs and beginners in card games, mainly due to its fast pace and simplistic gameplay. Think of it as an easy version of one of the most classic card games. About 93% of Golf Solitaire games are winnable. This makes it fun to play and worth your time since the winning chances are comparatively on the higher side. Here’s everything you should know before playing the game!

The game board in Golf Solitaire constitutes the following:

You win a game when cards from all the columns have been moved are moved to the discard pile. The number of stock cards left does not matter. You lose the game if there are zero possible moves left and the stock is fully depleted. However, in the online version, you can always use the Undo button to execute various strategies.

As the goal is to get rid of all cards, the most significant thing is the number of cards remaining. If you have zero cards left, you’ve won. Sometimes, the game also takes note of the number of moves made to reach your result, so when two players compete for a better outcome, the player who manages it in lesser moves is considered to have the best result in that game.

Like other similar card games, you’ll use a standard deck with the wild cards (Jokers) taken out. This makes the number of cards 52. You can also use a custom/novelty deck if you wish, altering some of the suits and ranks.

The Object of the Game

As mentioned above, the objective is to move all cards from the seven tableau columns into the discard/waste/foundation piles as fast as possible. The tableau is your key playing area – you can compare it to a golf course inthe sport of golf. Just as you strive to finish the game with as few strokes as possible in golf, the same applies to Golf Solitaire, where you must complete the game in the least number of moves and total duration.

Since the rules of Golf Solitaire point towards the waste pile as the prime and only location to build from, you needn’t worry much about creating complex sequences that you see in other game variants. This simplicity enables some players to complete the game in record time and register tremendous final scores.

Golf Solitaire setup is pretty straightforward. Begin shuffling the deck and make seven columns comprising five cards each. The layout should be such that each card overlaps the preceding one slightly, except for the last card in every column. Once you create the tableau, place the remaining cards beneath the tableau facing down, which acts as the draw pile.

Read More: All About Klondike Solitaire

How to Play Golf Solitaire

At the beginning of the game, you will pick the top card from the draw pile and place it next to the pile facing up. This card now becomes the first one in the foundation pile, and the game’s playout is complete.

You must move cards from the bottom rows of every tableau column to the top of the foundation pile. In order to do this, the cards you expose must be at least one rank lower or higher than the top card in the waste pile. In this game mode, Aces are the highest or lowest ranking cards.

Gradually, there won’t be any playable cards left in the tableau. The fewer cards remain, the more likely this happens. At this juncture, an extra card will picked from the draw pile, and this card becomes the base for the discard/foundation pile. The gameplay continues until either all the tableau columns are moved to the discard pile (win) or if the draw pile runs out of cards and there are no playable moves left (loss).

Everyone familiar with TriPeaks Solitaire will find this game to be an easy mode of it (and frankly, it is!). Once you get comfortable as a Golf Solitaire pro, consider moving to the hard mode.

– Count your cards! This holds explicitly true for Aces, 2s, Queens, Kings, and Jacks. Like most solitaire games, you will need to expose new cards as the game progresses.

– Vacant piles have zero utility, so you’ll want to discard from longer piles at first.

– While it is a bit of a sidestepping tactic, you can always use the Undo button and try removing various cards to see which move proves to be the most beneficial for you.

Read More: Is Every Game of Solitaire Winnable?

If Golf Solitaire doesn’t seem like your cup of tea, you can always try other solitaire games. Check out Cube Solitaire and Spider Solitaire on the MPL Pro app. The higher your score, the better your chances of winning in 1v1 battles and tournaments. Play for fun and earn some extra income while at it. Sounds good? Download the app immediately!