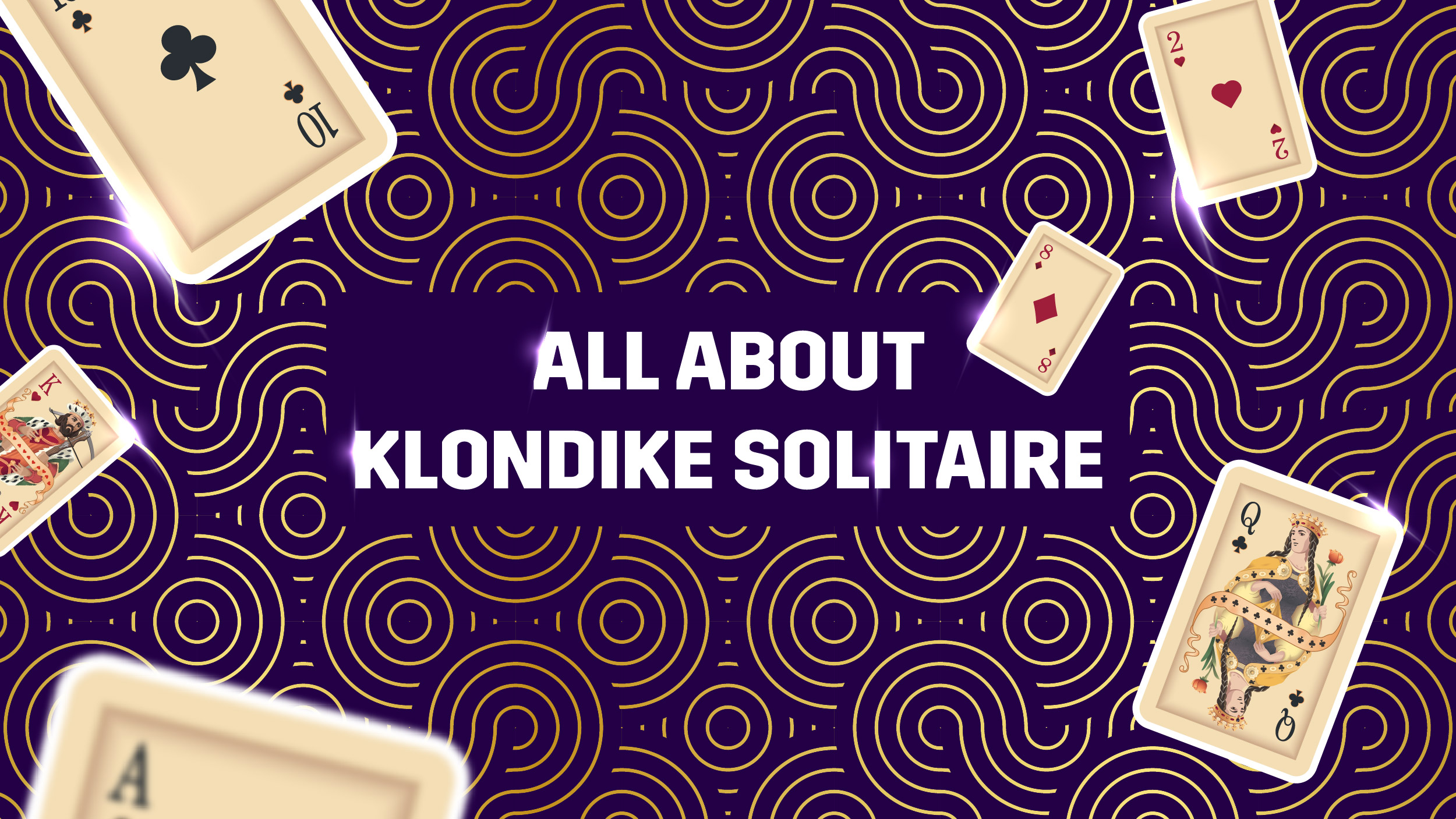 Solitaire is fundamentally any tabletop game playable by oneself, usually by using cards and occasionally with dominoes. The term “solitaire” also indicates all single-player games of skill and concentration that use specific layout tiles, pegs, or stones. A few instances of such games include mahjong solitaire and peg solitaire. More frequently, the game is played by one person, but some variants can also incorporate more players. Klondike is the most popular card solitaire, going by the name ‘Microsoft Solitaire’ when implemented digitally in the packaged Windows operating system starting from 1990.

What is Klondike Solitaire?

Klondike solitaire is one of the most effortless ways to play this classic patience game. If you’re a Windows user, you can play free klondike solitaire games as it comes loaded with your personal computer. If you aren’t, you can always play it on an embedded gaming website or download a gaming application such as MPL Pro for some Solitaire variants alongside a dozen other games.

The game’s classic version uses a single deck of fifty-two (52) playing cards. Klondike solitaire begins with a shuffle of the cards followed by dealing out twenty-eight (28) cards in seven piles onto the table. Your objective in the game is to arrange all the cards into the deck’s four suits (clubs, diamonds, spades, hearts) and accomplish so in ascending order — from Ace to King.

How to Set Up Klondike Solitaire?

As mentioned above, deal out twenty-eight cards into seven piles, which are your tableau columns, in the following manner: the first pile (in a left to right direction) has one card, the second pile has two cards, the third pile has three cards, and the format continues so that the last pile has seven cards.

Flip the top card on each pile face up so that there are seven face-up cards.

Keep the remaining cards aside, usually on the upper left of the layout, forming a draw pile or the “stock.”

How to Play Klondike Solitaire?

As you deal out cards, remember to turn the topmost card of each pile so that it faces up. This means one should have seven face-up cards after setting up. Also, it is essential to note that you must place a card with a lower value and of alternating color underneath the top card.

Foundations are available when you start playing the game. It helps to play all four aces above your tableau, creating four foundations. Also, the same suit cards have to be played in ascending order over each Ace. Once a card is played to a foundation, you cannot move the card, although some online/offline versions allow back and forth movements between the cards in the foundations and the tableaus. This adds to your winning chances.

Cards should be played on a tableau in descending order (from King to Ace) in alternating colors. As such, if you have the top card as red, the card that follows should be black. A worthwhile strategy is playing cards on the tableau, which quickly reveals all cards in the column. For example, if your topmost card is a Jack of spades or a Jack of clubs, you can immediately play a ten of hearts, and if you have a 6 of diamonds or 6 of diamonds, you can place a 5 of clubs over it.

Whenever you move a card from the tableau, ensure that you turn the face-down cards to make them face-up. By doing so, they become available to be played or played upon. Also, when you empty a column, you can fill it with any available King. You start the gameplay with the help of the stock pile cards, essentially twenty-four (24) in number.

Pick three cards from the stock at a time and place them into a waste pile. Try hard not to change the order of cards in the said pile. Remember that you can only access the topmost card of every set. Picking the top card frees the hidden card beneath, and the game progresses in that fashion. Once you’ve exhausted your stock pile, have a second look at your cards and go through them in detail once again. You can only go through the stock three times in certain versions, but this rule is always subject to change. In a game where this rule is enforced, you lose the game once you’ve exhausted your three chances. In ones where it isn’t, you continue working out the next play.

Alternatively, you can go through the stock using one card at a time, and playable just once. Some players maintain that this rule helps Klondike become more exciting. The final option you can take is to browse the deck on three separate occasions, one card at a time, before quitting the game. No matter which method you use, ensure that this move reveals valuable cards underneath.

You can move face-up cards all around, leaving the face-down cards where they are. Remember to flip over the fresh top card on the tableau once all face-up cards are moved. Fill an empty space created due to using all the cards in a pile with a King. Turn a face-down card from the pile you moved the King immediately afterward.

Anytime you flip an Ace, whether it’s in the stock or the tableau, transfer it to the foundation to commence a new pile. You can move any top card from the tableaus to this new pile if it is possible. For example, if you place an Ace of diamonds in a foundation pile, you can add a 2 of diamonds whenever it becomes available and build them up. You win the game when you’ve built all the four suits in ascending order.

What is the Difference Between Klondike and Solitaire?

The differences between Klondike and Solitaire are summed up as follows:

Patience is a pretty significant aspect of the game, but here are some excellent tips that you can use to augment your winning chances, especially while playing klondike solitaire online:

#1 Move an ace or deuce card to the foundations whenever it becomes available. This significantly adds to your chance of winning at Klondike solitaire, as it’s a fundamental but practical move.

#2 If you have several move options, you’ll want to pick from the column that constitutes the largest number of hidden cards.

#3 The ideal move is always one that opens up avenues for multiple other moves. So, think ahead while moving your cards around.

#4 You should avoid building up a single suit of cards relative to several others in the foundations. Doing so typically makes it difficult to turn over more cards in the tableau of a color opposite to the foundation’s long suit.

#5 You can always change your mind while making moves. The undo button is a blessing in disguise in most online versions of Klondike, whereas this may not apply in the conventional offline version.

Klondike is undoubtedly one of the most fun card games you’ll come across online or offline. This card game requires fewer strategies and tactics, and for this reason, it is advisable to play even for children. It is also the most commonly played version of solitaire as it requires very little space, time, and effort. You can also play two exciting variants of Solitaire – Spider Solitaire and Cube Solitaire – right now by downloading the MPL app!