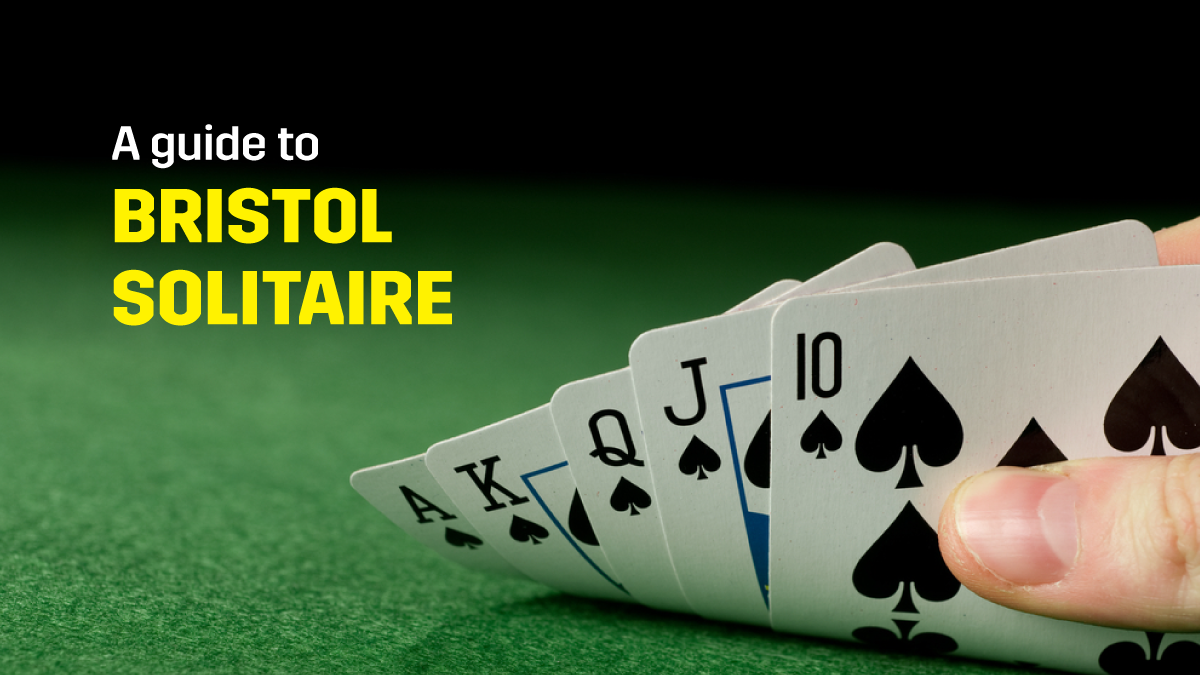 Bristol Solitaire is a not-so-popular Patience game played using a deck of fifty-two playing cards. It is essentially a fan favorite in the format of La Belle Lucie. One of the easiest versions of the game when it comes to winning, the game has an uncommon feature of building no matter the suit in both tableaus and foundations. Albert H. Morehead and Geoffrey Mott-Smith are responsible for inventing Bristol.

A game of Bristol Solitaire starts with twenty-four cards laid out over eight piles of three cards each. You can only move the top card in each pile to another pile. Build piles in the tableau from King to Ace regardless of the suit or build them up in the foundations by suit from Ace to King. This game’s winning chances are much higher than other Solitaire versions.

How to Play Bristol Solitaire

The Tableau: Each player is dealt twenty-four cards facing up to eight piles, three in each. Build cards downwards in any suit. Fill an empty column with a king.

Reserve: Three reserve piles are dealt one card each.

Stock: All remaining cards are kept aside to form the stockpile. When no cards remain in the stock, the game can still continue, but there won’t be any redeal.

Foundation: The four foundation piles are empty at the beginning of the game. Build foundations upwards and in suit, starting with Ace and ending in King. For instance, a 2 of spades can be put onto an Ace of spades followed by a 3 of spades, and a 4, 5, 6, 7, 8, 9, 10, J, Q, and K of spades. The same applies to all other suits.

Read More: All About Canfield Solitaire

Eight piles having three cards each are laid out over the tableau. If any king is not on the bottom of its respective pile, it is placed beneath. Three cards are then placed underneath these piles. This forms the base for each of the three reserve piles.

When any Ace becomes available to play, it becomes the first card on a foundation pile, over which you can build up to a King whether it pertains to the same suit or not. The same applies to the other three Aces.

When you have exhausted all initial moves, start turning cards from the stockpile. The cards in the stockpile are dealt onto the reserve, three at a time, one for every pile. Effectively, vacancies in the reserve are filled up during the deal. As such, whenever a reserve pile gets empty, it isn’t filled until the subsequent set of three cards is dealt.

How to Win Bristol Solitaire

As remarked above, a player wins the game when every card makes its way into the foundations. Considering that all build-up of piles is done notwithstanding the suit, the chance of achieving this feat is relatively high. Experts peg the winning percentage at 60% (or one in two games) overall.

Belvedere is one game that’s played in the same manner as Bristol, with the exception of one rule: Separate the Ace from the rest of the deck at the beginning of the game and instantly set up a foundation. Everything else remains the same.

In another variant, one can build foundations in any suit. However, you cannot fill up empty spaces with any available card. When kings are dealt, they are moved to the bottom, so they don’t block out the game!

Use the information in the article to play a game of Bristol Solitaire. In case other variants such as Spider Solitaire (1 suit) and Cube Solitaire interest you, download the MPL Pro app. It is an all-in-one gaming platform having card games, casual games, arcade games, and more. Also, play cash games and tournaments for a chance to win fantastic prizes!