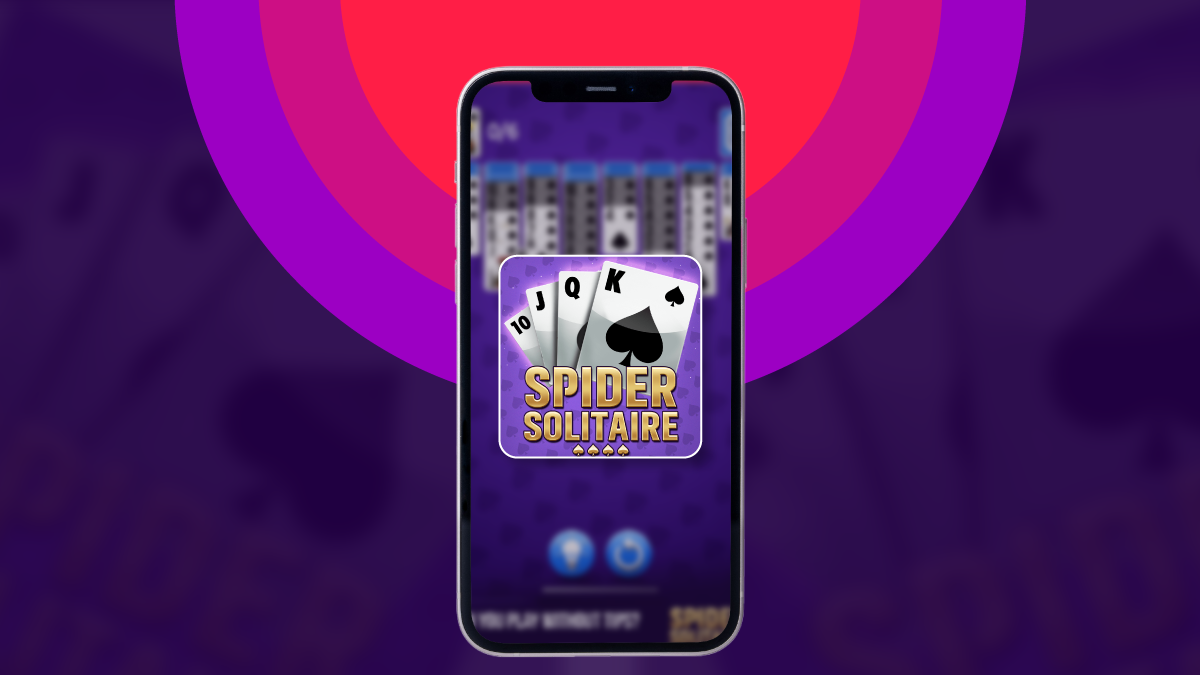 What is Spider Solitaire Card Game?

Spider Solitaire is undoubtedly one of the most popular solitaire games available on the internet. The game is usually played using two 52 cards decks – each deck contains one suit, two suits, or four suits, depending on the choice of difficulty. The goal is to create a set of 13 cards of the same suit in ascending order from Ace to King atop a pile. On the MPL Pro app, you can play the game in 1v1 and 1vN game modes.

It is pretty challenging to play Spider Solitaire, especially if you elect to play with four suits. That said, it’s effortless to learn. The basic rules of Spider Solitaire are simple, even when it takes some elaborate thought to attempt to win. Spider Solitaire is a game that warrants patience, logical thinking, and luck. You may not win the game on the first or the second tries. However, you will develop a solid winning strategy with time and have a blast playing Spider Solitaire.

Spider Solitaire: What You Should Know Before Playing

In the original Spider Solitaire game (with two decks of playing cards), the player has to carry out all building on the tableau columns with the foundations not participating much in the game. As per the game’s original setup, ten face-down cards are dealt in four rows to create the tableau columns. After that, four more cards are dealt face-down to the four columns lying extreme left, and then a face-up card is dealt to each column’s end. The remaining cards face-down cards are what form the stock.

You can move any exposed card from one end of a tableau column to another if it helps create a descending sequence (the suit does not matter). Hence, you must try to pack cards of the same suit if there’s a choice to; otherwise, you’ll end up finding the game blocks quickly. If you can form a complete descending sequence of cards from King to Ace of the same suit, it automatically gets transferred to one of the foundations.

When there are no more consecutive moves left to make on the tableau, use the stockpile to deal one more card to each tableau column. The idea is to fill all empty spaces in the tableau before you deal cards from the stockpile; this applies even if it requires breaking up an already-packed sequence. However, the game is slightly different and more fast-paced on the MPL app. This is where the classic Spider Solitaire experience gets a fun little twist!

How Many Decks Are Needed to Play Spider Solitaire?

The MPL platform only uses a single deck of playing cards and just Spades among the suits. All battles in the one-suit version are fast-paced since a timer applies. Regardless of the variant that you play, the basic rules remain the same throughout.

What are the Rules of the Spider Solitaire Game?

First, let’s understand the general rules of Spider Solitaire games, which are pretty simple to understand.

– You can move a single card onto a column if it is one less than the card it covers (e.g., A Queen of Hearts covers a Black King or a Red King). A Move a column of cards if they are all in the same suit. Due to this rule, it is best to form descending columns of the same suit wherever possible.

– You can place anything on a column if it is empty. Freeing up numerous options is what Spider Solitaire is all about. Therefore, ensure that you use this to good effect. If you decide to deal more cards, they shall cover all columns. At that point, you will have to rearrange them so as not to mess up any grouped columns you had previously created and arranged.

There are three well-known versions of Spider Solitaire. While all these Solitaire games employ the same basic rules, the card movement varies slightly between each version. For a better, clearer understanding, it makes sense to initially learn the detailed rules of the four-suit version followed by the two-suit version and the one-suit version.

The four-suit version of Spider Solitaire is the most challenging Solitaire game you’ll ever play. It is more sophisticated, and you’ll undoubtedly find it more demanding in comparison to the rest.

• You can move a single card to another pile only if the card being moved is one lower than the card it is placed on. For instance, you can place a 7 over an 8.

• Moving groups of cards is possible only when they are all in the same suit and in perfect descending order. For instance, you may move a 9, 8, and 7 of diamonds as a group onto an open Jack.

• Flip over if the face-down card in a column is open.

• Any single or group of moveable cards can be placed on an empty column.

• If no further moves are possible, you can deal ten cards from the ones remaining, one to each column. This applies if there is at least one card in each column.

• Remove an entire group of cards from play if they’re in a single suit, in perfect descending order. For instance, King of Spades to Ace of Spades. To win the game, you have to remove all the cards.

This relatively common variant of Spider Solitaire is seen in quite a few mobile and computer versions. While not as difficult to win as the four-suit version, two-suits pose an intermediate-level challenge.

• To understand this quickly, let’s assume that all black cards are one suit and the other suit is all red cards. Now, you can move groups if they are in perfect descending order, plus they should all be in the black suit or red suit. For instance, you can move 10 of hearts, 9 of diamonds, and 8 of hearts onto an open Jack.

• All other rules remain the same as that of the four-suit version.

Rules of Spider Solitaire: One Suit

The one-suit variant is what we can play on the MPL Pro app. The game is designed to find immediate results between players who need to think, strategize, and move fast.

• 27 cards are dealt to each player in the tableau.

• Move the top card from one tableau to another if it helps form a descending sequence.

• The same notion applies while moving a group of cards in the descending sequence to another tableau column.

• When a player completes a packed descending suit sequence from K to A in the tableau, the set automatically moves to the discard pile.

• A new row of five cards is dealt when the player cannot make any meaningful moves.

• The player who finishes the game before the timer runs out wins the battle. If neither player completes the battle within the stipulated time, the one with the higher score wins.

So, what are you waiting for? Download Spider Solitaire now and play anytime, anywhere.