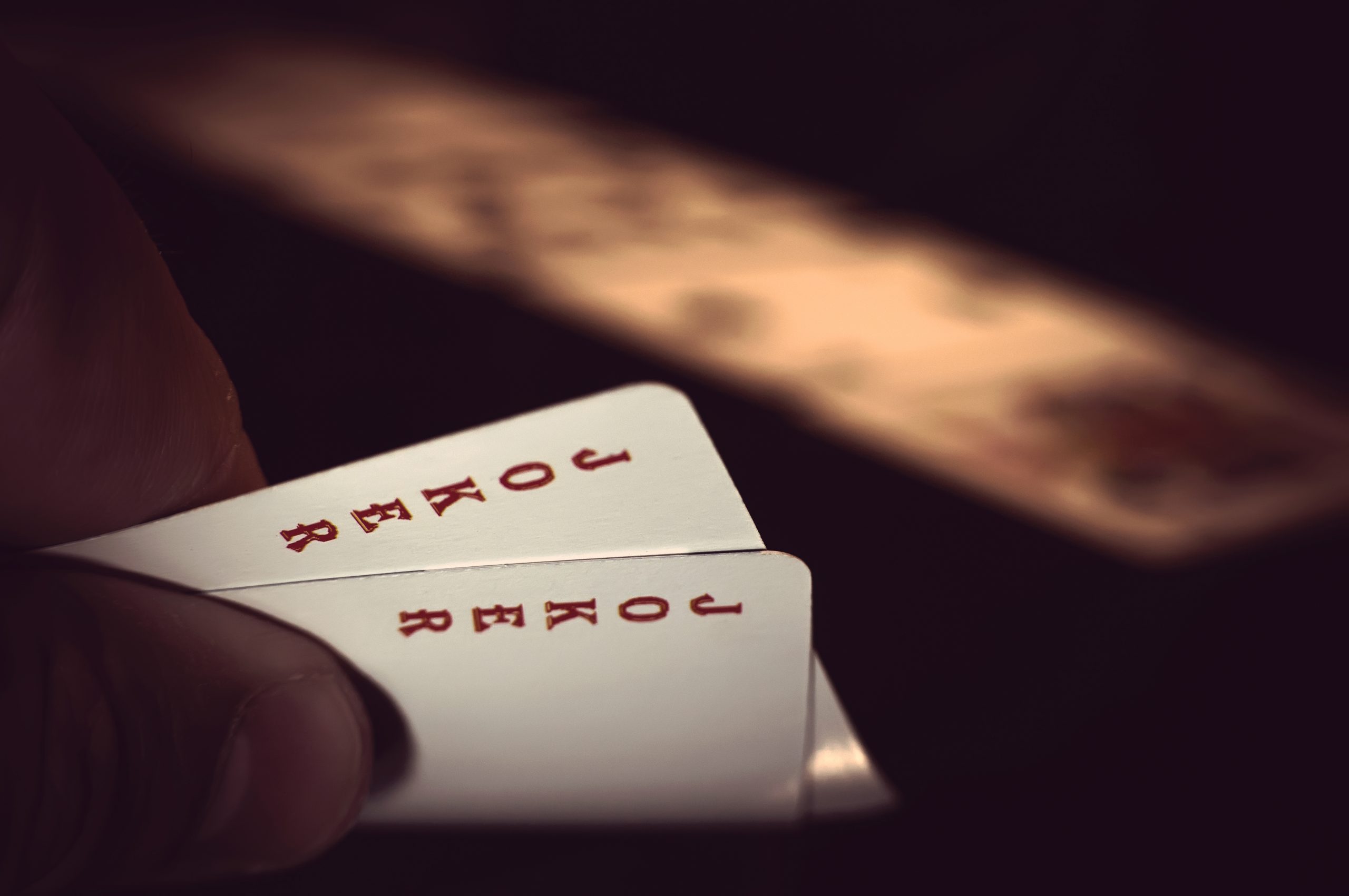 Are you fascinated with jokers in card games? You may have noticed how you can do without the joker playing card in some card games, while the joker plays a vital role in other card games. Irrespective of whether or not a joker is helpful in the card game you choose to play, it is very much a part of the 52-card deck. It doesn’t belong to any suit like Diamonds, Spades, Clubs, and Hearts, and it can either be extremely powerful or destructive.

Jokers are used in card games like Poker, Canasta, Euchre, Crazy Eights, War, and more. Understanding the role of the joker in each game, especially rummy and poker, is essential to learning how to play that game. So here’s an interesting read on the history and role of the joker in the card games and tips to use joker cards strategically.

History of the Joker Card

The history of the joker is not as old as that of the playing cards. The first time that the joker card is believed to have appeared in a deck was in the 1860s in the game of Euchre. This was when the American Euchre players required an extra trump card for the game’s new rules and referred to the card as the Best Bower, which was the highest trump card. Soon, the Best Bower transformed into a joker, and the card was designed uniquely with the company’s brand image.

Role of the Joker in Cards

Playing cards game without the joker is not possible for the games mentioned below. Jokers play an essential role in these games and aid the players in reaching the game’s objective. Take a look at some of the popular games that can’t do without the joker card.

Read More: How to Play Spades with Jokers

In poker, jokers are referred to as wild cards or a pair of jacks. The deck of cards used to play poker contains two extra jokers that feature the character of a clown or court jester; these are the wild cards. When a player draws a joker, they can use it to substitute any card of their choice. While wild cards are commonly used in online poker games and home games, they aren’t generally used in poker tournaments and poker games in casinos.

Euchre is a trick-taking card game where the joker was invented while playing cards. In the Euchre game, the joker holds the reputation of the highest trump (the right bower). The left bower is the Jack trump suit.

Joker plays a considerable role in the mighty card game too. It is the second most powerful card in the game. However, players cannot use the card in the first or last trick while playing mighty.

The war card game has several variations where the joker is more valuable than any other card.

The role of the joker in the crazy eights card game is unique. The card holds great significance in the game as a player can use it to force the next player to skip their turn.

A modification of the old maid card game, chase the joker, is an exciting game, and so is the role of the joker in it. While Ace is one of the essential cards in games like rummy and poker, this game uses joker as a replacement for Ace.

Go fish is a two-player card game that uses a joker to avoid the situation of a tie of 13-13 pairs.

Tips for using Joker in Rummy

Here are some essential tips for using a joker in rummy to your advantage:

Do Not Lose Focus from the Pure Sequence

Do not get too excited once you get the joker card in the initial 13 cards or after an initial couple of moves. Keep your attention and focus on forming the pure sequence first; this does not require any joker. Once you are done with the pure sequence, you can shift your attention to better usage of the joker card, maybe for the impure sequence or the sets. Using this approach can provide you with more opportunities to win the online rummy card game.

Discard Cards Closer to the Wildcard

One of the key strategies many expert rummy players use is discard cards closer to the wildcard joker. For instance, if 8 of hearts is the wildcard, you can consider discarding 7 or 6 of hearts, and so on. When you discard such cards, it gives the impression to your opponents that you do not have the wildcard. This could confuse them, and you can catch them off guard sometimes.

If you happen to get more than one joker card in a game, you can use them to form multiple melds instead of using all of them for the same meld. The reason is simple – using them for numerous melds can help you complete your hand quicker, leading you to declare earlier than your opponents and ensuring a win. However, there may be certain scenarios where you manage to form most sequences and sets without a joker, and then the additional jokers can be added to any sequence (except for pure sequence) and set.

The joker adds a fun element to different card games as it is used as the highest-value card in some games and can substitute valuable cards in other games. It is a double-edged sword, but if used correctly, the joker card can be the sole reason behind you winning the game.