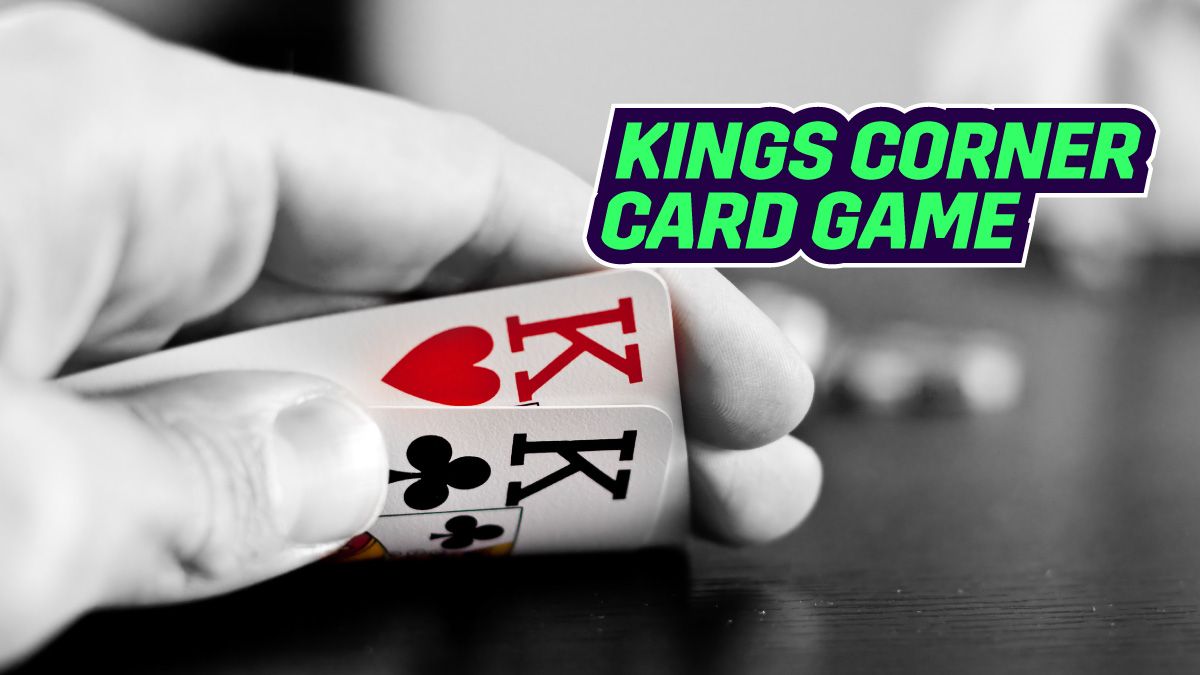 Playing cards are among the most commonly favored hobbies all across the world. Whether it be a friendly game of poker among friends or a full-on pitch at some beachside casino, cards are usually attributed to critical thinking, logical analysis, and some amount of mathematical ability. Playing cards is more than simply a happy pastime.

Solitaire is probably one of the simplest card games to exist. A very popular ‘spinoff’ of solitaire is the Kings Corner or Kings in the Corner. The rules of playing this game are slightly different from that of Solitaire but are not overly complicated. We have listed a comprehensive guide about Kings card game which will help understand how the game works.

Take a look at the Kings card Set-Up.

From top to bottom, the Kings in the corner scoring is as follows.

Before the game starts, every player is given seven cards each. As a reserve, the leftover cards are placed at the center of the table. Once this is done, the top 4 cards are flipped over again and placed one from each of the deck’s four geographical directions- north, south, east, and west. These will then perform the job as the foundational columns. The cards placed on the table must form a crisscross pattern.

Once the game begins, the player to the dealer’s left will draw one card from the middle hoard. Throughout their round, they may make as many valid moves as they can in order to eliminate as many cards as necessary from their position. The next player will start once there seem to be no more eligible movements for the first player.

Which actions are legal in Kings Corner?

Here are the accepted steps that can be followed:

Any of the above moves can be considered legal in the game.

There are some ways to tweak the game while playing to keep the game fresh and the players constantly on their toes. The reason why variations are added to any card game is that after a while, many people can develop a fixed strategy to overcome their losses. The game can also get pretty boring and one-dimensional after a point. Hence, these variations serve as a fun way to keep finding newer ways to enjoy the game, as well as let different people win each round. Some variations for kings in the corner are:

A player with a King on his card must play the king to one of the accessible corners on his first round of play in this variant of Kings in the Corner. Likewise, in their game, a player who draws a King from the foundation pile must serve the king. Each round is widely regarded as a full game in this edition, with the player who gets rid of the rest of their hands earliest becoming the victor.

This variant is similar to the usual game in terms of consistency. The sole distinction is that after a player makes their final hand, the leftover cards in the competitors’ hands are scored.

The only difference between this game and the main game is the period when a player pulls a card from the stack. A player doesn’t really pick at the start of their round and starts playing to the board immediately. When they run out of cards to play, they pull a card from the pool to finish their round. If, on the other hand, the player was capable of playing all of the leftover cards on their side during the round, they do not have to pull and are proclaimed the hand’s victor, with the hand being tallied instantly.

King in the Corners Solitaire

This is really a one-player variant of Kings in the Corner. To start, the player must mix the cards well. He will next hand out a design diorama that is nearly identical to the one mentioned above in the regular game. In a “+” sign sequence, he distributes five hands face up (see diagram). He then places the rest of the cards as the drawing lot to the back.

The foundation files are the 4 “corners” of the diorama, in which the player would try and play off the full stack of cards into the 4 foundation piles, starting with King and going down to Ace (the lowest card).

The Kings Corner game may sound simple since it is based on Solitaire, but it takes a little practice to understand. It is an enjoyable game, one that can be played with family and friends, and it can certainly be a mental stimulant for people of all ages.