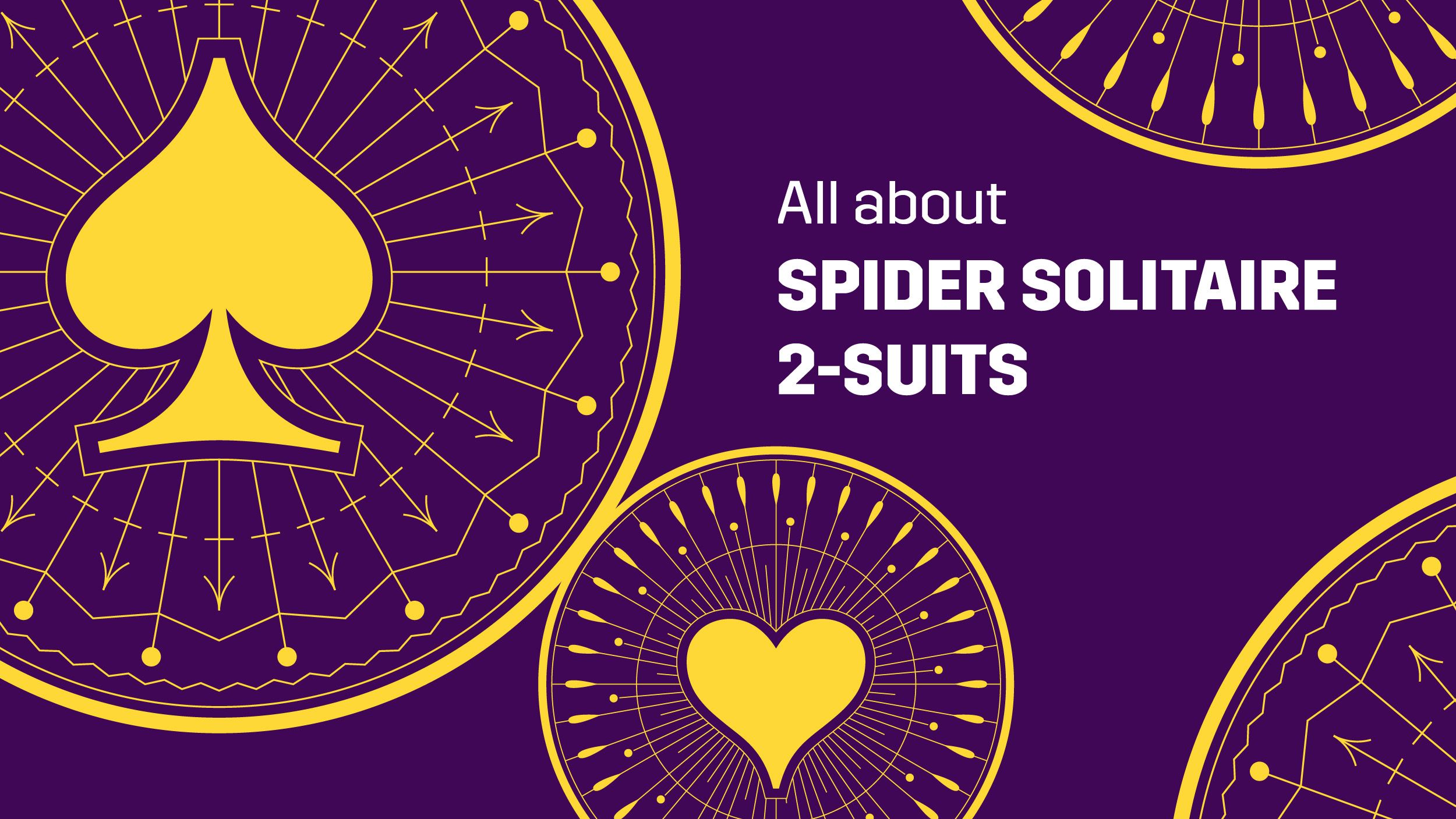 Spider Solitaire is one of the most popular two-deck card games played around the globe. It is a pretty sophisticated game that needs problem-solving skills to become good at. However, if you’re not looking to be too strategic and just seeking light-hearted entertainment, you can also play the game at relatively more straightforward levels.

Originating in 1949, it falls within the category of patience games. The name directly references the number of legs a spider has – eight – the same number of foundation piles the player needs to build to win while playing spider solitaire.

Based on the game’s popularity, several variants exist (aside from standard spider solitaire), such as Spider two suits, Spider one suit, Relaxed Spider, Spiderette, Will o’ the Wisp, and more. The scoring system also differs in each variant. While the winning chance in spider solitaire is generally one in three games, they can get increasingly difficult with the added number of suits. Here, we’ll look at Spider two suits in more detail.

The following setup is necessary when you play spider solitaire (2-suit):

How to Play Spider Solitaire 2-Suits

In Spider Solitaire, you can move one or a group of consecutive cards at a time within the tableau. All cards that you move must belong to the same suit and must be in descending order of rank. When you assemble a complete suited run from King to Ace, it gets automatically placed into the foundation piles for storage. A column that has no cards is said to be vacant or empty. The rules permit any suited run to be put into an empty tableau column.

You can move a suited run in the tableau from the bottom of one pile and into either an empty column or onto the final card in another pile. If onto another pile, the target card should be next in rank to the highest-ranking card that you move – however, it need not necessarily be of the same suit.

When you have moved all the cards to your liking within the tableau column, you can initiate the deal by clicking on the stock (often the rightmost pile on the screen). Transferring suited runs and commencing the next deal goes on until no more cards are left in the stock. At this juncture, if you move cards around and remove every card from the tableau, you win the game!

In simple terms, you need to stack cards of the same suit in the tableau in descending order. You win the game when all cards are in the desired order and have been removed. Hit the stock to add a fresh row of cards whenever you run out of moves.

How to Win Spider Solitaire 2-Suits?

A considerable portion of what a player must do to win the game is to turn (i.e., make visible) every hidden card in the tableau. A card is flipped automatically whenever all cards on top are removed. This brings the card into the playing area and enables it to be moved around when appropriate.

Even though you are permitted to build cards of any suit atop each other, you must always focus on building cards of a similar suit as much as possible. When you create mixed-suit columns, the higher-ranked cards are preferred as they will be available for longer to build piles on when compared to lower-ranked cards that will soon get an Ace and cannot be built further upon.

It is generally more significant to make plays that reveal face-down cards, even when that means you need to build differently suited cards over each other. When it isn’t possible to build cards of a similar suit, you need to consider whether it is advantageous to hold off on building different-suited cards or not. However, it is usually appropriate to delay dealing new cards until no other plays are available.

In the early stages of the game, it makes perfect sense to clear out a minimum of one column whenever that’s possible. You will need empty columns to move your Kings into, though any card can be moved into them. Remember that once you move a King into an empty column, you cannot empty that column again unless you make the entire sequence and remove it from the layout altogether. Hence, move Kings into empty columns only when it helps you gain access to the cards underneath.

When you have an empty column, make it easy to clear it out again soon so that you can reuse it. For instance, you should not mix the suits in that column. Keep a few columns clean (meaning all cards in the same suit), and use other columns for mixing suits. Of course, this gets interrupted when dealing new cards, and that isn’t easy to avoid. When this happens, though, work around the clean columns first.

Occasionally, splitting cards up in a sequence becomes advantageous, so keep an eye out for such situations. Even when it’s obvious, create complete sequences of cards as they get removed from play immediately and free you up for more moves.

What is the difference between spider 2-suit and 1-suit?

Spider 2-Suit: The game is similar to the classic version of Spider solitaire, except this game is played with two suits instead of four, usually Hearts and Spades.

Spider 1-Suit: The game is the same as the classic version of Spider solitaire, except this game is played with just one suit instead of four, usually Spades.

Is it possible to win Spider Solitaire with two suits?

Of course, it is. Though a tad bit more challenging than the one suit version, the 2-suit spider solitaire is certainly winnable. The winnability percentage amounts to nearly 20-25% (or roughly, one in three games). You can’t win every game of Spider Solitaire 2 suits, but there’s a higher chance of winning if you plan and execute your strategy with care.

That’s all we have got for you this time. Enjoy playing the 2-suit version on various gaming websites or apps. If you’re interested in playing Spider Solitaire 1-suit, you can immediately download and install the MPL Pro App. Get it on your phone now!