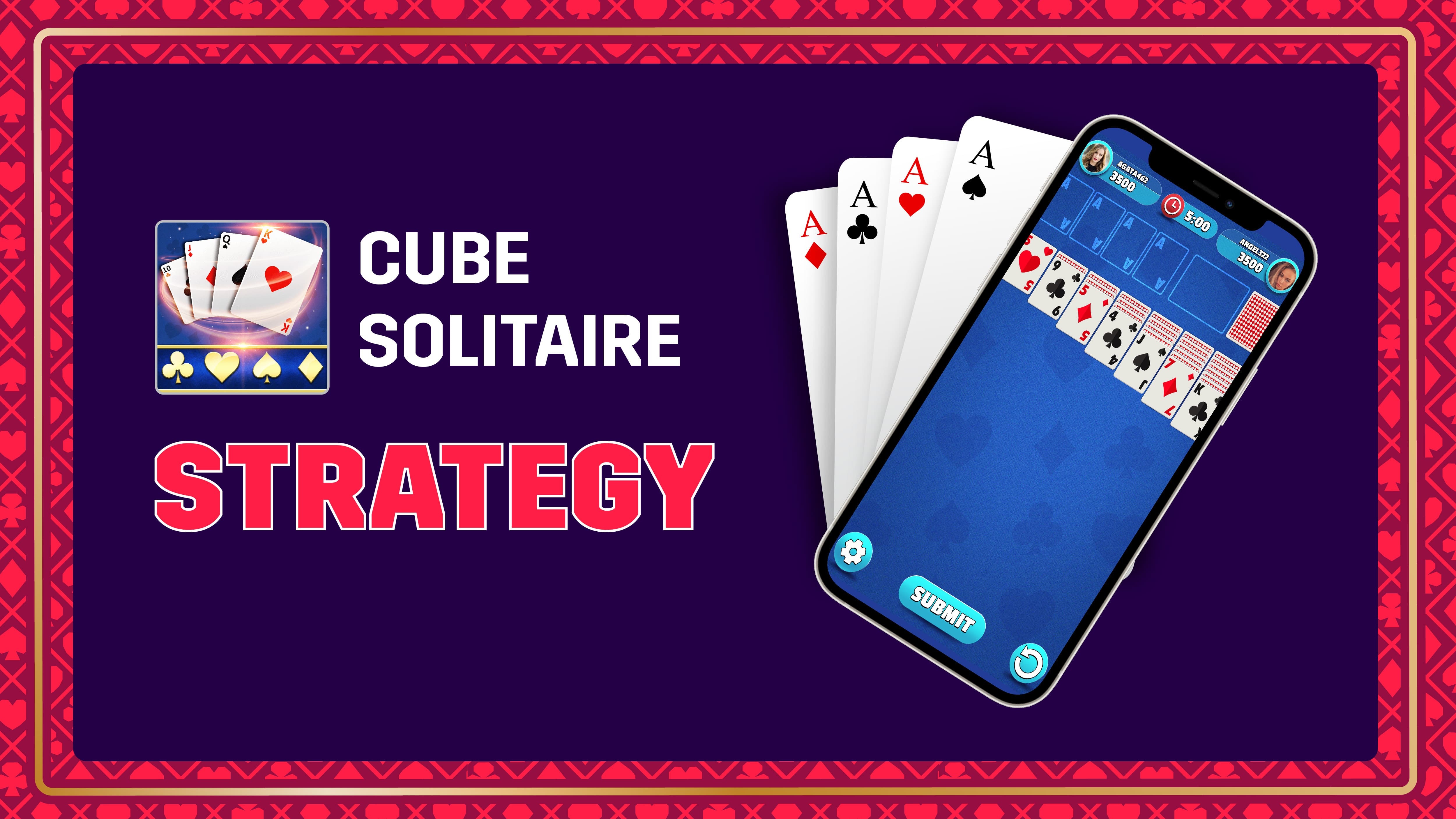 Back in the day, Solitaire was initially introduced as a pre-loaded card game on personal computers to help people familiarize themselves with using a mouse to drag, drop, or click items on the screen. While the game still has a fair share of desktop players, the addictive game has developed a cult following among smartphone users. On the MPL platform, Solitaire Cube is played with a single deck of 52 cards and four suits. The goal of each 5-minute game is to create a sequence from Ace to King of the same suit and place them within the foundation pile.

Are you still wondering how to play Solitaire Cube on your phone? This classic game is what we recommend you play for fun as well as to win cash tournaments. To help you win big money tournaments, we have collated a list of valuable tips and strategies to help you plan ahead and get a competitive edge over other players.

You are not likely to have a great game if you played head-to-head with your opponents for real cash as a beginner. We advise you to practice enough on the free version where the game’s key features remain the same, except for the chance to earn cash. Also, you’ll understand essential things such as the concept of “card protection” and getting used to the same rules.

When you target hidden cards, we recommend picking columns with large stacks behind their existing face cards. Thinning these hidden card columns as early as possible gives you better chances of revealing valid cards you can use to build piles. It also makes sense to start by moving all the cards from the stockpile. Once the moves are made, shift your attention to dealing with those cards from the deck.

Do not Empty a Display Pile Without a King

Players tend to make the amateur mistake of emptying tableau spots or piles to remove all the cards from that slot. However, if you do not have a King immediately waiting to place into that spot, the space will continue to remain empty, as only kings are allowed to fill those spaces. This is inadvisable as it blocks off an entire play column unless you are lucky enough to reveal a King from your remaining cards.

Remember to Keep Color in Mind when Filling a Space

It is a significant decision to choose a red or black king to fill an empty spot, as it dictates the color order for that pile for the remainder of the game. Consider your Queen and Jack cards to ensure that it is easy to stack cards as you progress.

Analyze the cards in hand first to ensure that you would not get stuck while stacking piles. Placing cards of any color anywhere does not work. Strategize carefully to plan each move.

A frequent but straightforward mistake players make is building piles and moving cards around on the tableau before flipping over the upper deck’s first hidden card. We recommend that you reveal this card as your initial move, as it provides an extra set of options both to build foundation decks (the four slots on the top of the tableau) and to build piles underneath. Move cards up to the foundation scores based on the actual value of the card.

It may seem illogical at first, but moving cards to the upper Ace stack or foundation over the main tableau can result in problems if you require those cards to work your piles below. Think twice as you build your appropriate Ace stacks as the cards you move into them cannot always be recovered, making you lose the game entirely.

Do Not Move Cards Without Reason

While it may be tempting to shuffle cards from pile to pile and build them up slowly, locking valuable cards of different colors behind lower cards is a recipe for disaster. Ideally, you should only move cards when there is a clear-cut advantage or for targeting hidden cards.

Read More: How to Play Solitaire Cube Like a Pro

Handle Your Face Down Cards Early On

Face-down cards are pretty tricky to handle and also offer low mobility. Therefore, always watch out for the option of freeing them whenever they pop up. Also, it is wise to play this card on the tableau if you can play it from the stockpile. In general, you should be aiming for the longest face-down piles.

Dish Out An Ace or Two

Each time you reveal an Ace (or two) from the stockpile, play them instead of drawing additional cards. It is considered to be one of the most decisive in-game moves. First, the Aces can always make their way to the foundation, and then the two or deuces are likely to follow suit.

Form Same Suit Piles on an Open Board

If you can access several cards on the tableau, always make piles that use a similar suit. In simple terms, if you play the 9 of clubs atop the 20 of hearts, seek to put in more clubs and hearts to the said pile. This helps solve stonewalled games with an ace trapped under an immovable column through consistent patterns.

Enjoy Cube solitaire games on the MPL app by keeping these tips in mind and telling us if they proved helpful while playing. Cheers, and good luck to win big!