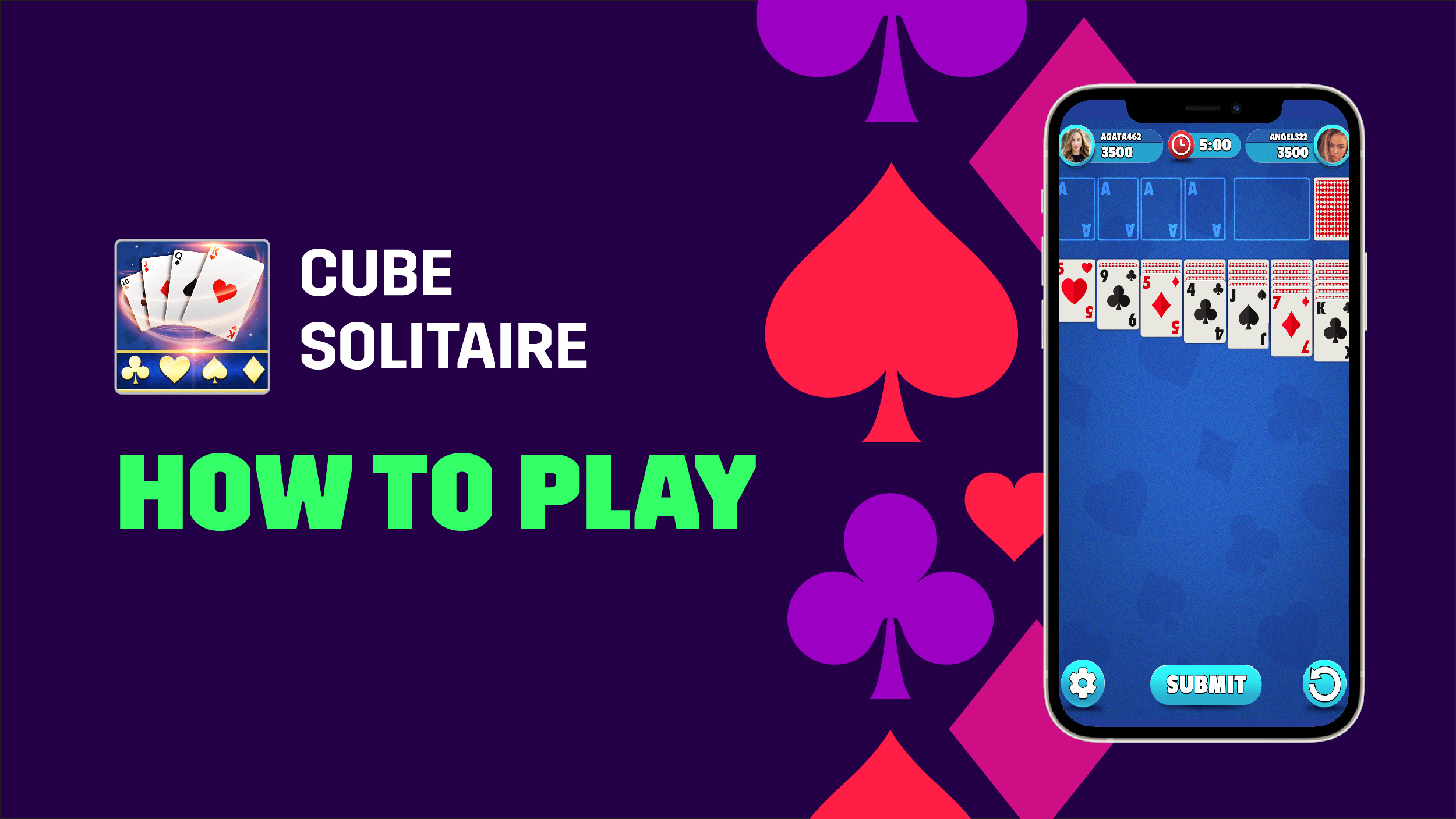 Solitaire is among the most played head-to-head card games on the internet even after all these years. Playing Solitaire games is what many consider to be their stress-buster. A classic game nearly everyone has played on their personal computers at least once, Solitaire is now available on your smartphones as Solitaire Cube on the MPL Pro App. It is a classic Solitaire variant with a bit of a twist in the rules to make it quicker for online gamers. Solitaire Cube is played with a deck of 52 cards and four suits.

The game’s goal is to develop sets of the same suit cards in the order of Ace to King in the tableau and transfer them to the foundation pile. You can play free head-to-head competitions with other players on the app or join multiplayer tournaments to win real money.

The goal is simple: get more points than your opponent to win cash prizes!

• Solve the deck by moving all cards in descending order under cards of a different color.

• You can move only a King to an empty space.

• Move all cards from Ace until King to the foundation deck.

• If there are no possible moves, draw new cards by tapping on the stockpile.

• Try placing all cards within the foundation deck before the timer runs out.

• You simply cannot solve every deck. If you have run out of possible moves, use the Submit button to end the game early.

• Each match comes with a 5-minute timer limit.

•The player with the higher score wins.

→ The player, who finishes the game before the timer lapses, receives a timer bonus. The game calculates this as “balance time x number of Aces in the foundation deck.”

Learn How to Play Solitaire Cube

While the gameplay is somewhat akin to regular solitaire, where you match rows of cards in a descending pattern, MPL’s Solitaire Cube comes with its fun little twists. You can also compete against random opponents in cash tournaments and 1-on-1 online matchups. The flawless touch controls and smooth animations add to the game’s attractive aspects. Players are always matched with opponents with similar skill levels, so there’s a real chance of beating the opponent in a fairly poised match with a perfect strategy. This makes Solitaire Cube worth playing on the app.

Unlike regular Solitaire, the solitaire game on MPL is time-bound which adds an element of pace. You can start by playing free games for practice against random opponents. At the start, you and your opponents have the same cards in the same order on the game board with a foundation pile, a tableau, and a stockpile.

You can tap or drag to move any cards pile to pile. Both players solve the same deck by arranging alternately colored cards in the tableau from Ace to 2. The idea is then to move the cards to the foundation pile in an ascending order starting from Ace to King, and so on. The stockpile comprises 24 cards, with three cards revealed at a time. You can use the cards from the stockpile to create the sets in the tableau. Form the necessary sets quicker than your opponent within the set time limit to win the game. In case of a battle, the players with the most points win the leaderboard.

To sum up the entire How-To-Play process into simple pointers:

→ Open the MPL Pro app and type “Cube Solitaire” in the search bar.

→ Join a free game or one of the ongoing cash tournaments.

→ You can start playing in the cash tournaments against other players when you deposit money for the entry fee. No virtual currency is applicable.

→ Follow the gameplay rules and guidelines as detailed above to form sets of cards in a descending pattern.

→ Use the Undo button to reverse your latest move. This is possible multiple times but after each move.

→ When you have arranged all the cards accordingly and transferred them to the foundation deck, click “Submit” to declare. The same goes for a stalled game where no legit moves are possible.

→ Withdraw your real money winnings instantly into your bank account after a tournament.

Do you think you have what it takes to play Cube Solitaire games on MPL and rack up those much-needed wins? It’s time to find out. Download and install the app right away. Plenty of exciting cash and non-cash games await you!