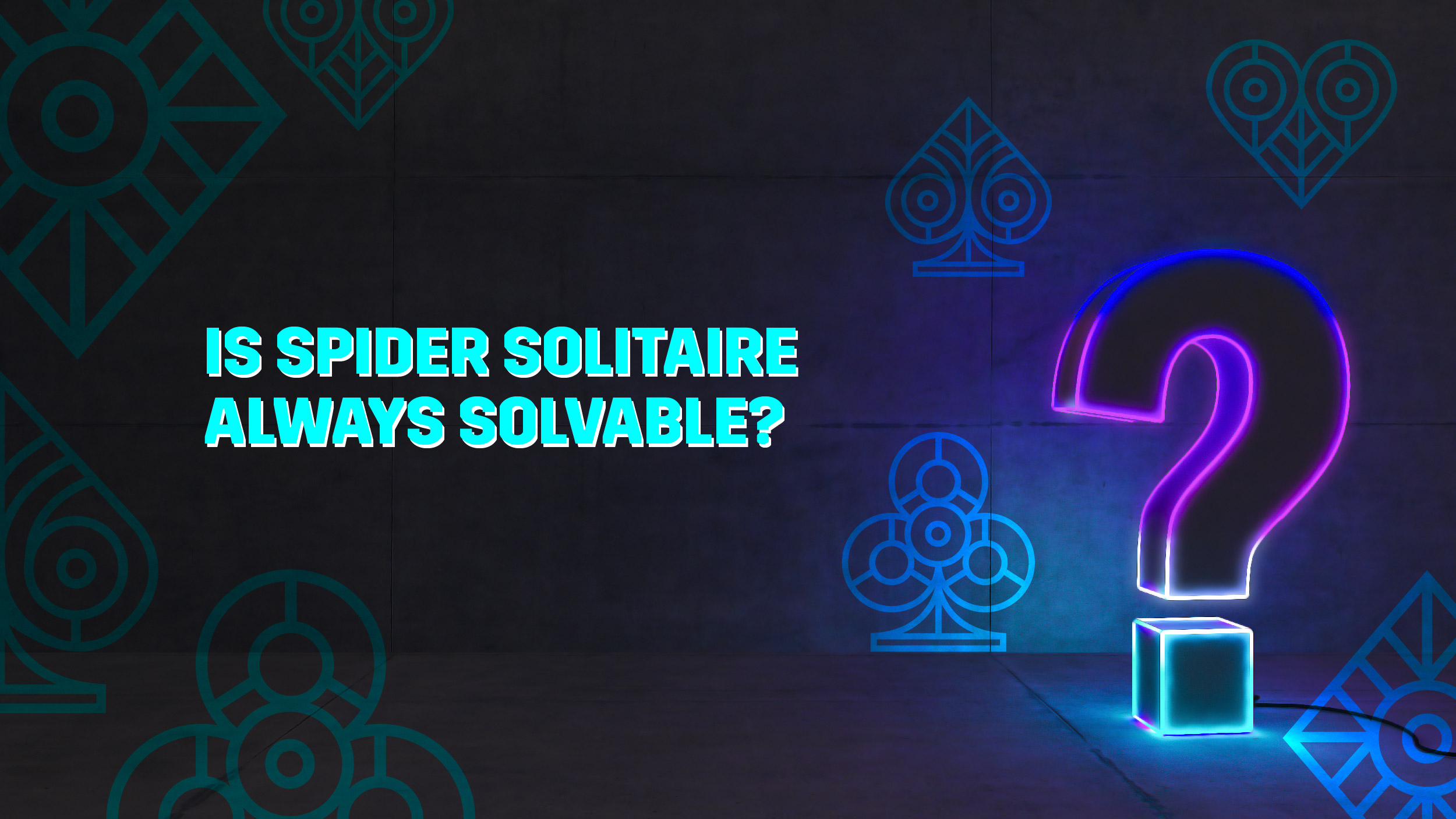 Unless you’ve been living under a rock for years, there’s a chance that you’d have heard of Solitaire and even played it. Solitaire is primarily a card games genre, the common feature of which is for the player to assemble the cards in a particular systematic order or, in some cases, to pair them off and discard them. Most Solitaire games played are generally intended for play by a single player; however, there are some fantastic games of patience (another term used to indicate this genre) for two or more players. Solitaire is enjoyed by people worldwide for its ease of play and strategic aspects.

What is Spider Solitaire?

Spider Solitaire is essentially a patience game and one of the most popular solitaire games that use two decks. The Spider Solitaire game was invented in 1949, and the name borrows itself from the eight legs of a spider, a direct reference to the eight foundation piles that the player must fill in order to win.

The goal is to arrange thirteen cards of a suit from Ace through King in ascending sequence on top of a pile. Every time a full suit of thirteen cards is assembled, it is taken off and discarded from the game. One wins the game if they play all the eight suits.

As opposed to several other games, playing Spider Solitaire triggers a relaxed mental activity that works towards relaxing the brain and diluting stress without completely shutting it out. So, it’s a card game we’d recommend to all and sundry.

While the intention of playing is always to solve the game and win, not every game of Spider solitaire is winnable. However, a large majority of them are winnable games. The solvability of nearly every game of Solitaire depends on the variant you’re playing. The four-suit version is undoubtedly the most challenging version out there. The lesser the number of suits, the relatively easier (and faster) the game gets.

On the whole, we believe almost 80% of solitaire games are winnable, but most players give up before they get there. Also, sometimes a single wrong move can result in the game getting stuck and unwinnable. A game is thought of as winnable only when there is at least one path towards victory. When you’re playing with four suits, it is quite a challenge to win games without undoing your moves unless you’ve been playing the game for a reasonably long time.

When games have multiple paths to victory, there is a greater chance that you’ll figure out at least one among these. But when there is just one route to success, it makes it easier for the players to commit mistakes, rendering the game unsolvable. In such cases, you’ll have to restart games and play again!

Most studies agree that the winnability of Spider Solitaire stands between 98.8% and 99.9%. In theory, this means there is a high probability of winning almost every game despite the number of suits in use.

Nonetheless, the odds of winning are possibly much lower as certain games only offer a single path to victory. If the player picks a different route or makes a mistake, the chances of solving the game are next to none.

Also, in a normal game of Spider Solitaire, the players have no clue about the position of each card and their suit. Spider Solitaire offers a one out of three winning chance, especially given the odds of following the wrong path are higher. The odds can significantly vary based on the number of suits employed and the possibility of undoing your moves.

What is the Highest Score on Spider Solitaire?

At any point in a single game, your score will be equivalent to five hundred (500) points plus an added hundred (100) points for any completed suit stack. A worthwhile high score seems to be anything in the range of 1170 – 1250, implying it took over fifty moves to win the game. Nevertheless, the highest possible score varies with the game you’re playing and its circumstances, especially the number of suits.

While it’s practically impossible to win every game, you can constantly strengthen your game by learning some new spider solitaire winning strategies. Here are some tips that’ll come in handy whenever you’re sitting down for a spider game. It doesn’t matter how many games you’ve played before; it’s always helpful to learn from practice, experience, and advice from the experts. Here are some valuable tips that you can use to make your wins consistent:

#1 Reveal hidden cards whenever possible – This is the most efficient way to start a new pile and acquire a fresh set of moves.

#2 Create empty piles early on – Use empty piles to put cards while re-assembling sequences into a packed build. Rearrange all mixed sequences and turn them into one-suit piles.

#3 Use the undo button – This is a blessing that comes with playing Spider solitaire on a device, possibly online. Since the game relies on persistently effective moves, one wrong move can do more damage than you think.

#4 Do not waste any moves – Do a basic gain-loss scenario in your mind while making a move. Some moves are costlier than others and can set you back several notches.

#5 Learn to extract kings – When Kings take up so many columns, a loss is sometimes inevitable, especially when nothing can be instantly taken down. The knowledgeable decision is to extract the King into the only empty column in such situations.

For more tips on the online version of Spider Solitaire, click here.

Use all the information you’ve just read and play a game of Spider Solitaire on the MPL Pro app. You can win exciting rewards in online 1v1 battles and tournaments. Also, you can check out another variant – Cube Solitaire – if you’re interested.