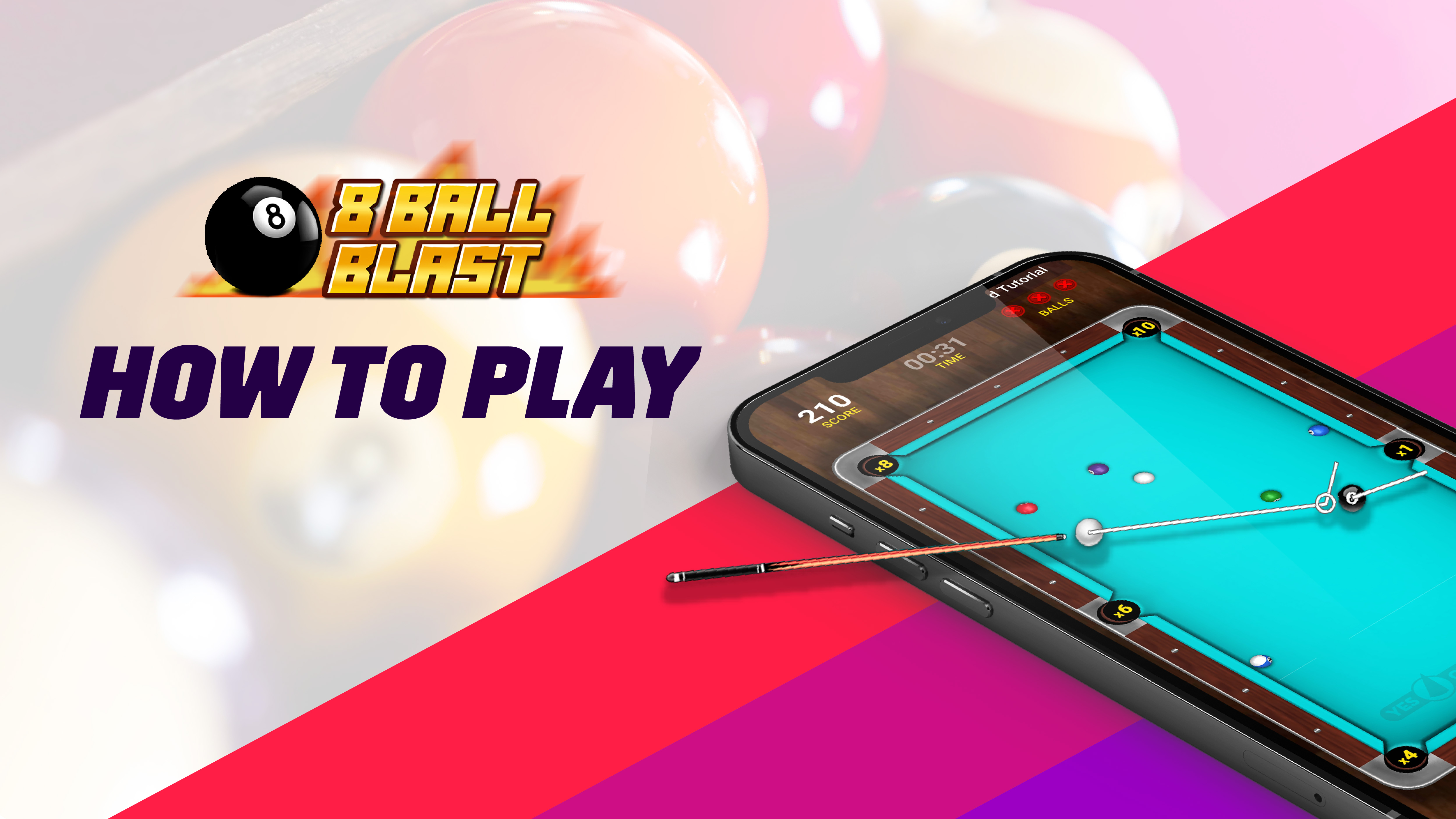 8-ball is undoubtedly one of the most well-known billiard games played on a standard pool table with six pockets. Conventionally speaking, the straightforward game is played by two people at a time, although its game features and rules vary all over the globe. You can also find different variants of the game played on smartphones, tablets, and PCs.

The game’s objective is to sink each of your object balls (usually striped or solid balls) and then the ‘8’ ball using the cue stick before your opponent manages to do so. Typically, the game does not assign points to the object balls, which is common in other games featuring a pool table. Instead, points can be assigned to matches as a whole, or as a winner can be declared in a “best of five” series, if time permits.

However, this is just one way of playing the game in real life. The online variants tweak the game further to make it racier and more engaging as smartphone users seek fast and frequent entertainment alongside the chance to win cash rewards. 8 Ball Blast on MPL is the perfect choice in that regard.

The game is not only designed and easy to play, but it also offers excellent respite for those who are unable to play 8 ball games amidst ongoing conditions physically. Play 1-on-1 battles or tournament mode to challenge random opponents and win prizes!

In the original version of 8-ball, the racked balls appear in the shape of a diamond at the start. A legal break shot is supposed to move at least four balls to a cushion or pockets one or more object balls— as long as the ‘1’ ball is first to be struck. If you pocket the cue ball on the break, the opposing player takes over with ball in hand at any position on the table.

Once you pocket all numbered balls (except the ‘8’ ball), you can proceed to snag the ‘8’ ball by declaring the pocket beforehand. Winning implies legally sinking the 8-ball in the pre-decided pocket. These generally accepted rules do not always apply to online variants.

Platforms like MPL aim to make the game easier to play and win, so expect a fun and equally engaging makeover that offers the 8-ball fix you desperately need. However, to play the 8 Ball Blast game on MPL, not alone your strategy matters, you must also be wary of its tweaked rules. Without further ado, let’s jump right into it:

→ The game instantly ends if each player loses their respective three lives. This happens when you accidentally pot the cue ball three times or fail to pot an object ball.

→ Once a player sinks the cue ball, it repositions itself at the head string.

→ Players have no right to adjust the position of the cue ball.

→ One of three instances signals the end of a game – if the player pockets all the balls, including the ‘8’ ball, or the timer runs out, or if he loses all lives.

→ The final score determines the winner of the game.

How to Play 8 Ball Blast Pool on MPL

Most variants of online 8-ball involve taking turns on the same board within the pool game. But on MPL, every player gets their individual board. Your opponent plays on a separate board but with the same rules and arrangement. You can view both your score and your opponent’s on the top panel at any point in the game. What’s more! You can play the game even if there is no matched opponent and save your score. Later, the opponent can try and beat your saved score.

The game screen has a force bar at the bottom to adjust the cue stick’s strike force. Regulate the appropriate amount of power needed for each shot by simply touching and dragging the bar to the desired levels.

8 Ball Blast also includes spin physics, adding yet another exciting touch to the gameplay. You can utilize different spins such as top, side, or bottom based on the shot requirement. Also, if you sink all the balls before the 3-minute timer ends, you will get an extra timer bonus based on the balance time in seconds.

The player gets the product of the ball number and the pocket multiplier as their points. For instance, you get forty-eight points if you sink a ‘6’ ball into an 8x pocket. It is essential to note that the pocket multipliers rotate in a clockwise direction post each shot. When you sink the ‘8’ ball, the rotation happens three times.

Can I Earn Real Cash on MPL by Playing 8 Ball Blast?

Yes, of course! If you win an 8-ball cash game or tournament, you earn money rewards that you can instantly withdraw. Playing more gives you the chance to get better at the game and eventually win more money.

However, this also depends on your residing state’s applicable regulations on cash games and battles. One cannot play cash battles in the following states: AZ, AR, CT, DE, LA, MT, SC, SD, TN, ME, and IN. If you stay in one of these states, you can still play an infinite number of free practice games.

How Many Players Can Play 8 Ball Blast at a Time?

Enjoy two-player pool games in MPL’s 8 Ball Blast that features distinct game modes: 1v1 and a tournament game mode. So, the number of players in 8 Ball Blast depends on the game format you participate in. Always choose your game mode wisely once the game starts. However, a player can also play the game even if not matched with an opponent instantly and have the opponent finish their game later to compare scores. Interesting right!

There’s no better time than now to play 8 Ball Blast on MPL and walk away with real money rewards. Download the MPL app instantly and get ready to warm up your cue stick!