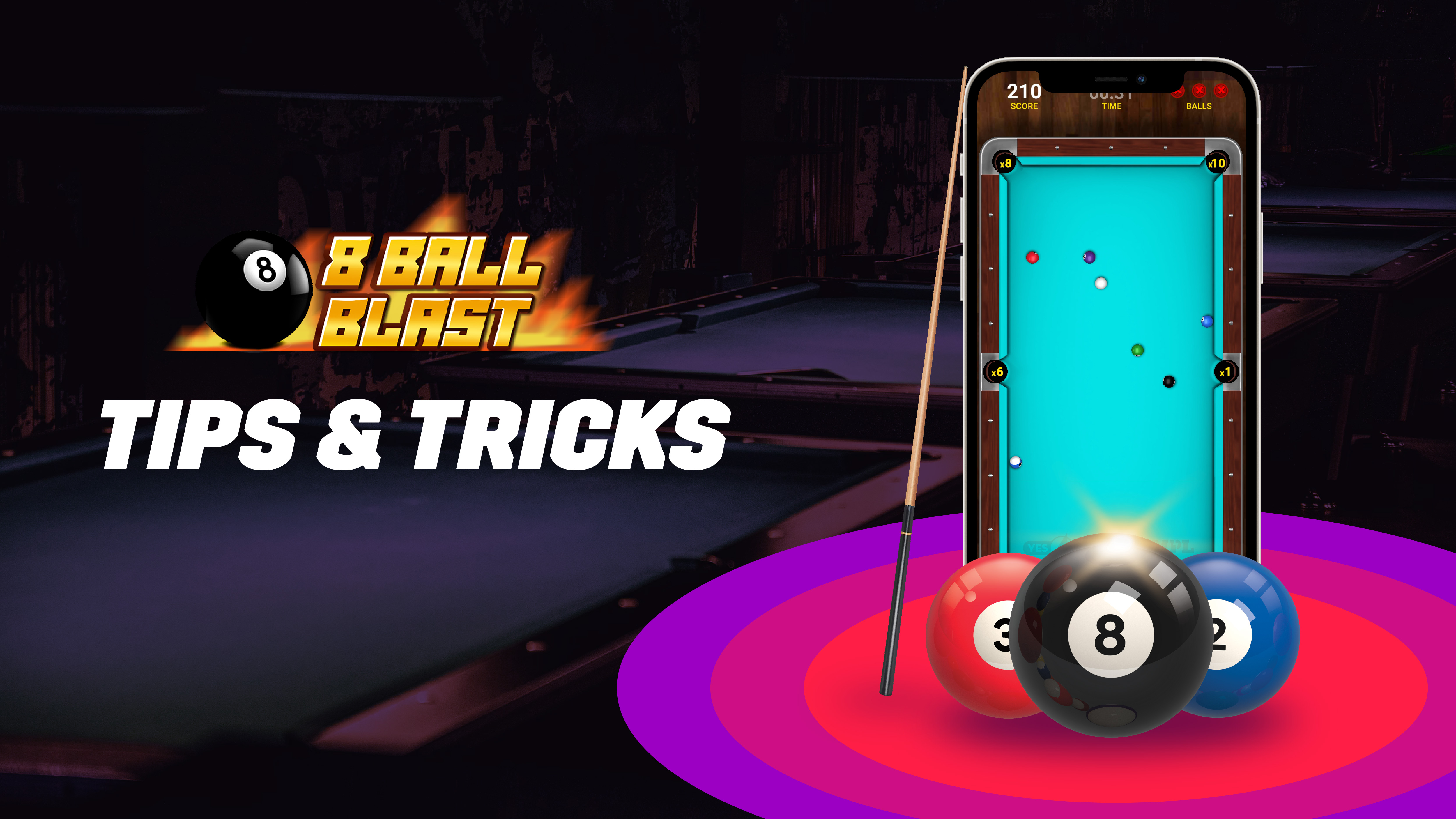 Fancying your 8 ball pool fix on a daily basis but can’t find the perfect game for it? In that case, the 8 Ball Blast pool game on MPL is just what the doctor ordered. An exciting variant of the classic 8 ball pool game, 8 Ball Blast offers a challenging, time-bound twist to the proceedings.

Gone are the days of matching with an online player and taking turns in every game on the same board – a somewhat tiresome trope when all you can do is wait. While playing 8 Ball Blast, each player gets their individual pool table, doing away with turn-taking and lag in the overall gaming experience.

The idea is simple. You need to pot all 8 balls within the allotted time limit of three minutes before your opponent manages to do so. Playable in two game modes (1v1 and tournaments), 8 Ball Blast will keep you hooked for hours with its catchy visual style and superb animations. Keep an eye out for the up-close animation every time you are about to pot a ball. To know more about the gameplay features of this amazing 8 ball pool variant, continue scrolling.

As mentioned above, each player gets their respective pool table in MPL’s version of the game. You can only view the opponent’s score and not their shots. Since MPL follows the fair-play system in online gaming, you don’t have to worry about inflated scores even if you don’t see the opponent’s turn.

Consider it a blessing in disguise as now the focus is purely on you potting all the balls, including the 8-ball before the timer runs out. Also, unlike other 8 Ball Pool games, players do not have to follow a specific sequence while pocketing the object balls using the cue ball. Pocket them in any manner that you find comfortable, be it the 8-ball or the rest, but do as quickly as possible.

You can score points by pocketing object balls. The points awarded also depend on the pocket that you pot the object ball. The object balls are numbered 2, 3, 4, 6, 8, 9, 10, and 12. The pockets on the table start with a multiplier of 10x, which later alters between 1x to 10x after the break shot. After each shot with the target ball, they rotate in a clockwise direction around the pockets. The multiplier rotation happens three times once you sink the 8-ball.

Choose the game mode wisely as this determines the kind of game you’re signing up for – it could be a free 1-on-1 battle or a cash tournament. If you’re a newbie, you should start by playing some free practice games to brush up on your skills. Cash tournaments can be very exciting, but you need to be wholly prepared for them. Maybe, the following tips and tricks might prove to be helpful.

8 Ball Blast Tips and Tricks for Beginners and Experts

We’re not counting everyone, but at least a few of you must be fairly new to MPL’s version of 8 Ball Blast Pool. In case you are searching for tips and tricks that would help rack up wins, you are in luck.

There’s absolutely nothing worse in 8 Ball Pool than to lose your chance of shooting the cue ball correctly before the timer runs out. The more you keep playing, the better the cue ball control and the faster the shot. There isn’t a clock to time each shot per se but exercising sufficient control is a must.

What you should always be wary of is not to pot your white ball. After your turn finishes, you need not wait for the next shot but use a few seconds to plan your shots ahead. Fire up your shots by tapping and dragging the meter shown at the end of the pool table surface. You can make more precise shot adjustments by moving the cue’s handle until the positioning is where you want it to be.

After you line up your cue ball with the ball you target, a thin line will appear to show you the direction of the target ball forward. A simple hack to a better aim is to use something with a straight edge, such as a piece of paper or a post-it note.

Line up your shot, hold the straight edge between the aiming line and the last ball you want to sink to get a better idea if your aim is precise. Remember that potting a cue ball results in a lost life. Also, neither you nor your opponent can procure better cues as the game is fair towards both players.

#3 Use Spins in a Timely Fashion

Understanding the ball spin is a bit tricky. Remember that you don’t get a free spin, so players do not get the opportunity to build better pool cues, unlike in other popular game variants. Spin is regarded as the key to becoming a fantastic pool player, and without using them, it is difficult to win against better opponents.

For instance, taking a shot at a target ball that lies close to the pocket is a tricky shot to play. There is a good chance that you will accidentally pot the cue ball as well. However, if you apply a backspin, this will not be the case.

Players miss out on getting better in the game owing to less time spent playing practice games. Learn how the aiming lines work, play shots with both maximal and minimal power to see if they move in the desired direction, and understand the significance of the spin. With time, you can also learn how to pot several balls simultaneously.

Without understanding the game’s nuances, you cannot excel in it. Keep your cool till the last shot is played. You cannot expect to understand everything in a single game. Before you play for real money, spend time playing free practice battles.

#5 Anticipate the Next Move

The 10x multiplier is a crucial factor in adding more points to your scoreboard during the break shot. This is your chance to get a good break by sinking as many balls with the 10x multiplier enabled. As the pocket multipliers keep changing after the first shot, it is necessary to carefully observe the pockets before taking shots.

Try to sink a ball in the 10x pocket whenever possible as this gives you a points advantage over the opponent, though that may be quite difficult. If not, always go for the next best multiplier pocket i.e. 8x or 6x.

If you think you’re ready to try 8 Ball Blast, you don’t need to wait any further. Download the app and play anytime, anywhere.