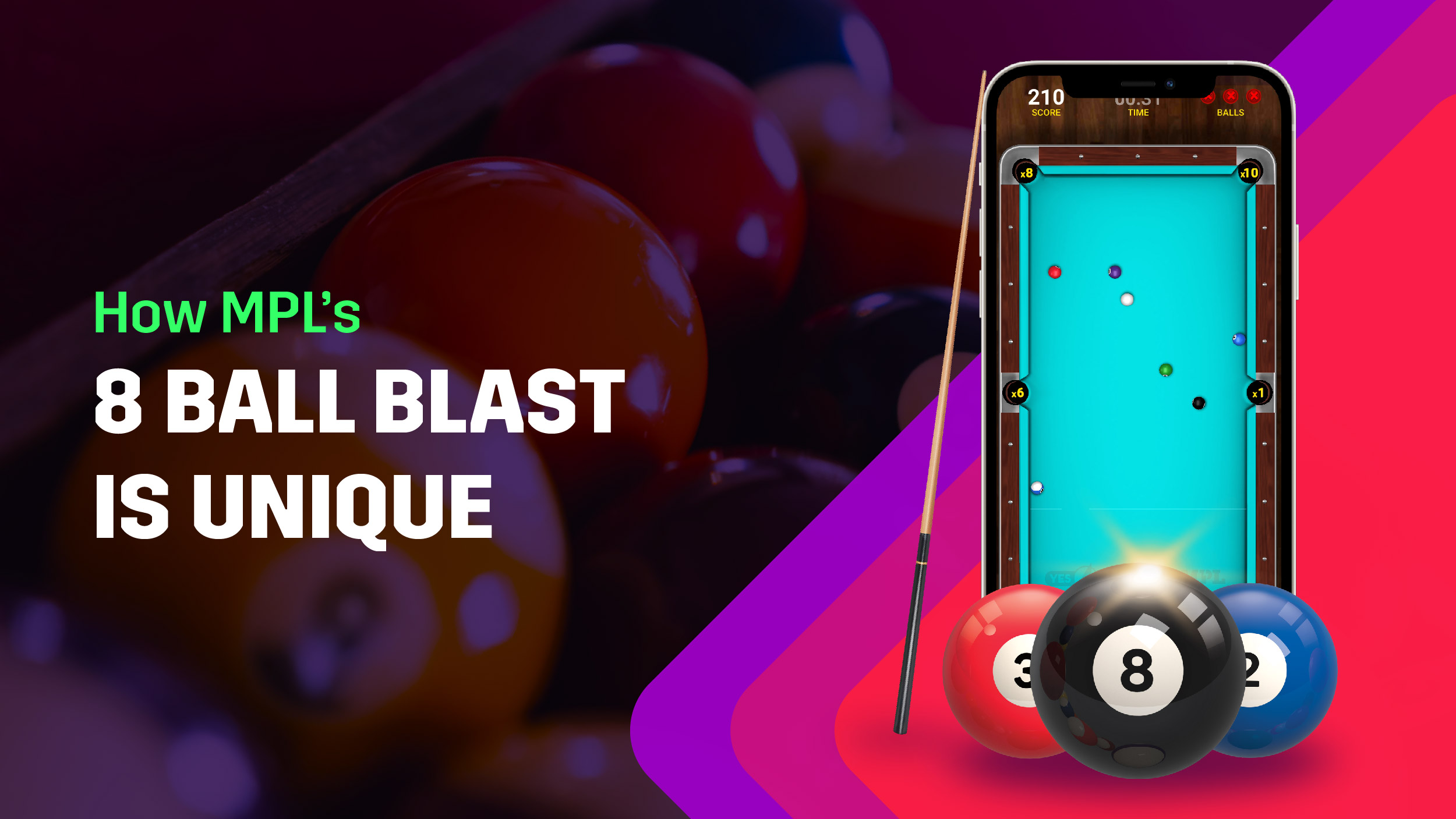 In the conventional sense, Eight-ball refers to a pool billiards game that you can play on a billiard table with sixteen billiard balls (i.e., one cue ball and fifteen object balls), six pockets, and cue sticks.

The object balls comprise seven solid-colored balls numbered 1 to 7, seven striped balls numbered 9 to 15, alongside the black 8-ball. Once the break shot scatters all the balls, a player is assigned either stripes or solid balls, depending on their initial pocket. The game’s objective is to pocket the 8-ball in a called pocket legally; this applies after all the player pockets all other object balls are from the assigned group.

The game also enjoys great popularity in the online gaming community. Presently, different variants of the game are available, each following its own set of tweaked gameplay rules and mechanics. It should be noted that many such variants are turn-based games, where two players compete with each other awaiting their turns with no necessary time limits applicable. However, most mobile gamers do not enjoy this aspect of the game, where all they can do is wait. While some opine that waiting takes away the game’s sense of urgency, others believe it’s part of the game’s essence. Most contemporary gamers love fast-paced gameplay and time-bound sessions, as these aspects push their boundaries and make them think out of the box to win.

MPL, the gaming platform that’s taking over the US market by storm, offers an exciting variant of 8 Ball Pool – known as 8 Ball Blast. And there’s a lot to like about this version!

While the fundamental objective of the game is somewhat similar, the gameplay mechanics are simpler, faster, and more engaging. 8 Ball Blast does away with the turn-based system followed by classic 8 ball pool apps and gives each player their own board. Your focus will entirely be on the shots you take, with your opponent not in the picture. However, you can view their score at all times, keeping that competitive element alive.

8 Ball Blast also uses a three-minute timer for each session. By doing so, players are constantly on their toes to register the higher score. You can end the game sooner by potting all your object balls in any order, including the 8-ball. The remaining time will be added to your final score as a timer bonus.

Another intriguing gameplay feature is the pocket multiplier. Since each object ball has a number and each pocket has a multiplier (1x, 2x, 4x, 6x, 8x, and 10x) that rotates with each shot, you can plan your potting strategy according to the proximity of each ball. It’s a lot more fun than you think, primarily because this is done on the go and not pre-decided. At the break shot, all pockets have a 10x multiplier. After that, the multipliers rotate in a clockwise direction. Also, the rotation occurs three times when you’ve potted the 8-ball.

MPL’s version of 8 ball pool also includes a lives system. Potting the cue ball or not pocketing an object ball in any can result in losing a life. Only three lives are available during each session. The game ends in the following situations:

The winner is decided based on the final score. Whoever scores higher wins!

Other notable factors that draw people to 8 Ball Blast are its striking graphical interface, smooth touch controls, and quick-to-grasp overall experience. The screen also includes a force bar applicable to the cue stick in each shot, along with three kinds of spins – top, bottom, and side – which help land those tricky shots.

Due to the less sophisticated rules and gameplay, 8 Ball Blast makes for an exciting alternative to usual 8-ball pool games, especially for those interested in playing for cash prizes. You can also learn the detailed rules here.

Now comes the most fun part – the real money rewards that you can win each time you play 8 Ball Blast. Participate in any available cash battles or tournaments and stand a chance to win cash that you can instantly transfer to your bank account. Cash games require players to submit an entry fee, and after that, you need to consistently win sessions to secure your spot on top of the leaderboard. Also, watch out for fun-filled mega prize events during special occasions where the stakes are higher, and the rewards are even bigger! Nothing should stop you from checking out 8 Ball Blast on MPL this very instant.