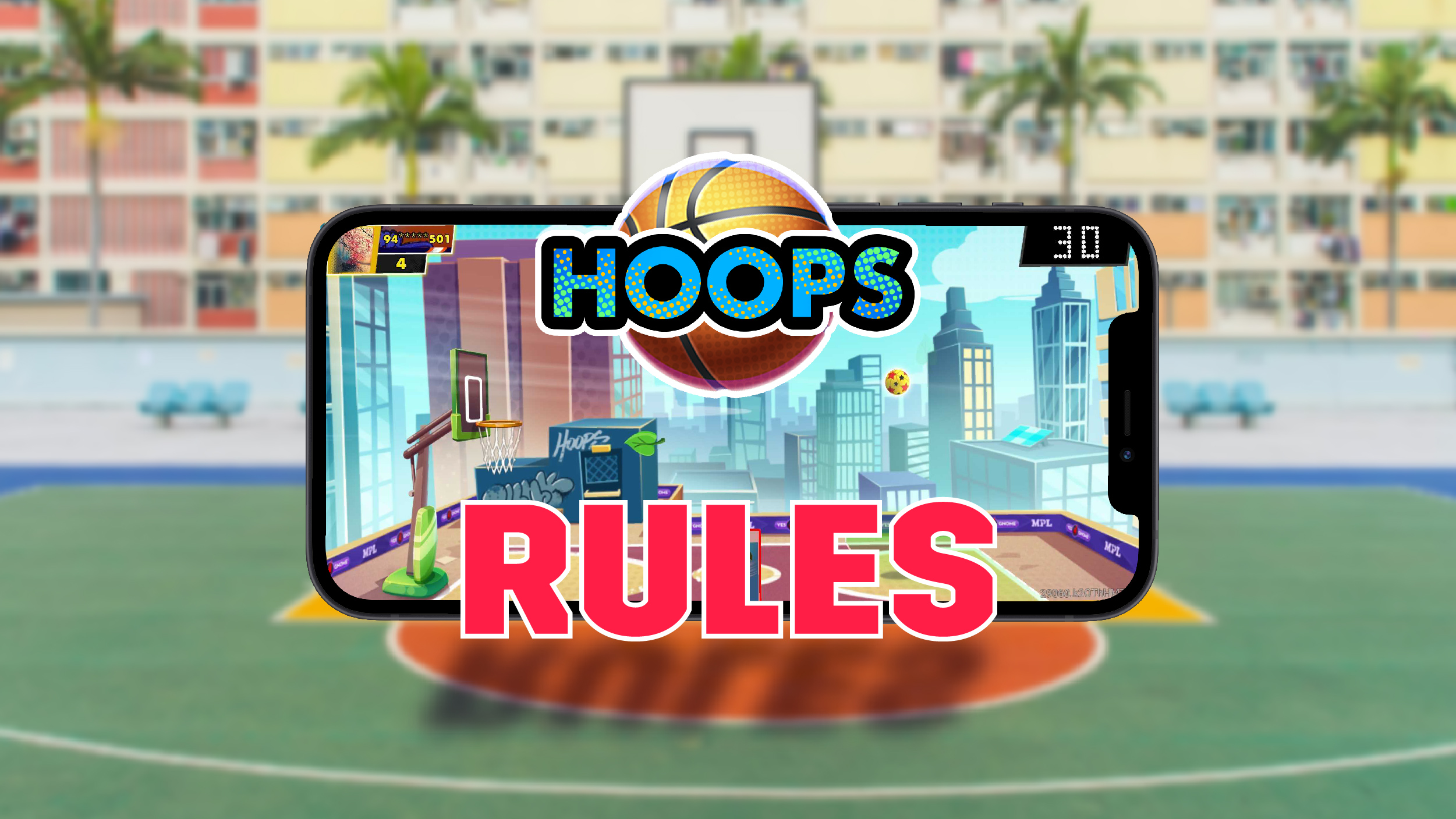 How MPL’s Basketball Game is Unique

Got a favorite basketball team? Hoops is a fun game for all those who love a game of basketball on their smartphones, featuring lovely animations and vibrant graphics. The game mode available for play is 1v1. Instead of the turn-based approach, Hoops on MPL allows players to sink hoops on the same court and contend for a higher score. It is a simple, seamless, and no-nonsense basketball game experience – you can play it anytime, anywhere on the app.

Hoops stands out from other online basketball games because of its street basketball-themed backdrops and sound effects alongside fast-paced gameplay. The various booster cards the appear throughout the game make it more impactful and challenging. You will have a great time attempting to sink those perfect shots and attaining high scores.

Hoops Basketball game is always played in “free throw” mode. The ball design and positions keep changing. However, no other complex game modes exist, requiring detailed tutorials to play. Therefore, the ultimate objective of this game is to shoot the best free throws consistently. Also, in case an online opponent doesn’t immediately join the game with you, the in-built asynchronous element will allow you to play the game regardless. The opponent can enter the game and finish up afterward to compare scores and declare a winner.

The basic rules and game mechanics are simple. Understanding them will go a long way in defeating your opponent, especially in cash games and tournaments.

→ Both players take one free throw after another on the same court with only the scores available to view on the top panel.

→ The free-throw line is not pre-decided as in a regular basketball game, but it keeps alternating between shots. Since the game follows the free-throw position, you are in possession of the ball, ready to sink the ball into the basket, shot after shot.

→ The game awards points each time a player scores a basket. What determines the points depends on the zone that you take the shot. It varies between a 1pt, 2pt, or 3pt zone.

→ Eleven booster cards are present in Hoops Basketball, adding to the fun. The cards auto-apply themselves while the game is in progress for a limited period.

→ If a point booster card is applied while the game is in progress, the score accordingly multiples with each hoop you sink.

Booster cards make the game a lot more captivating, whether it’s a game with friends or other random opponents. Here’s how each card affects the game:

• Magnet – Activates a magnetic force towards the hoop

• XXL Hoop – Augments the size of the hoop

• Hoop Shrinker – Reduces the size of the hoop

• Gravity – Adds an environmental effect to the shot

• Aim Extender – Enlarges the size of the aiming arc

• Earthquake – The screen begins to shake

• Brickwall – A wall blocks the hoop, forcing you to find a way around it

• Wind – The wind sways the ball, making it challenging to score baskets

• Ink Blot – An inkblot splashes across your opponent’s screen, almost blinding your view of the basket

• Short Aim – Reduces the size of the aiming arc

Once the game starts, all you have to do is drag the ball using a finger to set an angle of tilt and release the finger to shoot. Each time the ball sinks into the hoop, you score points. As noted, the ball’s position keeps varying with each shot, posing challenges and scoring opportunities along the way. The idea is to keep shooting the ball into the basket till the game clock reaches zero. Of course, the player with the higher score wins.

Since the game doesn’t follow the conventional basketball format for ease of play, there are neither any team fouls committed nor distinct segregation between a defensive player and an offensive player. The relaxed, arcade game-like basketball rules applicable to Hoops make it one of the most accessible games of basketball played online.

We can sum up the entire process in the following pointers:

→ Launch the MPL Pro app and type “Hoops” in the search bar.

→ You can select between free practice games or play real-time cash games with online opponents.

→ Remember to play a good number of practice games before you participate in any cash contests.

→ If you pick any ongoing cash contests, you have to submit the entry fee to join.

→ When the game begins, follow the rules and guidelines given above to shoot and score.

→ Secure a better score in comparison to that of your opponent to win the game.

→ Play as much as you like and spread the cheer!

Firing shots consistently is crucial to score perfect baskets and secure an edge over the opponent. If you are ready, fire up the MPL Pro app, play a round (or four) of Hoops Basketball, and make your day infinitely better!