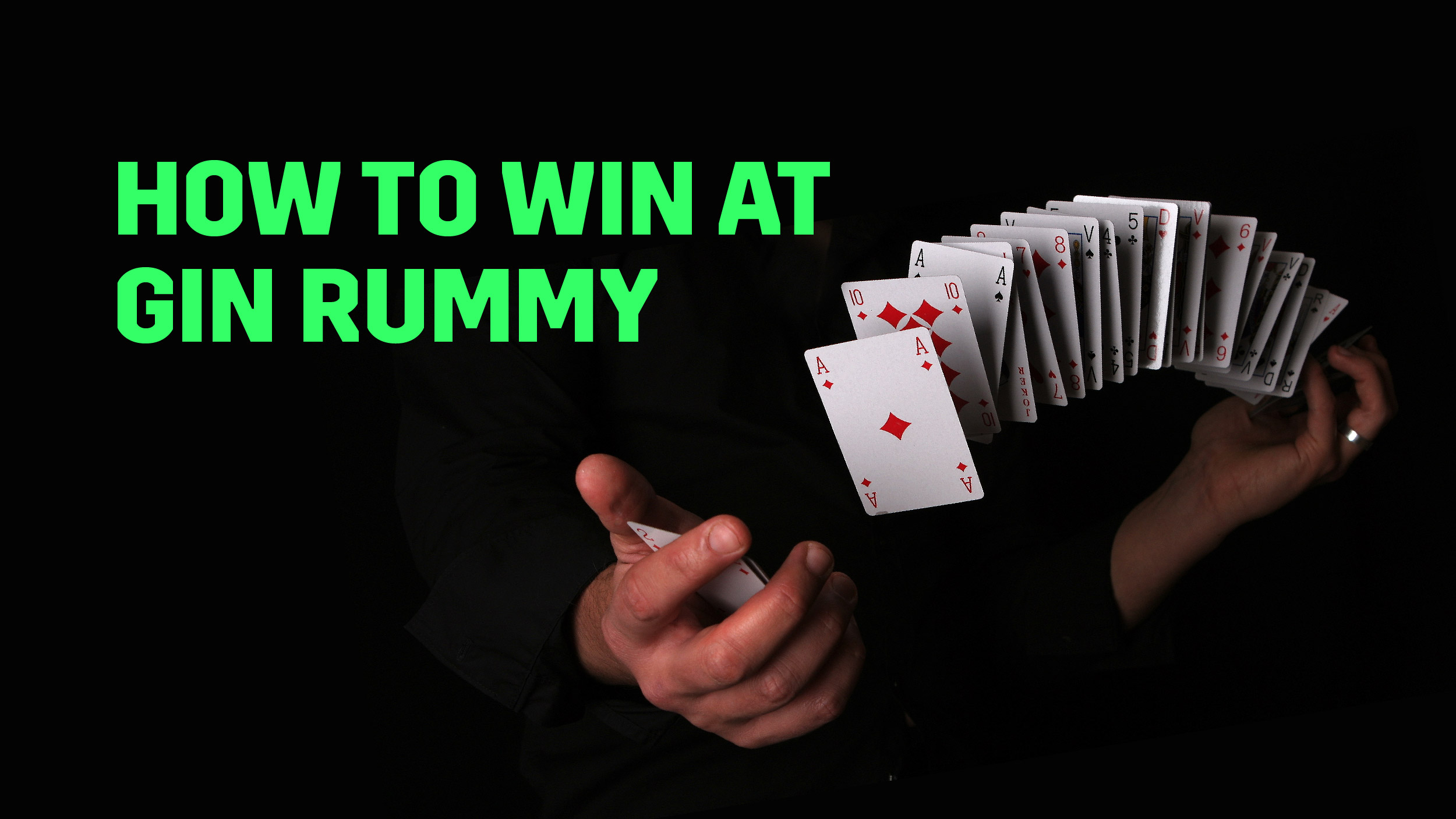 If you love to play rummy and indulge in rummy games frequently with your pals, then Gin rummy is a card game worth learning. Whether you lose or win, few card games offer the same levels of uninhibited fun as Gin Rummy. However, if you wish to play Gin rummy at a relatively more competitive level, it makes sense to understand a proper Gin rummy strategy to keep consistently winning. Our detailed guide will take you through the extensively known gin rummy tips and tricks to make you become a skilled player.

To start, ensure that you know how to play the primary version of Gin rummy by looking at our elaborate piece on how to play the game and abide by its rules. Building proficiency in any card game is directly linked to how well you know the game inside out. So, go ahead and study it substantially (if you already haven’t) to gain an edge over your opponent.

That said, we’re here to understand how to improve your Gin rummy, and let’s not cut you short any further. Please keep reading to learn some valuable Gin rummy tips and implement them in your next game!

Be Clear on When to Knock

It isn’t often that a hand ends with a player finishing all his melds. On the other hand, knocking to end a hand is more likely. So, there’s no doubt in anyone’s mind when it comes to being the first to knock, especially when less than ten cards remain in the draw pile.

One should remember that most gin rummy players play with house rules that award twenty-five bonus points for making a gin but just ten or twenty bonus points for an undercut. In the long haul, you can frequently beta your opponent’s score by knocking early and often, even when you get caught out once in a while.

There’s plenty to learn by observing what your opponent does with the discard pile. Their picks and discards are pretty reliable signals of the melds they’re going for and how close they’re to going out.

Skilled players shall never pick from the discard pile unless it helps complete a meld, but less proficient ones might. If your opponent is a relatively weak player, keep away from discarding cards that equal the ranks, or suit the cards he picks up.

As an expert, we suggest discarding high cards early on in the game. If you notice that the player discards a high card late, they are likely to have switched strategies and are pretty close to going gin or knocking.

Avoid Drawing to an Inside Straight

Similar to Poker, it isn’t entirely a great idea to try drawing the one card that completes an inside straight. Actually, it’s a much better idea to hold on to two consecutive suited cards. By doing so, you can double the chances of completing your meld. The only occasion when it might be worth holding on to suitable one-off cards is in the game’s early stages.

Hold on to High Pairs Early in the Hand

Most players who are just aware of the fundamental Gin rummy strategy are likely to discard their high cards during the initial turns of each hand.

If you are playing against a newbie and are dealt high cards, you may want to hold on to them for the first few turns before you decide to discard them. Similarly, if your opponent is a Gin rummy expert, you might feel tempted to get rid of high cards in the beginning stages of the game, but kill the urge as you may end up in a trap later on.

In the same vein, if your opponent is solid at Gin Rummy, don’t be tempted to steer clear of high unpaired cards too early in the game, or you may be falling into a trap. As the game progresses, the risk of holding deadwood high cards augments, and you should get rid of any deadwood face cards around the time the deck is gone halfway.

If you are stuck in a situation where you must attempt to build a meld off a single card, pick a mid-ranked one such as a 5, 6, or 7 as your foundation. Those mid-ranked cards provide the maximum options to form melds of three or four card melds and are also sufficiently low in value that if you get caught out with them, it wouldn’t be as costly compared to holding higher value cards.

Use Card Triangles to Build Melds

In essence, card triangles refer to any two consecutive suited cards with an extra card (of the same rank) as one among them. For instance, holding a 6 and a 7 of hearts and a 6 of diamonds amounts to a card triangle. Card triangles offer four ways to form a meld.

Complete a meld using the above instance by going for the 5 or 8 of hearts for a run or picking the 7 of spades or clubs to complete a three 7s set.

Extract the Card You Need from the Opponent

You can use many ways to goad your opponent to discard the exact card you require. One of the most well-known tricks is discarding a card with the same rank but a different suit to the card you want. For instance, when you need an 8 of hearts, discard an 8 of spades, and if your opponent has an 8 of hearts, there’s a high chance you’ll see it discarded in the subsequent turn.

If you are playing against someone you believe knows this trick, use it against them by avoiding laying a card that matches the rank of their previous discard.

Alter Your Style of Play

Keep in mind that Gin rummy is a pretty long game. Don’t be bothered by your opponent sticking to the same style and strategy. You should always attempt to keep your opponent guessing! Switch up your style whenever you need to, and there’s a good chance that they will be surprised by it. Maybe, it will give you an edge over them, resulting in an eventual win.

Do not Draw From Discards Unless It Helps Complete a Run

For example, if you pick up a six of clubs to match the six of diamonds in your hand, you might never get close to that third as your opponent is likely to hold onto it until the game concludes.

Discard Higher Value Cards Instead of Lower Ones

The key is to build a good enough hand to knock with, which implies that you’ll need to reduce your deadwood score. Having a single deadwood face card suggests that all the remaining cards need to meld to knock, and even in such a scenario, the knock would be weak. Dump all your deadwood face cards and keep your low cards to augment the chances of an early knock.

Go for an Early Knock if Possible

While there is a probability that the opponent can undercut you, if you knock sufficiently early, you will likely catch your opponent with enough deadwood that you’ll be able to score. At times, even knocking with ten deadwood points early on can turn out to be a strong one. You may not necessarily make gin, but there’s a higher chance of picking up points from the opponent’s unmatched cards.

Do not Attempt Weak Knocks Late in the Game

If the deck is already halfway gone, your opponent has mostly gotten rid of the worst possible deadwood; therefore, knocking with ten points is primarily an invite to be undercut. It is wise to remember that the longer the game goes, the better your hand must be to knock.

Work Around the Player, Not the Game

This is one of the principles that essentially distinguishes professionals from amateurs. If you have a clue on what kind of player you’re playing against, you can use that to your advantage. It’ll aid you in making that all-important decision of when to knock.

In the first hand, take a step back from knocking (unless you get gin, of course!). This allows you to see the type of player you’re dealing with, which gives you the upper hand later on.

Now that you’ve read the above tips, let’s take you through some Gin rummy stats that always hold true: