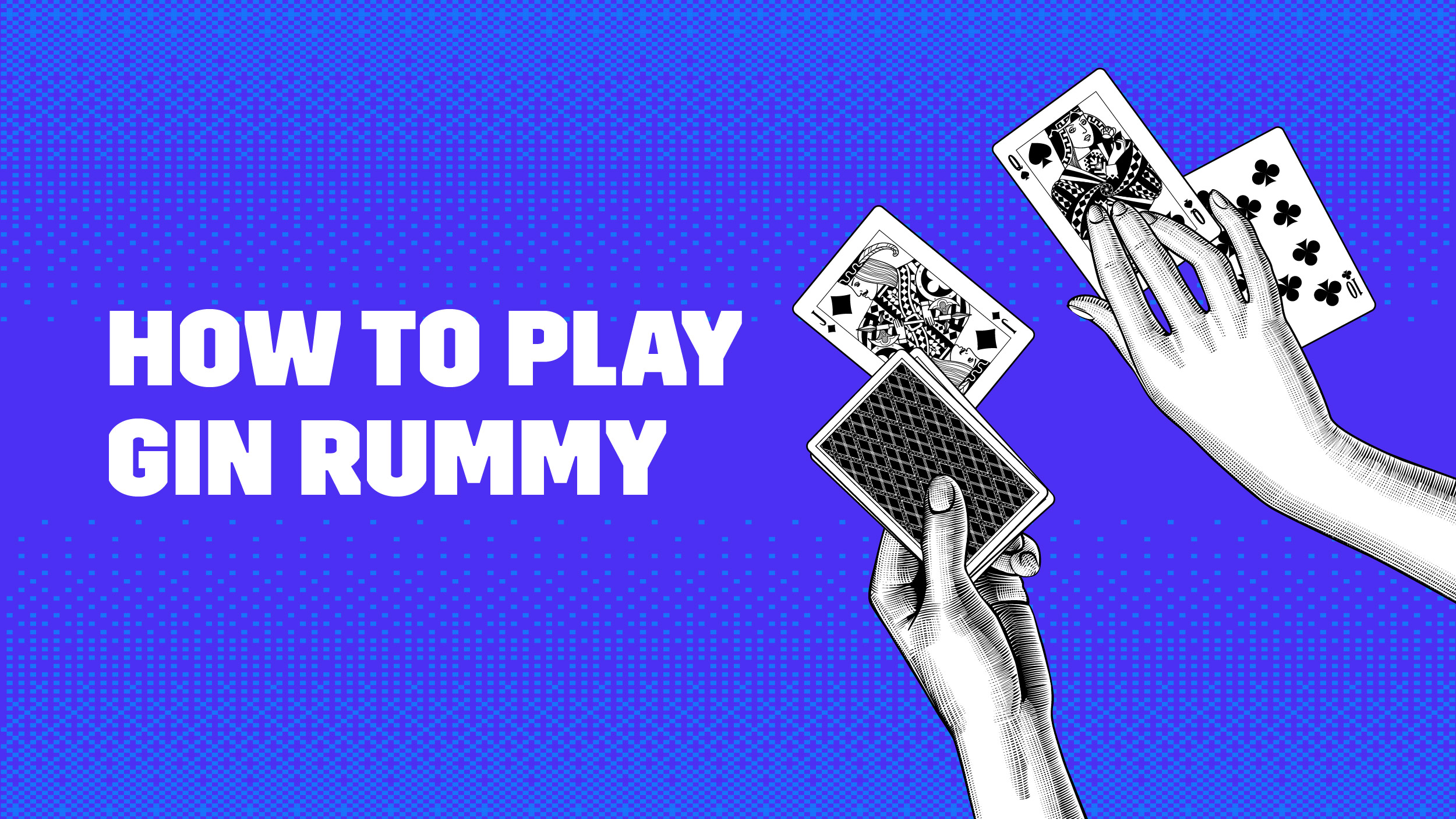 Essentially speaking, Gin rummy is a two-people card game where you try to arrange all of your cards into matching sets or runs before your opponent manages to do so. As the name suggests, the game is a variant of Rummy, but instead of laying your cards face up during the game for the opponent’s viewing, you conceal them until the game concludes. To play gin rummy, you need to learn how to deal cards, create sets and runs, and score points.

Gin rummy is a pretty old card game developed during the early 1900s. Yes, it’s good fun, but it also helps give your mind a challenge and improve your memory and strategic thinking capabilities. Gin rummy and rummy are related to each other, but the former is meant only for two players, and it plays out much faster than the multiplayer rummy card games. Before you play, you should understand the objectives, scoring options, and gameplay concepts. That’s what we’re here for. So keep reading!

The Rank of the Cards

The Card deck used in Gin Rummy is a standard fifty-two card deck with the jokers kept aside, as you won’t be needing them at any point.

Your goal in a gin rummy game is to work strategically with your hand of cards to come up with sets and runs while simultaneously getting rid of as many “deadwood cards” (i.e., cards that are not part of a set or run) as possible. To do so, the key lies in understanding each of these concepts in a more detailed manner.

As mentioned above, a run (or a sequence) consists of three or more cards of similar suit and in successive rankings. An easy example would be a 3, 4, 5, and 6 of diamonds. Another instance of a run is a jack, a queen, and a king, as the face cards are of the same suit with consecutive ranks.

These are individual cards that cannot become part of a set or run. If you possess sets and runs, and the points on your deadwood cards sum up to ten or less, you can conclude the round. An instance of deadwood cards that total ten points or less is when you have a 6 of diamonds and a 2 of hearts – equaling 8 points. If you have no deadwood cards, you have a gin hand and knock gently on the table to get your points for the round.

A game goes on for multiple rounds but concludes when one of the players reaches 100 points based on the game’s scoring options.

Set-Up of the Game

-Draw a card to decide the dealer:Each player must draw a card face-down from atop the deck. The person with the lesser valued card ends up becoming the dealer. The loser of the most recent round becomes the dealer in the following rounds.

-Deal ten cards to both players: The dealer must distribute ten cards, face-down on the table, to both the players. Cards must constantly be dealt clockwise around the table, but with just two players, you’ll alternate back and forth until both possess ten cards.

How to Play Gin Rummy Explained

We’ll explain how to get a game of gin rummy going (post-setup) in the following steps:

-Arrange your cards into melds: Have a closer look at your ten cards. Convert them into possible “melds,” i.e., sets or runs. As indicated earlier, a set is three or four cards having the same rank (7-7-7), while a run is three or more cards of successive rank in the same suit (2-3-4).

-Pick up a new card. Whether you decide to pick the card on top of the stock pile or the one in the discard pile, pick up the new card and evaluate whether it can help you form melds. Carefully inspect and see if you already possess a couple of cards having the same numerical value or if it instantly connects a couple of cards to create a run. If you pick up a card from the stock, conceal it well unless you’re immediately putting it back into the discard pile.

-Discard an unneeded card: Choose a card from your hand that may not be helpful and place it in the discard pile face-up. If a card appears to be an outlier that doesn’t match effortlessly with your cards, it is worth discarding. You also can discard whatever you just pick from the stock pile. However, you cannot discard a card you just picked up from the discard pile in the same turn. You can discard the same in your subsequent turn if you wish to, but you have to keep it for a minimum of one turn. At the end of each turn, you must still have ten cards.

-Close out the game when only two stock cards remain:If a player picks the third-to-last card in the stock and the game is still in progress, the hand is canceled. No points will be awarded to either player, and the cards need to be re-dealt.

You can stick to a straightforward scoring system in your gin rummy games, or you can develop variations in scoring to make the game more exciting. Here are some options:

A player can knock when the total value of their deadwood is ten or less. To go knock, the player puts the card they’ll discard face-down on the discard pile. After a player does go knock, all cards are faced up, and the non-knocking player gets the chance to lay off their deadwood cards over the knocking player’s melds. Let’s look at this with the help of an example: