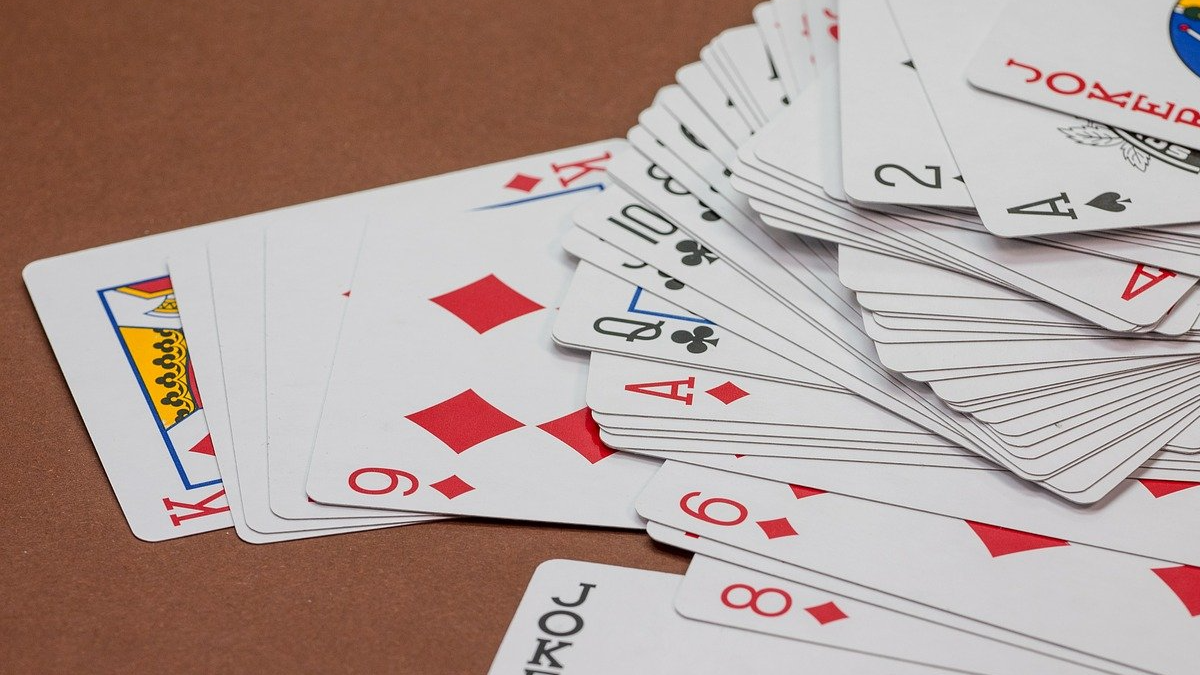 Bridge is the quintessential card game, and it is undoubtedly the most enjoyable game that four people can play with a deck of cards.

It is played by millions of people worldwide, more than any other card game. It is known as “the card game” in social circles. You will find it intriguing, challenging, and fun, whether you play informally with friends or professionally in clubs and competitions.

The Origin of Bridge Card Game

Bridge is an old card game that dates back to the beginning of existence. We have documented information about its immediate parent, “Whist,” in England since the 16th century, when it was popular among the lower classes. The game continued to attract the more privileged classes, and its popularity developed to the point that Sir Edmond Hoyle formalized it with detailed rules in his “Short Treatise” on the game’s method, published in London in 1742. The word “according to Hoyle” became associated with good behavior even outside of the card game. Hoyle’s idea was to contextualize a fine card game as a social instrument with profound moral importance.

Bridge is perhaps the finest card game ever. It is not only a lifelong buddy, but it also allows you to establish new lasting friendships because it is a partnership game. From the four stages of a bridge hand to professional bidding guidance, get started with bridge and develop your game to maximize your odds of succeeding.

How to Play Bridge?

The four participants form two teams, each taking a point on the compass. North collaborates with South, and East collaborates with West. Each player is dealt thirteen cards, which must be sorted into the following suits: spades, hearts, diamonds, and clubs.

Bidding and play are the two aspects of the game.

The partnerships employ bidding in the first phase to choose which person will be the declarer and also how many tricks they should win with chosen trump suit or even without it.

In the second phase, both teams compete to win as many rounds as possible.

Once you’ve mastered the game, the world will be your playground. In addition to playing social bridge with friends, you might join clubs. This might lead to you competing in competitions both locally and internationally.

After the pack has been mixed, the cards are dealt radially, one at a time, until each player gets 13 cards, at which point the bidding round begins.

Each bid must include a number between one and seven, representing the number of rounds in addition to the six that the bidder pledges to try and win. Each bid must identify the suit that will be the trump (or no trump at all if the bidder wants to play without a trump suit).

A player may Pass if he does not want to bid.

Each bid around the table must identify a larger number than the previous bid or an equivalent number in a higher-ranked suit (or notrump). Notrump is the highest rank for bidding purposes, followed by spades, hearts, diamonds, and clubs.

There are 35 potential bids ranging from 1 (lowest) to 7NT (highest). A bet of eight would be a declaration to win 14 tricks, which is unachievable with only 13 rounds in play.

For instance, if the opening bid is 1 hearts, the following bet may be 1NT (no trump) or two or more in any suit or no trump. No one may bid 1 spade, 1 diamond, or 1 club. The bidding cannot be reversed!

There are two more specialised bids available: double and redouble.

In turn, any player may double the previous bid if it was made by an opponent. The effect of doubling is to raise the score value if the doubled bid is selected as the winning bid.

At his turn, a player may redouble only if an opponent doubled his side’s last bet. A redouble has the effect of increasing the scoring numbers even further.

Any player can bid more than a double or redoubled bid if the new bid is higher than the original one. All prior doubles and redoubles are cancelled if this is done.

The bidding is concluded when any bid, double or redouble, is followed by three successive passes in rotation, and the last bid becomes the contract. If a suit is mentioned in the contract, all cards in that suit are trumps. The deal is played without even a trump suit if the contract is in notrump.

The declarer’s teammate becomes the dummy. Defenders will be the two remaining players.

At this time, you enter the game’s second phase, play.

A play is made when you take a card from your hand and place it face up in the middle of the table. A trick is made up of four cards, one from each player in a clockwise rotation.

The lead is the first card played in each trick. On each deal, the defender on the left of the declarer must take the first lead. This is known as the opening lead.

Any card in the leader’s hand may be played in any trick. The remaining three participants must then follow suit, if possible, by playing a card of the same suit. If a player is unable to follow suit, he or she may play any card.

Dummy immediately spreads his whole hand face-up, neatly sorted into suits for all players to observe as the first lead is made. If a trump suit is decided, it should be positioned to the right as seen by the dummy. Trumps, in declarer’s opinion, would be on the left.

During the game, the fake player does not choose his own cards. The declarer must play his own hand as well as the dummy’s hand, but each hand must be played in the correct turn. All four players are responsible for ensuring that the declarer’s dummy plays are lawful, i.e., following suit wherever possible.

The dummy player may warn another player not to break any of the rules. For instance, if clubs are led, and the declarer plays a spade from his hand, the dummy may ask, “No clubs, partner?” to avoid a revocation.

Each trick is gathered and placed face down on the table. Declarer should adequately organize all tricks won by his side so that it is clear how many tricks have been won and in what sequence they are won. The defender who wins the first trick must do the same for all subsequent tricks won by either opponent.

The play will end after all 13 tricks or rounds have been done. The deal is scored when both sides agree on the amount of tricks won by the declarer.

Bidding is regarded as the most crucial component in bridge. It goes without saying that a strong bidder means a successful bridge player. To get you started, here are a few bid tips: