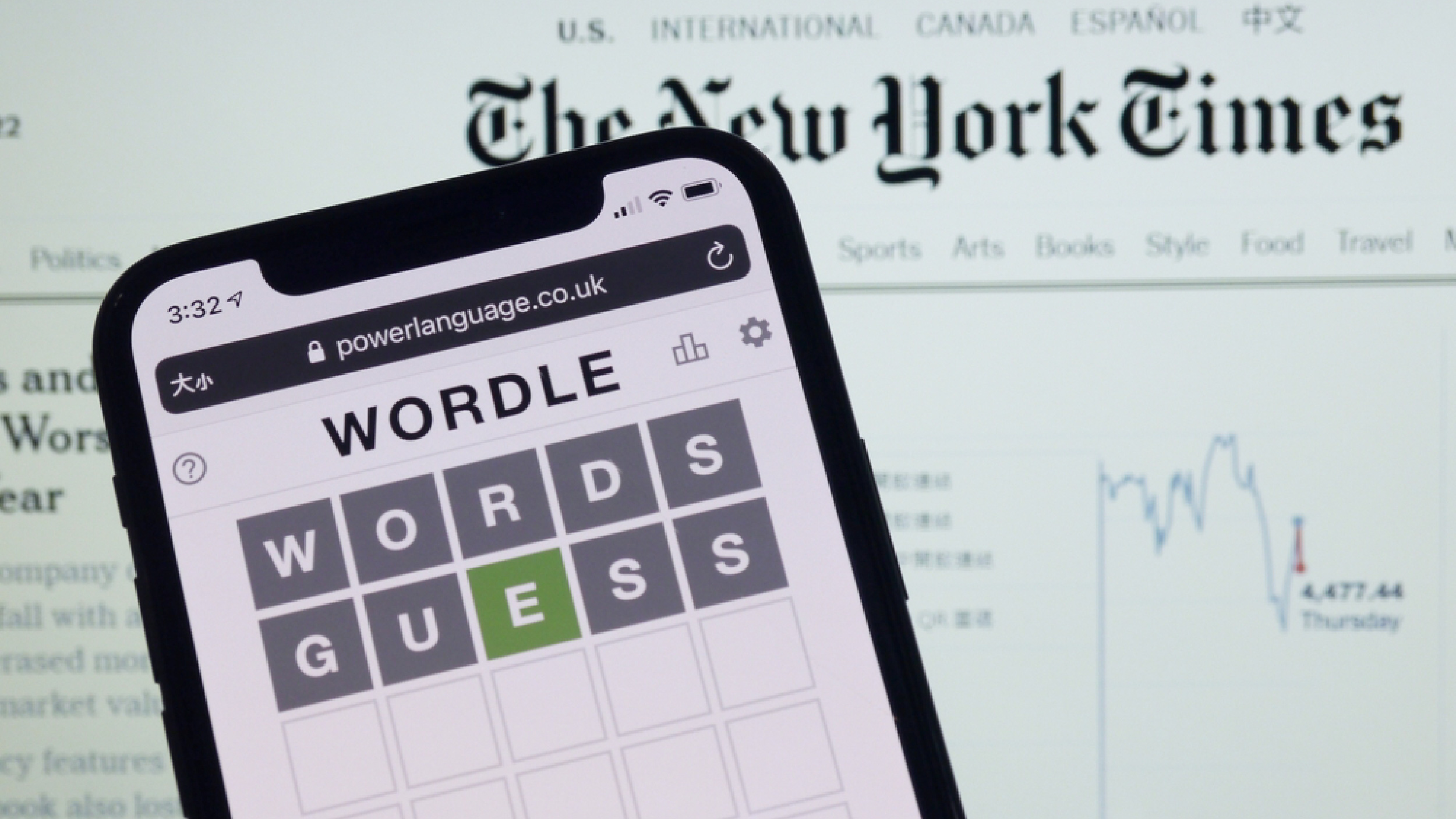 Did you notice people sharing colored titles with a mention of the game Wordle across social media lately? If you did but haven’t figured out what it means yet, we’re here to talk about Wordle, one of the hottest trending word games on the internet right now.

Wordle is an online word game developed by Josh Wardle. Players have six attempts to guess a five-letter word, with feedback given for each attempt, in the form of colored tiles depicting when any letters match or occupy the correct position. The game mechanics are similar to Jotto, a 1955 pen & paper game, and the American TV game show Lingo. Wordle offers a single daily word solution, with all players trying to guess the same word.

Josh Wardle initially created the game for himself and his partner, but then it went public in October 2021. The game received immense traction and popularity during December 2021 when Wardle added the feature where players could copy their daily results in the form of emoji squares and share them widely on Twitter. This suddenly led to the rise of numerous clones and variations, also in languages other than English.

The incredible rise of this guessing game after its public release in October 2021 is a story worth your time and attention. Over the last few months, Wordle has emerged as a daily obsession for word-game fanatics and enthusiasts. While just 90 people played the game on November 1, 2021, just around a couple of months later, around 300,000 people played it. At present, the puzzle attracts millions of players daily.

How to Play Wordle?

Every day, a five-letter word is picked, which players aim to figure out in a maximum of six chances. After each guess, the letters are marked as green, yellow, or gray: green implies that the letter is correct and positioned accurately, yellow indicates it is in the answer but in a wrong spot, while gray means it is not in the answer word at all. Some target words may contain duplicate letters, for instance – the “o” in “robot,” but the color-coded responses do not let the player know about additional use-cases of duplicated letters and only provides the best-answer clue for each word guessed.

The game also has a “hard mode” version, where players need to include letters marked as green and yellow in the following guesses. The daily word is the same for all players. It even features a dark theme along with a high-contrast theme for colorblind folks to access the game, which alters the color scheme from the typical green and yellow to orange and blue.

Also, once you exhaust your daily attempt, you will have to wait a day for the next word to arrive. The browser will recognize visitors if they have already attempted the game during the day, with a timer clock for the next word and an option to share your score on social media. According to some sources, a total of 2,315 five-letter words exist in Wordle’s dictionary.

Tips to Score Higher in Wordle

Unless you’re a word game purist, you might require a few tips to get the word correctly in lesser tries and secure a higher score. The following strategies and tips might prove to be helpful:

– Selecting your first word: The first word (i.e., the first try) is undoubtedly the most significant. To get the most out of your opening word, choose one that has at least three vowels, and preferably, five different letters. Examples include media, orate, radio, and adieu. Such words give you a higher chance of revealing the correct letters.

– Notice your grays and never reuse them: The keyboard at the bottom end of the Wordle board clearly shows green, yellow, and gray letters. Avoid inputting gray letters, as it’s evident that these letters are not part of the word. Though it might take a long time to think of five-letter words that don’t have the letters you’ve entered already, the end result will be worth it!

– Letters can appear more than once: This adds another layer of sophistication to the game, especially in cases where you’re about to run of letters to try in the fourth and fifth tries. Letters can repeat, as is the case with words such as ferry, chill, and sissy, which have all been correct answers in past Wordles.

Use the above methods and strategies to get ahead of the game and figure out the word of the day faster and in lesser attempts.

Place was a shared online space – like a gigantic online canvas – allowing anyone to battle over what was drawn there. Enormous, sprawling communities were fighting for this online space at one point, also resulting in augmented popularity for Wardle.

Why Did it Become So Viral?

Towards the end of January 2022, creator Josh Wardle sold Wordle to the New York Times for a figure believed to be in the low seven figures.

The game became a viral sensation on the internet when a user in New Zealand (where the game is viral) showcased her results in a series of emojis on Twitter. This prompted Wardle to develop a function that allows users to share their results more easily, in the form of an aesthetically pleasing Rubik’s Cube-style grid configuration.

Wardle also attributes the game’s growing popularity to its simplistic design, accessibility, and user experience, while remaining challenging all through. Players often mention that they feel a sense of accomplishment when they play and discuss their scores in public discussions. It symbolizes smartness and intellect, and people enjoy that.

As gaming experts remark, part of Wordle’s appeal also harks back to a more nascent, innocent age of the internet. Users have become tired of numerous applications unethically using their data and attempting to monetize gameplay or encourage a trend of addiction.

Where to Find the Original Wordle Game?

You can play Wordle now on powerlanguage.co.uk/wordle/ using a desktop or mobile phone browser. After the NY Times acquisition, they intended to add the game to its mobile app alongside other crossword puzzles and Spelling Bee games, hoping to bring up to 10 million digital subscribers by 2025.

The Times asserted that the game would initially remain free with unlimited access to both new and existing users and that there won’t be any changes in the gameplay. Fans are skeptical that the acquisition will eventually lead to a paywall. As the game operates wholly using client-side code run in the browser, certain players have downloaded the web page (for offline use), fearing that The Times would undesirably modify the game.

Numerous clones emerged following Wordle’s quick rise in popularity at the beginning of 2022. Some clones revamped the Wordle formula in a new and unique methodology. For instance, some require you to guess two words and not one, using similar methods or different ones. Absurdle is an opposing version of Wordle where the answer word changes with every guess.

Another set of clones includes one that only uses four-letter swear words as its valid vocabulary pool and one that lets players alter the length of the word. Several ad-supported clones also popped up on the iOS App Store in January 2022 but offered slight variation, at times, even borrowing the original game’s name. Users continued seeking out other clones of Wordle on the App Store, and around January 11, almost all of the clones had been taken out from the store.

By the beginning of February 2022, a minimum of 350 different variants of Wordle were documented on the website “Wordles of the World.” These include at least ninety-one versions based on real languages, including ancient & regional dialects of specific languages, indigenous languages, symbolic languages, and even fictional ones.

It remains to be seen whether Wordle will continue to spread like wildfire on the internet, but one thing’s for sure – we certainly cannot question the game’s appeal. The entirely addictive nature and the ease of play are good enough reasons for Wordle’s longevity.