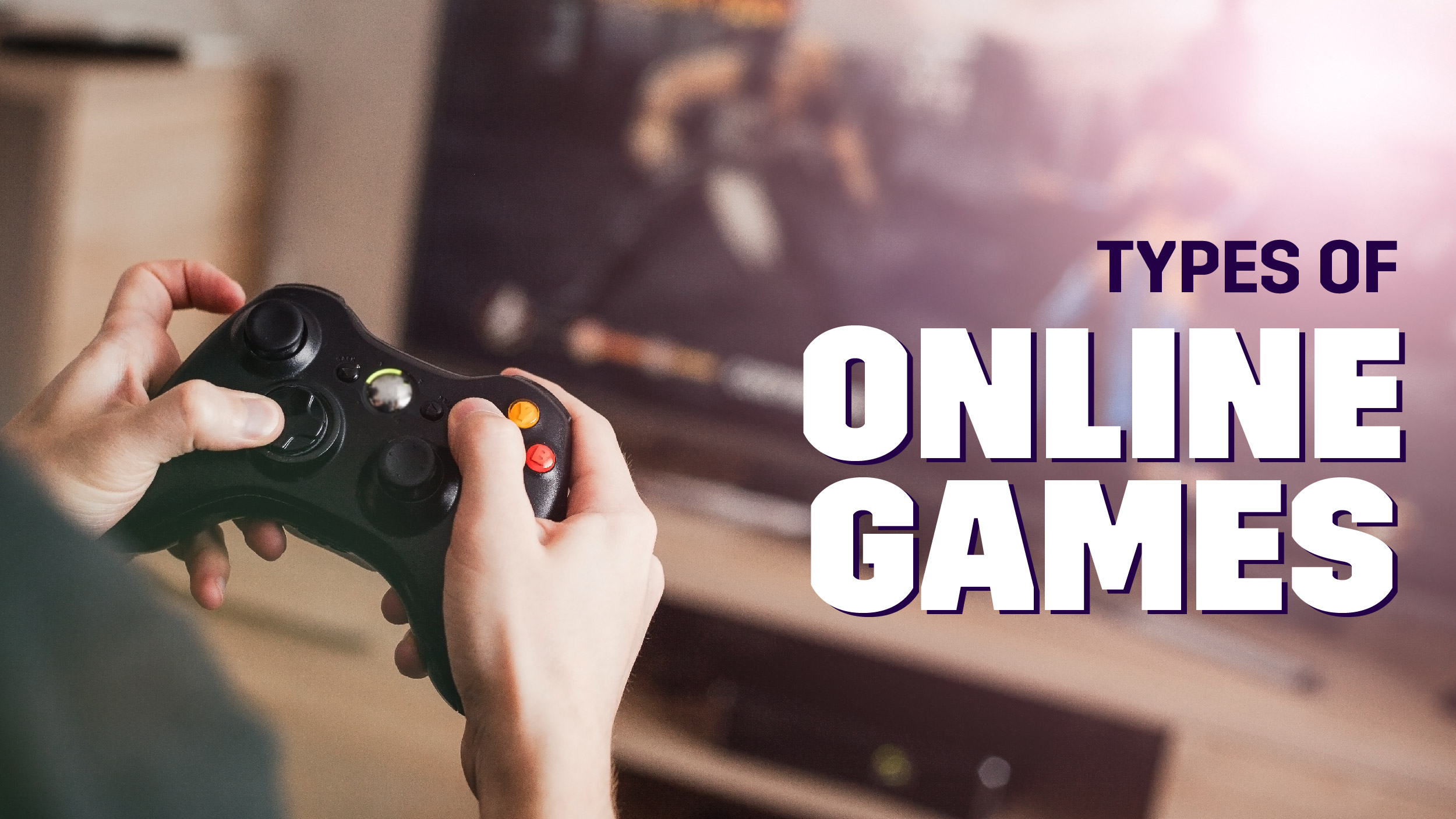 You’ll come across numerous kinds of gamers online. Some take their play very seriously and spend as much as possible, and then, some play infrequently, for leisure and entertainment purposes. The latter fixates on certain types of video games. In contrast, others love checking out every video game for story-driven thrills, producing their gaming-related content, or competitive play.

The same applies to the many different types of online games. Though covering all of them isn’t what we’re setting out to do, discussing some of the most popular ones makes sense. In case you’re still taking baby steps in the online gaming world, this guide could turn out to be a great starting point.

There’s no doubt that internet technology’s introduction and eventual advancement are responsible for expanding online games to a massive extent. Presently, there are thousands of options for playing games online, attracting people of all ages. Based on the tastes and preferences of gamers, they now have the option to choose from a wide variety of games, including action-adventure games, mind games, sports games, and even online casino games. Now let’s look at some of the most popular types of online games in this article:

1. Based on the number of players

Out of the many different game types you’ll come across online, the first, and probably, the most significant segregation, is based on the number of players involved. The purpose of an online game is, by itself, to have more than one player involved in a direct, real-time competition.

Massively multiplayer online games, abbreviated as MMOGs, are top-rated in the US and worldwide. Whenever a discussion brings up online games, this category is likely to be the first to come to mind. The list of globally acclaimed MMOGs includes games like Roblox, Fortnite, and Minecraft.

MMOGs’ concept allows thousands of players scattered worldwide to log on and play simultaneously. You get to decide the levels of interaction; it can range from zero conversation and bonding to involving yourself in friendly banter with co-players. Further subcategorizations of MMOG include role-playing games, puzzle games, first-person shooter games, and more. This depends entirely on the game’s thematic concept, so there’s plenty to dig into if you’re interested.

As the title suggests, the gameplay involves two players playing simultaneously on the same or different devices. Two-player games can also be turn-based. It is interesting to note that numerous turn-based games follow the two-player format, adding a thrilling competitive element to ascertain the winner.

The idea of ambitiously playing against a real human player instead of an in-built AI is the core of a two-player online game. Some pretty famous names include Smash Tanks, Dual, Mucho Party, Glow Hockey 2, Duel Otters, Dunkers, and more. Also, all games on the MPL app follow the two-player format in the form of 1v1 battles if you’d want to try some instantly.

We refer to a single-player as a video game where just one player keys in all the input through the length of the session. While some games are designated as “single-player” because only one player can play at a time, numerous others come with a “single-player” or “story mode” alongside other multiplayer game modes.

Instances of single-player games range from simple ones where you shoot at targets to beat an existing high score or story-based games that include big names like Grand Theft Auto, The Wolf Among Us, or Star Wars: KOTOR.

The attainment of specific objectives also drives some online games. They are further segregated as follows:

The concept is similar to board games that require a fair amount of strategizing to progress. These games often feature a vast gameplay universe and multiple resourceful elements. Players acquire skills, develop tactics and strategies to surpass challenges. These games have quickly moved on from turn-based operations to real-time gameplay as input by the players in recent times.

Strategy games permit players to plan out different ways to attack and defeat their opponents. The perfect example of such a game is XCOM 2.

Everyone likes to be in control of their stories, right? Life simulation games allow that, to a minor extent. In this subgenre of simulation games, the player’s objective is to take control of one or more virtual characters. These games often simulate several real-world activities, which you pick based on your interests. The Sims is one of the best examples of a life simulation game, selling over 200 million copies worldwide. Now, you get to play a game like that in the palm of your hands – on a smartphone.

The idea of a cross-platform game is to solve a critical gaming problem – they allow players to play and relish the game regardless of what device they play it on. Be it a Playstation, an Xbox, or a handheld console, the facility allows all gamers an equal chance to compete. Such games maintain the balance between gamers who love debating which console is the best. Some big names in the list of cross-platform games include Mortal Kombat, FIFA, Among Us, and Genshin Impact.

While we’ll always get a kick out of visiting a casino to play games such as poker, blackjack, roulette, bingo, or baccarat, it isn’t always possible. Online casino games prove to be the next best alternative, replicating the same games with the same consequences within the comfort of your home.

The best part is that they’re safe, convenient, and just as exciting to play as the actual casino versions. Everything you find playable in a casino, you’ll now be able to find online.

Arcade games date back to the early days of the video game industry’s inevitable boom. They’re playable for players of all ages.

Once upon a time, heading to a gaming arcade was one of the most incredible things to do as a youngster. But now, arcades have found homes inside malls or near franchise restaurants, and you can also play numerous arcade games online on a smartphone or a tablet. These games are pretty straightforward, lots of fun, and infinitely addictive. Each move packs a punch, and each second matters in winning.

You can play Fruit Chop, an excellent arcade game, now on the MPL app.

Once playable on wooden or porcelain game boards, board games are essentially social games at present. You can find a decent number of online board games across gaming websites and platforms, mainly following the same rules but occasionally simplifying them for faster gameplay and instant outcomes.

The list ranges from popular choices like Scrabble, Monopoly, and Chess to offbeat ones such as Mahjong and Backgammon.

The different types don’t end here. In fact, the world of online gaming is like going down a rabbit hole. The deeper you dig, the more you’ll want to know. We hope our guide encourages you to try out online games on your smartphone. For that, MPL might be a great place to start!