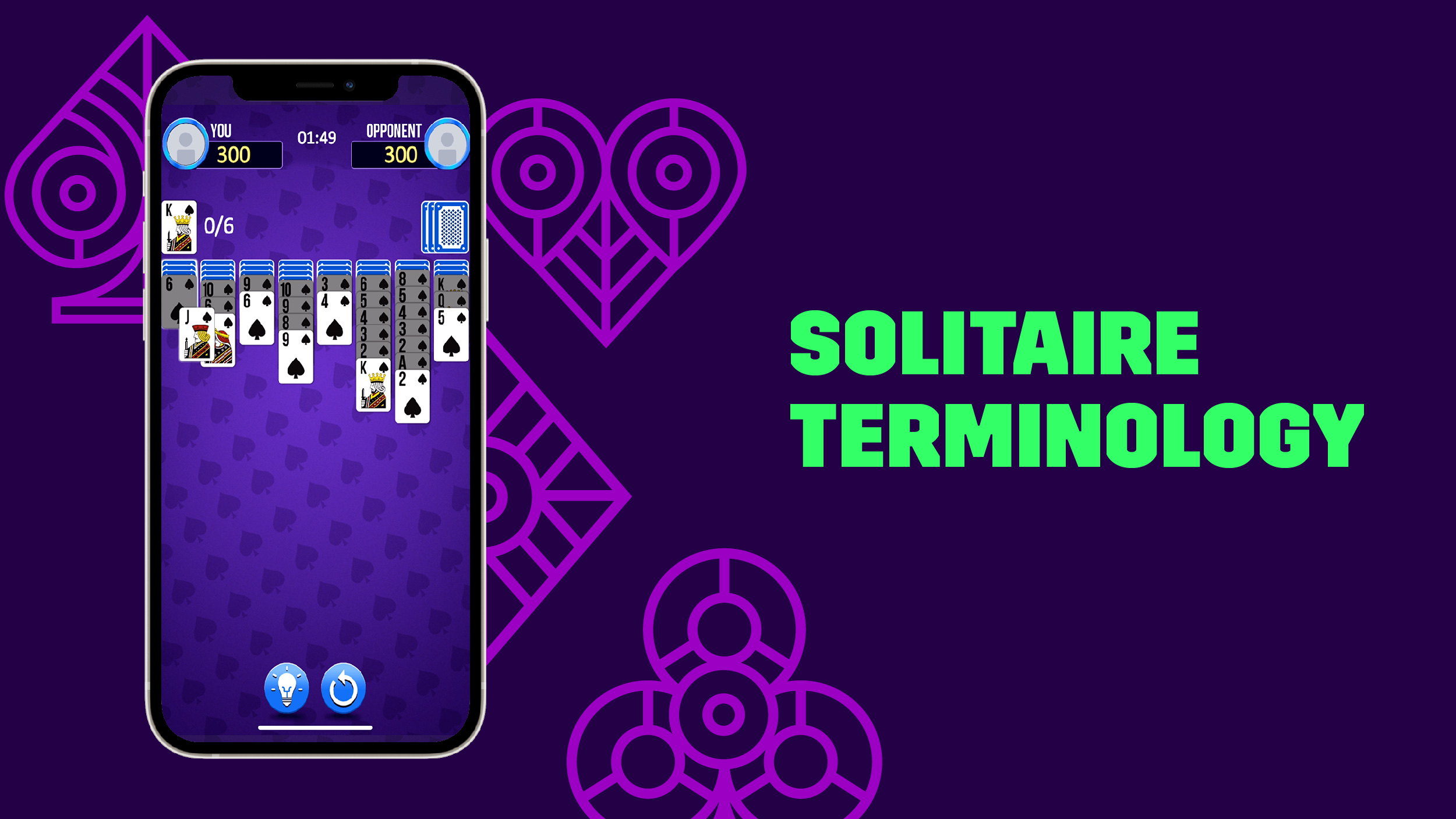 For numerous decades, gamers have enjoyed playing Solitaire and its umpteen variants such as Klondike, Spider, Cube, FreeCell, Pyramid, and more. Microsoft Windows was responsible for familiarising Solitaire to a massive extent when they began including the game in their operating system kit. Regardless of ethnicity, gender, or age, everyone seems to love the game for its unique offerings and gameplay experience. It has found its rightful position in global pop culture, featured in books, films, music, and other art forms. As a game, Solitaire isn’t the most difficult to understand or play but knowing its ins and outs certainly help. Like most card games, several features are standard throughout Solitaire games which helps to simplify the understanding of any new variants.

Here’s a partial list of terms that you should know about before playing Solitaire games online or offline:

A pack or a deck is a standard, finite set of fifty-two (52) cards. It is also used to indicate a special pile or the hand from which one deals cards during play. The number of decks used depends on the variant of the Solitaire game and its level of difficulty. For instance, Spider Solitaire uses up to four decks.

A suit is one of the many segregations into which the cards of a deck divide themselves. Each card bears a unique symbol (out of many such) displaying which suit it belongs to. The suit can alternatively be designated by the color printed on the card. A rank may also apply to each card, and the deck can include special cards that do not belong to any suit.

The tableau is where a significant portion of the gameplay takes place. It can typically have between 7 and 10 piles, but there can be less or more, depending on the game you’re playing. The tableau piles are your designated workspace in a game of Solitaire. You get to move cards back and forth while on the hunt for any opportunities to transfer cards to the foundation piles.

All cards that are left behind or not initially dealt to the tableau form the stock. The cards in the stockpile are usually face-down. In Solitaire, there is ideally just one stockpile. When no constructive moves are possible on the tableau, the stock comes in handy to pick a new card. In the conventional format, you can draw one card at a time. However, a whole set of new cards is added to the tableau piles in the online variants.

The objective of several solitaire games is to transfer all the cards onto the foundation piles eventually.

The rank (or the order) refers to the face value of a card. In solitaire games, the Ace counts as one and is the card with the lowest rank. The Jack, Queen, and King are the highest-ranked ones, counting as eleven, twelve, and thirteen. The number values on the other cards (i.e., 2-10) determine their ranks.

If you are looking for your daily Solitaire fix, two card game versions are available to play on the MPL app: Cube Solitaire and Spider Solitaire. Both are exciting to play on your smartphone, plus there’s the fantastic opportunity to compete against random opponents online to win cash rewards. Some of the standard features of these games are as follows:

The scoring system and the objectives of both games are pretty unique to each. You can know more about each game on their respective game pages. What we suggest you do initially, however, is to download and install the MPL app. You can also go through the in-game tutorial or watch the “how to play” video to get a good hang of each Solitaire game. Have fun playing both the Solitaire games on MPL and win incredible cash rewards while at it!