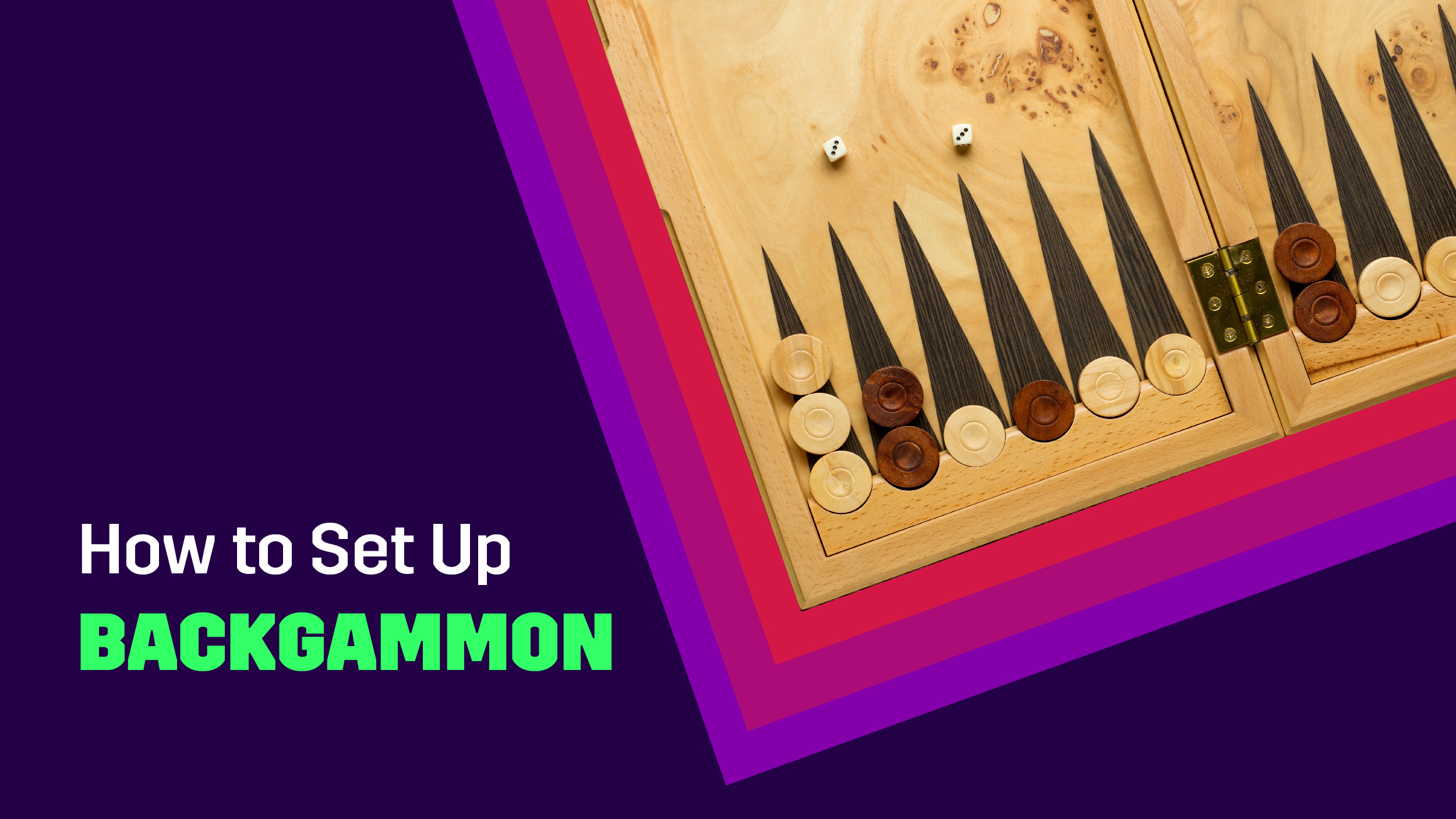 A Quick Introduction to Board Games

Though gaming is pretty advanced with mind-blowing technological upgrades every year, playing board games is always something to cherish. It brings people together around a tabletop, encourages casual banter and bonding, and is excellent for stress relief. While some board games require little learning, some are slightly more sophisticated.

Backgammon is undoubtedly one of the oldest board games, with origins dating 5,000 years ago. It’s a two-player game, and the game’s objective is to become the first player to move all fifteen checkers off the board first – this is also referred to as “bearing off.”

If you happen to be a casual backgammon player, you likely forget how to set up the game board. Fret not, as we’re here to help. We’ll guide you through the entire backgammon setup in the form of short, straightforward instructions so that you’ll be ready to sit down for a game in no time. If it makes you feel at ease, the game setup is doable in five minutes or less.

What All Do You Need to Set up?

While traditional backgammon sets include round black and white discs, it’s completely acceptable to replace them with checkers or quarters, as you please.

Like many other popular board games, backgammon also has its glossary of terms for pieces and areas of the board. It is essential to understand these terms before you roll the dice and play the game against a friend or an unknown opponent!

A Brief about Backgammon Boards

Nothing’s more important than understanding the basics of the backgammon board before you start putting your checkers. We’ll cover everything you should know before you set up your board:

Make sure you follow the below instructions before you start the game:

Once you sort out the above steps, keep the following in mind:

Let each player pick their fifteen checkers: The process of setting up a backgammon board is easier and quicker if each player manages to set up their checkers. Checkers comes in different color combinations such as white and brown, black and red, or black and white. The colors do not impact the game as long as two different ones are present.

Pick two checkers and place them on your 24-point: The 24-point is the nearest point to the player on the left side of his board and the right side for the opponent. Remember that the checkers should mirror each other as they’re set up.

Place five checkers on your 13-point: The 13-point is on the same side as the 24-point, the rightmost point on each player’s side. If you want to ensure that you are placing them in the right spot, count backward from the position of the two checkers on the 24-point until you get to the 13-point.

Place three checkers on your 8-point: The 8-point is on the same side of the board as each player’s home board, just a couple of spaces away from the bar at the center. Again, if you want to ensure correct placement of checkers, count backward from the position of the checkers on the 13-point until you get to the 8-point.

Put the five remaining checkers on your 6-point: The six-point is located adjacent to the bar for each player but on opposite sides. To make sure you’re placing the player’s checkers accurately, count back from the 8-point checkers. These final five checkers are the only ones to start on your home board. You can use them to create primes to prevent the entry of the opponent’s checkers.

To begin the game, each player throws a single die. This decides which player goes first and also the numbers to be played. If equal numbers pop up, players roll the dice again until different numbers appear. The player throwing the higher number begins moving his checkers based on the numbers on both dice. After the initial; dice roll, the players throw two dice and take turns. The dice roll stipulates how many points (or pips) the player is supposed to move his checkers.

Suppose you think setting up the backgammon board is tedious and costs you time, effort, and money (to procure the board). In that case, the ideal alternative is to play backgammon online on MPL – Asia’s largest gaming platform now available in the US. The online version is much easier to understand and play, as it doubles down on the rules and playing area.

As a player, the objective is to move all your checkers into the goal to bear them off. The earliest player to do so wins in the actual board game. But in the MPL version, you can win by simply scoring higher than your opponent when the timer runs out. You can gain points by capturing the bot checker, blocking the bot, and moving your checkers to the goal. A timer bonus (based on the time remaining) and a moves bonus (based on the least number of moves) also apply.

Play the backgammon game with your friends and random opponents and stand a chance to win exciting cash rewards!