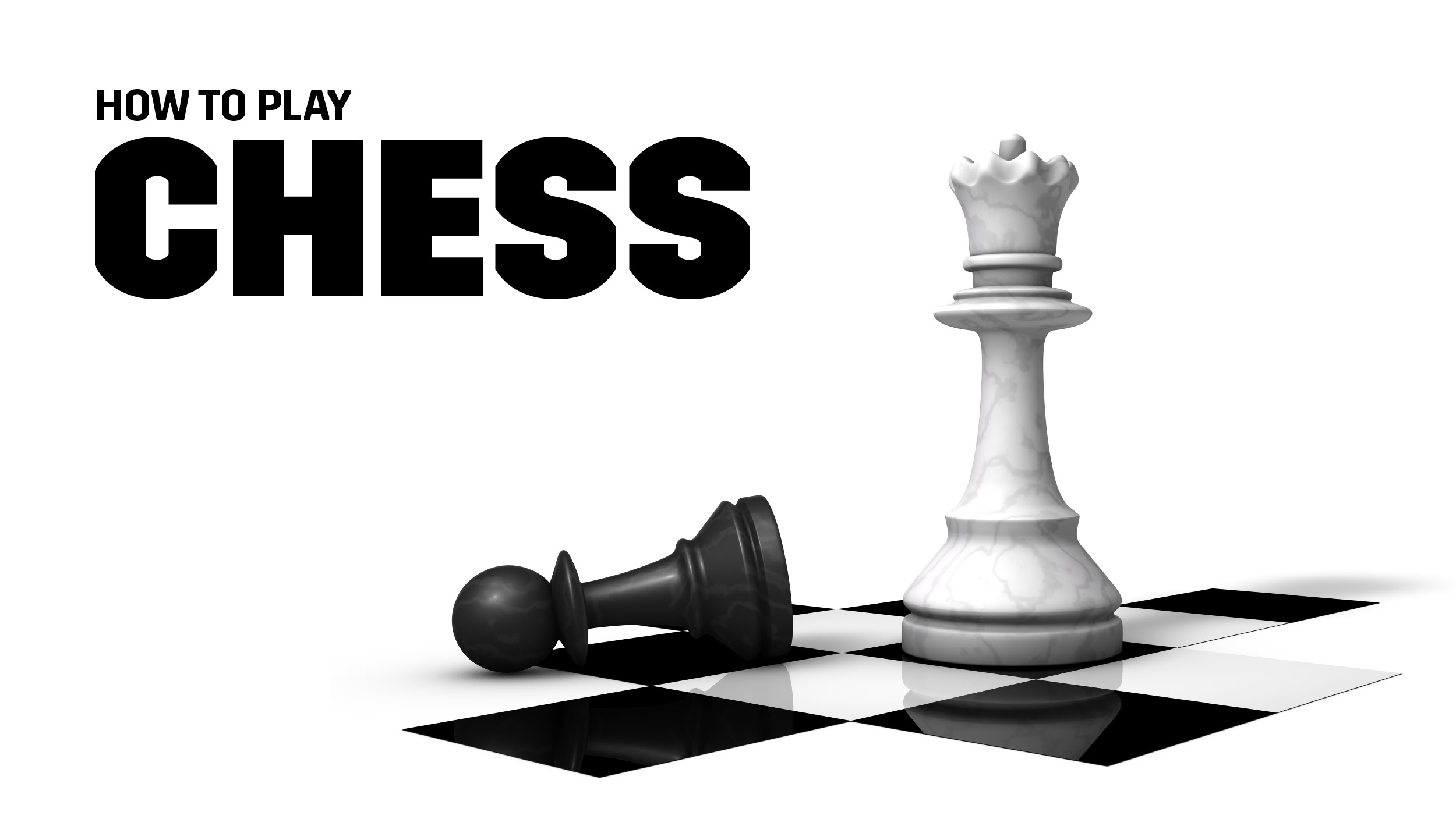 If you ask your immediate circle of family and friends which board game most of them know how to play, the answer is bound to be Chess. The universality of Chess makes it one of the most played games worldwide. Whether you play Chess on a traditional board or a gaming platform like MPL, the game needs you to put your thinking hat on, strategize, and execute your moves to perfection.

However, there’s a phase before you get to that point – the stage when you’ve heard so much about Chess, and the curious human in you wants to learn more about the game, and eventually, play against friends and random opponents. If you’re in that phase or looking for a detailed chess guide, you’ve landed on the right page. Let’s dive deep into the intricacies of Chess, its rules, the movement of chess pieces, and what makes the game fascinating overall. Consider this as free online chess lessons before you enter the riveting world of Chess and engage with the chess community.

Setting up a Chess Board

Two players can play Chess on a chessboard which is essentially an eight-by-eight grid of squares. The sixty-four squares alternate between dark and light colors – conventionally, black and white. A white square must be the rightmost square along the edge nearest to each player when accurately set up.

Player pieces are arranged in the two horizontal rows (called “ranks”) lying closest to each player. The second (or outer) rank, i.e., the second row from each player’s point-of-view – comprises a line of eight pawns, with each placed on one square.

The first row or rank is almost symmetrical, with rooks (also called “castles”) positioned on the two extreme corner squares, followed by knights on the inner squares next to them, and then the bishops.

The king and the queen occupy the two central squares of the inner rank. The queen is placed on the square that matches her color (for instance, a black queen on a black square), with the king occupying the other remaining square of the alternate color. This also implies that the king and queen of each respective color face each other, making the precise setup symmetrical between the two players.

The white player usually makes the first move, with players alternating turns until one defeats the other via checkmate or resignation. Players can also agree upon a draw (or tie). While playing with an optional timer, as in the case of tournaments, the first player to run out of time has to forfeit the game.

When you start playing Chess, you and your opponent take turns making a single move. Neither you nor your opponent can choose to skip a turn – they should move a piece. As each chess piece moves in a certain way, you must understand the legal moves of each.

Only the knight can jump over pieces, but it should land on a square that’s previously not occupied by one of your pieces. Other pieces will either need to stop before or capture the opponent’s piece that already exists on a square, regardless of the color.

How to capture pieces

If your piece lands on a space having an opponent piece, that piece is captured and taken off the board. Only one piece can capture and occupy another piece at a time. Whenever a piece captures the opponent’s piece, it also exhausts its current move and ends the player’s turn.

The Key Objective(s) in Chess

While deep strategies and tactics are always indispensable in Chess, they need to be in line with the game’s primary objectives.

When a piece moves in a manner that allows a player to capture the opponent’s king on their next turn, the attacking player generally announces “check.” The opponent player must then move their king or another piece that halts the attack on the next turn – it can be by capturing the attacking piece or blocking the move altogether.

If a player creates a scenario where their opponent cannot stop their king from getting captured on the next turn, the attacking player exclaims “checkmate” and wins the game immediately. Interestingly, the king is never caught – one wins a chess game on the announcement of a triumphant checkmate. Checkmate typically occurs when a player fails to escape check, implying that their king is completely cornered.

A player can also decide to resign, handing the victory to their opponent. Matches can also conclude in a mutually agreed draw – for instance, as the outcome of a stalemate leaving a player without legal moves, or if neither player can win using existing legal movements, a scenario known as a “dead position.” An example of a dead position is when the only remaining piece on the board is their king.

Draws can also happen as the result of advanced rules applied in professional tournaments, including the same exact position occurring three or five times – regulations referred to, respectively, as threefold and fivefold repetition – or zero captures or pawn moves made within the last fifty or seventy-five moves. However, the exact rules depend on the tournament and the understanding between the players.

Each move, a pawn moves forward a single square in a straight line. Pawns cannot move backward, diagonally, or horizontally.

An exception to this rule is when it’s the pawn’s very first move in the game. If a pawn is yet to make its first move, it can move two squares forward in a single move. However, both squares should be empty. If desired, the player can also decide to move the pawn a single square.

The rook, often called the castle, can move any number of squares horizontally or vertically from its existing square (or rank). While it cannot pass through same-colored pieces, it can capture pieces of the opposite color by moving onto a pre-occupied space. Rooks cannot make a diagonal move for any reason whatsoever.

A knight is the sole chess piece that can pass through other pieces by ‘jumping’ over them. It captures pieces in a usual fashion by landing on a pre-occupied space featuring an opponent piece and cannot move to a square that’s already occupied by one of your own pieces. However, it can move over pieces of either color during the move.

This implies that the knight can always move to the nearest square not on its current row (rank), column (file), or adjacent diagonally.

The knight should move the entire L distance – it cannot move just two squares in a straight line without moving one to the side as well, for instance.

The bishop can diagonally move any number of squares – meaning it always moves along the diagonal line of squares that matches the current color of its square. Each player starts the game with one bishop that moves on each color. A bishop cannot move vertically or horizontally for any reason. It cannot pass through pieces of the same color, and it can capture an opposing piece by moving onto its square.

The queen is essentially the most powerful piece in Chess. It can move any number of squares vertically, horizontally, or diagonally. These movements ought to be made in a single straight line in a single turn. For instance, you can’t move three squares vertically, followed by three spaces diagonally. As with other pieces barring the knight, the queen cannot pass through pieces of the same color and instantly captures a piece of the opposite color by occupying its square.

The king moves a single square vertically, horizontally, or diagonally. The king is not permitted to move into a space that grants the opponent a check or checkmate. As an exception to every other chess piece, the king is never captured in the game – a player loses when the opponent checkmates their king, typically leading to an inescapable capture on the opponent’s next turn.

Many advanced rules are also used in Chess, along with specific openings and board positions, known by various names. These include the Double King’s Pawn Opening, the Queen’s Gambit and the King’s Gambit, and more.

Advanced rules can also comprise specific variants that change the game’s core rules, along with their surrounding requirements often applied in a tournament setting, such as timer countdowns and the touch-move rule – stating that once a player touches a piece, it needs to make a legal move.

Once you pick up the basics of how to play Chess, there are numerous books and additional resources out there that help you discover deep strategies and an infinite number of variations possible during games – also guiding towards local tournaments that help refine your game.

Castling is a concept that works only when a player’s king and a rook are yet to move during the game. You can perform casting with either rook, provided they’re yet to move from their original corner positions.

You cannot use the king in a castling maneuver if it is in check. But you can use a rook in castling even if it is under threat from an opponent’s piece – in other words – if it could be captured on the opponent’s following turn or on any of the squares it passes through while making the move.

A player cannot castle if it puts the king into check. It is also impossible when there are pieces between the king and the rook – the squares in between need to be clear.

If any pawn reaches the other end of the board, i.e., the farthest row (rank) from your perspective – you can promote it to another piece: a knight, bishop, rook, or queen. The new piece immediately replaces the pawn on its current square and follows the rules of the promoted piece.

Many casual players use already captured pieces to stand for the promoted pieces, but you can legally promote a pawn to any piece, whether it’s captured or not. For instance, a player can have several queens due to pawn promotion. There is no restriction on the number of pawns you can promote.

What is En Passant?

En passant stands for ‘in passing’ in French. It is one of the most well-known chess moves, occurring when a pawn moves two squares forward as its optional starting move.

If an opponent’s pawn can legally capture the moving pawn if it moves one square instead of two, the opponent may declare en passant on their subsequent turn and diagonally move their pawn onto the square that the pawn passes through – capturing it as if it moved just one square. En passant must be declared as the opponent’s following turn to be legal – else, the player loses the opportunity to capture the pawn.

Who makes the first move in Chess?

As per the International Chess Federation’s (FIDE) rules, the player with the white pieces initiates the first move. Then the players alternately take turns.

Numerous players see their chess ratings go lower as they age. Chess experts also believe that the top chess players peak during ages 35 – 40. However, since Chess combines cognitive ability with the accumulation of vast chess knowledge, there can also be occasional contradictions.

How long does it take to learn Chess?

We don’t have a clear-cut answer to this as it entirely depends on the amount of time a person dedicates to learning and playing Chess. Chess isn’t the most complicated game to learn, and you can pick it up pretty quickly. On average, around 1-3 years of practicing can bring out the ultimate chess technician in you!

Phew, now that was a long read. Let’s quickly play a game of Chess then! Download the MPL Pro app and find an exciting, fast-paced version of Chess that’s worth your time. Moreover, you can win prizes too!