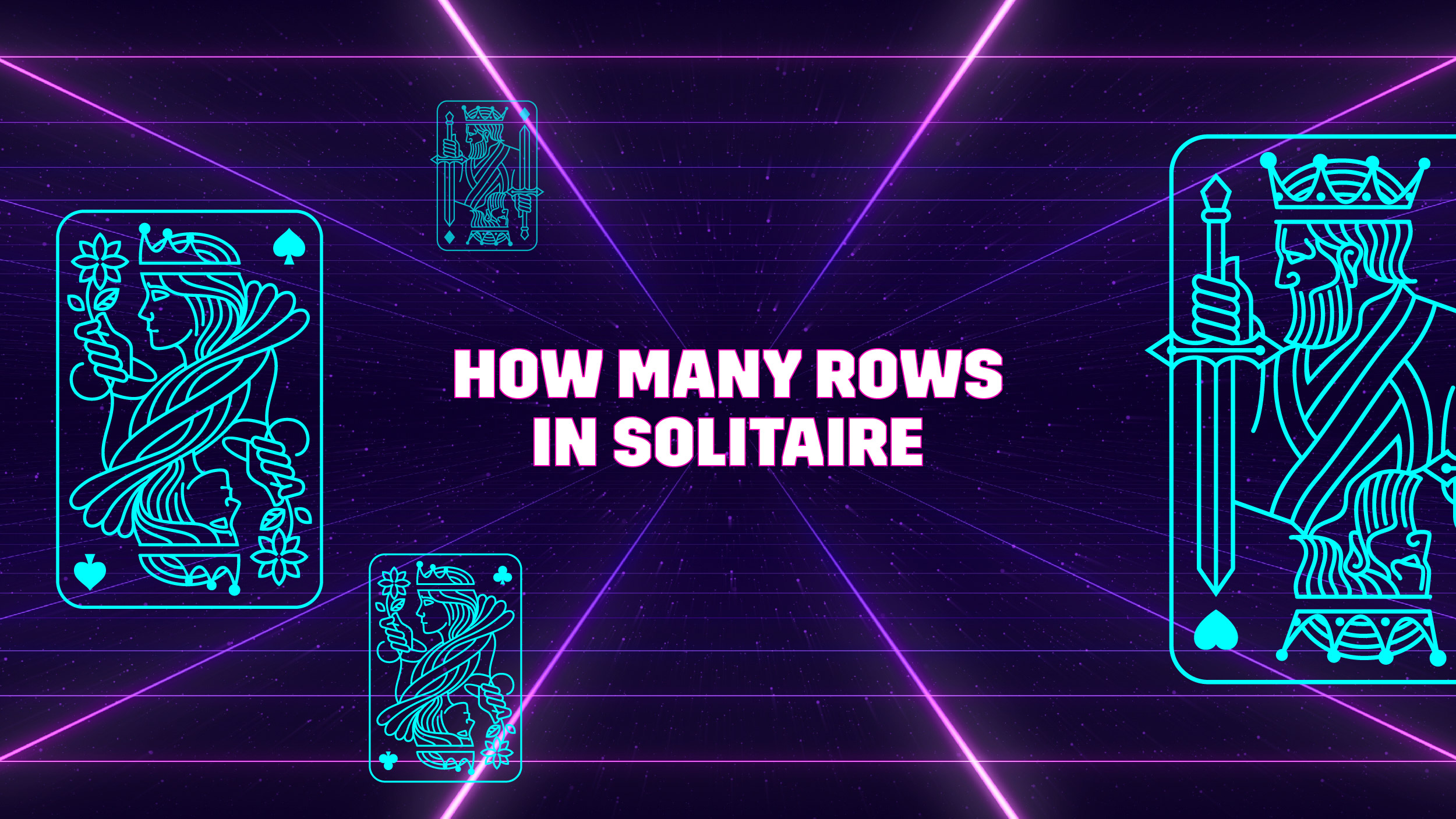 Solitaire is undoubtedly the most well-known card game in the world. You can play the traditional version of solitaire using a standard deck of cards or by visiting a gaming website or downloading a gaming application such as MPL. The game is plenty of fun to play and comes in different variants, including Spider solitaire, Cube solitaire, Klondike solitaire, etc. The best thing about it is that you don’t even require an opponent to play for hours. The board layout and the specific rules make it simultaneously challenging and engaging. Once you get the hang of the basics, play will get faster, easier, and more fun.

Several card games need a relatively large set of players to enjoy to the fullest, but Solitaire is tailor-made for the solo player. Assembling the layout takes less than a minute, making it one of the fastest games to set up. Part of the setup is knowing how many rows exist in solitaire. This primarily depends upon the variant you’re playing. Often, it ranges from 7 to 10. The classic version, known as Klondike, features seven rows. The difference between classic solitaire and its variants lies in the setup, the number of cards, players, and total decks used. For instance, the two-player version of Klondike is known as Double Solitaire, which uses two 52-card decks.

In this article, you’ll discover how many rows in solitaire, alongside some of the more commonly known solitaire variations.

We can better understand the card layout in Solitaire through the following points:

#1 Deal seven cards in a row: Once shuffled, deal the initial card and place it face-up on the left-hand side. Subsequently, deal six more cards face-down in a row on the right of this card, so each card gets its own spot.

When cards are dealt, you should ideally have a total of seven cards. The first left one is face up while the remaining six should be facing down. The cards you deal are known as your “tableau.” These are the primary cards that you’ll use to play solitaire. When you are done dealing all of the cards, your tableau will appear like an upside-down staircase.

#4 Count over to the third stack followed by dealing five cards: Deal a single card face up, beginning with the third stack over from the left. After that, deal four more face-down cards onto every stack positioned to the right of this stack.

#6 Skip the initial four cards and deal three more: In your row of seven-card stacks, count over to the fifth card from the left. Deal a single face-up card onto this stack, and then deal one face-down card onto each of the two piles on the right.

#8 Deal one final face-up card: Only one stack that doesn’t have a face-up card should remain. This stack should be at the far right end of your tableau. Deal a single face-up card onto this stack. Now, this stack must have six face-down cards, and one atop that faces up.

After dealing this final card, your tableau is complete.

Put the remaining cards face down. After setting up your stacks, you can place the cards left just above the Tableau on the left-hand side. This constitutes your “Hand” or “Stock” pile. You will keep drawing cards from this pile as the game progresses.

The first and foremost objective in Solitaire is to release and arrange cards required to build up each foundation, in suit and sequence, from the ace through the king. However, the ultimate goal is to assemble the whole pack onto the foundations, and if you manage to do so, you win the solitaire game.

As you expose and draw cards, you can transfer them to the foundation piles positioned above your tableau stacks. Remember that each pile has to start with an ace card, and there should only be one stack per suit.