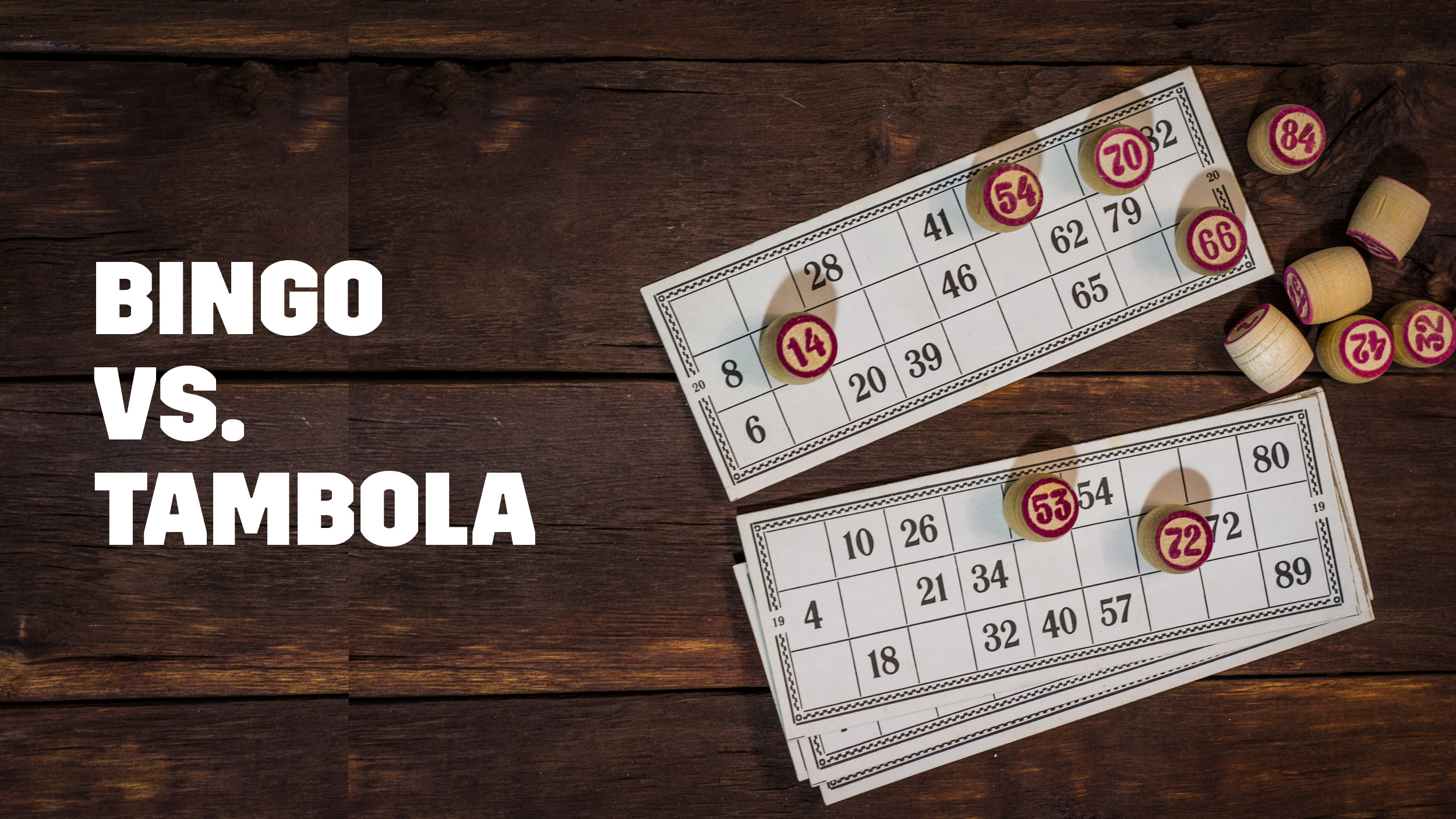 Both Bingo and Tambola (or Tombola) are casual, raffle-based games that involve participants completing numbered tiles (or squares) on a ticket. While Bingo is the recognized version of the game in the US, Tambola is the name Indians often use to refer to the game. With over 60 million players and over 50,000 Bingo halls, the game continues to enjoy massive popularity even as we recover from a deadly pandemic. The games differ subtly in their internal mechanisms and overall aesthetics. We’ll look that up in a more detailed manner in this article, so keep scrolling!

Tombola, also known as Tambola, Indian Bingo, or Housie, is a fun game where participants possess one or more numbered tickets or cards. Each player should have at least one ticket to enter a contest. Tambola is played with the host calling out numbers (1-90) one at a time and players marking off those numbers on their tickets. It consists of twenty-seven spaces, arranged in nine columns by three rows. Each row features five numbers plus four blank spaces.

The game’s host (or announcer) keeps calling out one number at a time. Participants need to cover the called-out number tiles or squares with an object; this varies from pieces of plastic to dried beans to simply marking off the number using a pen on a paper ticket. Tombola sessions run for multiple rounds and conclude when a player successfully fulfills one of the below conditions:

• Early Five – A player marks off the first five numbers of the card.

• Top Line – A player clears all five numbers on the top row.

• Middle Line – A player completes all numbers in the middle row of the card.

• Bottom Line – A player completes every number in the bottom row of the card.

• Full-House – A player marks off all fifteen numbers on the card.

When players emerge with a ticket that fulfills one of the winning patterns, they receive a pre-determined prize. Once the winner gets the award, the Tombola session continues until the next winner (with the following possible pattern) comes along.

In Italy, Tombola is a designated Christmas activity conducted by families and other communities. In India, it’s a leisurely game played at community clubs and events, often for prize money.

Bingo also follows a gameplay style similar to Tambola, with players marking off called-out numbers on their respective cards. In Bingo, the host can draw up to 75 numbers (in the US version), while it usually goes up to 90 numbers in the British and Australian versions. Each number corresponds to one of the letters in B-I-N-G-O, making it easier for participants to inspect their cards. The arrangement of numbers in 75-ball Bingo is as follows:

The bingo card comprises a 5×5 matrix, with the centermost slot being a blank space. Before a Bingo session commences, the host announces target patterns for participants to form. Once players complete any winning patterns on their cards, they shout “Bingo!” alerting the host of a declaration. The winning card is then discarded for fresh ones, and a new session begins. The prizes for every session vary alongside the number of participants and the winning patterns.

In a world that’s recovering from a pandemic, a visit to the Bingo halls may not precisely be possible, or it could turn out to be a tiresome experience. That’s where online Bingo games come as a relief. A thrilling, fast-paced version of 75 ball Bingo is available to play on the MPL app, and we recommend you to check it out if you’re a fan of the game. Also, there are exciting cash prizes to be won!

Bingo vs. Tambola: The Subtle Differences

Although both Bingo and Tambola possess more similarities than differences, learning and understanding what makes each game unique is essential.

Tambola tickets feature fifteen numbers with five numbers in three rows, while Bingo tickets have twenty-five numbers on a 5×5 grid with a free space at the center (found in column N). Even when Tambola has a smaller requirement for filling squares, the sessions can run longer since any number can fill any space. In Bingo, each column constitutes only a particular set of numbers (such as B having numbers 1-15 only, for instance).

It is possible to have a quick Bingo session if it only involves the numbers in a single column, owing to the patterns on the card.

In Bingo, each time a player completes a pattern, the game ends, and all participants acquire new cards for the following session. However, in Tambola, the session continues even if a player completes one of the winning patterns. A player stands the chance of winning multiple rounds over the same session if they possess winning tickets. There’s also the opportunity to complete more than one pattern on the same ticket.