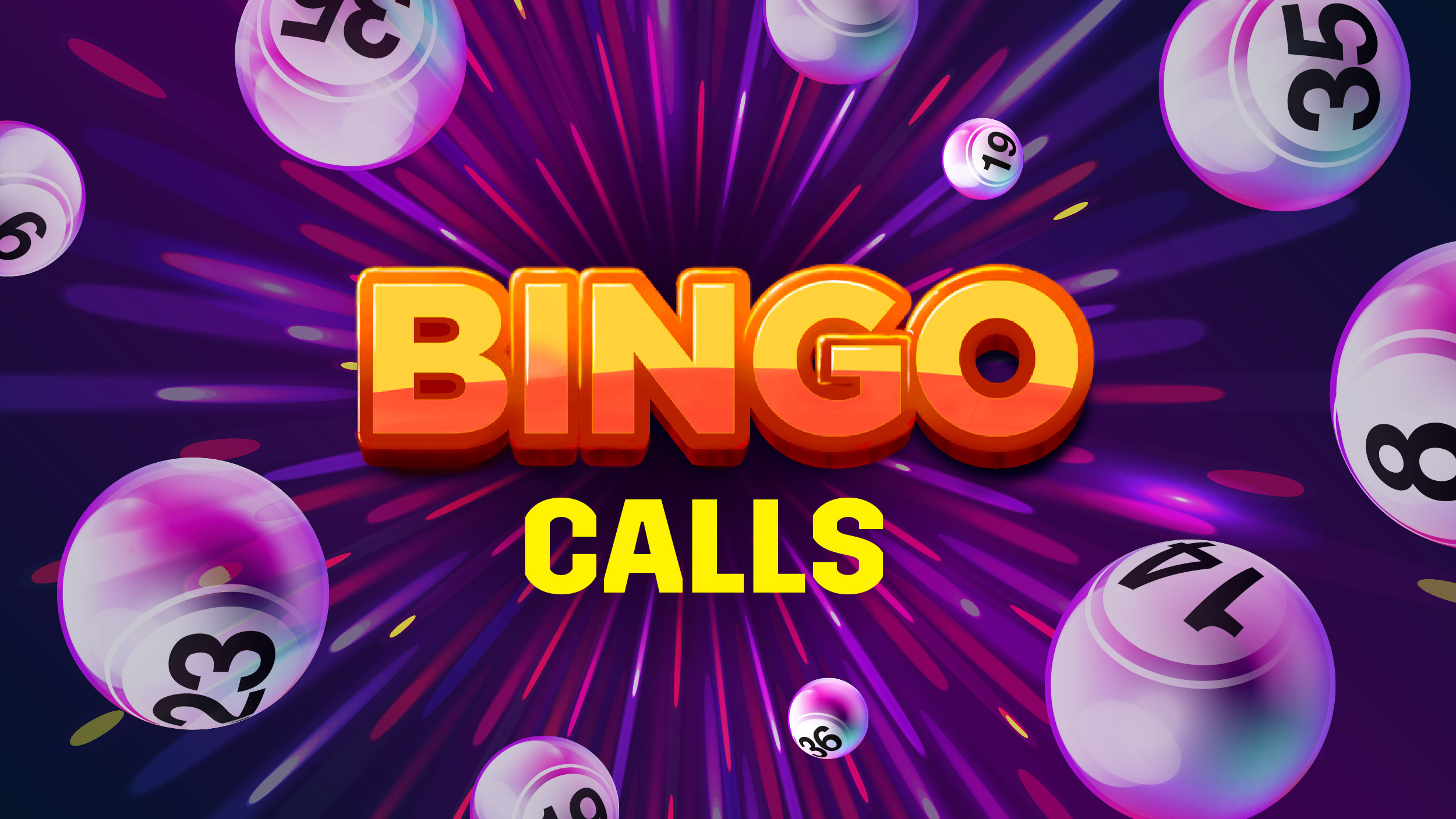 What are Bingo Calls?

If you have played or watched a game of bingo taking place in a traditional bingo hall or just indulged in a little online bingo, there’s a good chance that you noticed some unusual bingo names that you didn’t understand. Calling out bingo numbers isn’t as straightforward as one, two, three, and so on.

The host often uses bingo callsas a technique to clarify all ninety bingo numbers present on the board. From a distance, 52 and 42, for instance, can sound similar, so these nicknames help differentiate them when called out. Bingo nicknames spread worldwide, adapting numerous regional and local flavors, while some bingo callers even incorporated references to pop culture. Keep reading to know more!

Before getting to the various bingo calls, we believe it makes sense to quickly brush up your bingo basics just in case you’re new to the game or haven’t played in a long time.

While there are different types of bingo that you can play, each game involves crossing off numbers on your bingo ticket as and when the host calls them out. One wins the game by crossing off every number on their ticker before others do.

The type of bingo game – be it a 75-ball or a 90-ball, decides the total amount of numbers that a ticket can have. The amount of numbers on each ticket will be the same amount that the bingo caller can call out.

You don’t have to be confused by the ‘balls’ in the respective game’s title either; it’s primarily because the called-out numbers used to be printed on balls at one point. However, as bingo sites and apps came into existence, the cards and numbers were digitally generated.

Bingo calls are a mix of rhyming slang, cheeky phrases, and puns that connect to specific numbers. They add to the overall fun of playing bingo.

53 – Here comes Herbie/Stuck in a tree

Bingo Calls Based on Rhymes

More than fifty out of the ninety take their names from phrases that rhyme with the numbers. If you cannot remember a specific number of a nickname, you can always come up with your own by forming a rhyme. Bingo nicknames also change locally, with one of the main reasons being the tweaking of the rhymes and rendering them region-specific.

Some rhyming bingo numbers stay in our heads because they have fascinating visual or cultural references that led to coining the nickname. Below are some of the most intriguing ones, most of which have localized alternatives based on the caller’s preferences.

The “garden gate” supposedly references a drop-off point or a meeting place for gangsters and smugglers.

You can also use the nickname “rugby team,” referring to the number of players involved in the game.

Based on the 1976 hit track by Abba, this number owes its name to the song’s opening lines: “You are the Dancing Queen, young and sweet, only 17.”

The number 26 is also called “bed-and-breakfast” due to its traditional cost – two shillings and sixpence.

Depending on the bingo caller and the region of play, this nickname is bound to be replaced with “I love my mum.”

While some audiences would prefer the nickname “weeks in a year,” Danny La Rue is a more contemporary pop culture reference, based on the Irish singer famous for his cross-dressing style.

Brits often use “tickety boo,” the English slang for “in order or “good.”

Calls Based on Number Shapes

If you’re unsure of the rhyme, some numbers also make it feasible to remember nicknames through their various shapes.

For instance, the number two appears like a duck, offering the nickname “one little duck” as an alternate call. The number five looks like a snake, so the number 55 is “snakes alive,” as the figure integrates the shape with the rhyme.

Anything featuring the number eight can indicate a fat lady. Finally, the number seven seems like a crutch, so the number 27 gets the nickname “duck with a crutch” to pair the two together.

Below are some more numbers that use looks and appearance to obtain a nickname.

This number is pretty easy to recall as the two ones appear to be like a pair of legs. Historically, players would let out a wolf whistle when this number was called, but several bingo halls perceive the practice as sexist.

The ducks make a return for number 22, and by slang, it is also called “quack quack.” Certain bingo circles dubbed this number “Bishop Desmond” as a tribute to South African activist Desmond Tutu.

This one isn’t that difficult to remember – while the duck in number two is adorable, you want to jump out of the snake’s way of the snake in number five. It also rhymes conveniently.

Alongside number 11, a droopy drawers visualization eternally draws a few laughs from the bingo players in the hall.

Also referred to as “the same both ways,” each numeral of 69 can be inverted and appear the same as its opposite.

The dozen multiples make it rather easy to pick this number.

If number seven is supposedly lucky, then the number 77 possesses double the luck. Some bingo callers use the term “lucky sevens,” “double sevens,” or “two little crutches.”

There are times when callers go for the literal depiction. Eighty is also known as “Gandhi’s breakfast.” Some players like to think that the number looks like Mahatma Gandhi sitting cross-legged with a plate in front of him.

The number eight also references curvy women, which implies that 82 is also nicknamed “fat lady with a duck.”

This is one of the most common image-based number references, where the curves of the eights resemble two big ladies seated next to each other.

Bingo Calls with References to History

Many historical references in bingo lingo come from the 1950s and ’60s. During this phase, bingo began to rise in popularity, and numerous nicknames formed in these years have stuck around for a very long time. However, some players demand modern updates to these names to make them relevant to the present day and appeal to the upcoming generations who enjoy playing online bingo.

The easiest way to add to the appeal, especially when you play bingo online, is to pick conventionally rhyming numbers and allocate recent pop culture references to them. For instance, the number 32 can be called “Jimmy Choo” as opposed to “buckle my shoe,” 84 can be “Dumbledore,” and 42 “Winnie the Pooh” can be reassigned as “Pikachu,” the Pokémon character.

One can also find numerous historical references bingo call nicknames. Have a look at the ones below to see which nicknames you already know and which ones you consider needing an update.

Many people look at this number as a direct reference to Ned Kelly, the great Australian folk hero. Others believe it to be military slang.

This call harks back to World War II, where doctors gave the number nine pill to soldiers who weren’t explicitly diagnosed. The strong laxative cleanses the entire system.

While this number is indeed a rhyme, the nickname alters every time a new prime minister’s election takes place (in the UK). At present, the number 10 is also known as “Johnson’s den,” after Boris Johnson, but the number has also been called “Cameron’s den” for David Cameron and “Tony’s den” for Tony Blair.

The number practically refers to the 21-gun salute at royal and military ceremonies.

A funny song that soldiers from World War II sang – “Dirty Gertie From Bizerte” – rhymes heavily with the number.

The number borrows bigtime from the title of a popular Alfred Hitchcock movie.

This rhyme comes from A. A. Milne’s story of the honey-crazy bear and his adventures. The Walt Disney franchise bought out the story in 1965.

This bingo call follows the show “The Adventures of P.C. 49,” which aired between 1946–53. The show’s plot centers around an unconventional police constable who solves cases in London. Some bingo halls even use “police constable” while making the call. As an alternative, bingo callers can use the phrase “one more time,” which rhymes with 49.

During the 1950s, five shillings and sixpence were what a marriage license cost. Women players conventionally shout back “every penny!” as a response to the call.

Heinz is famous for having as many as 57 varieties of canned beans. Although the company sells more products, the founder, Henry Heinz, designated 57 as his lucky number.

A traveler can take around 59 minutes to travel by train from Brighton to London.

This call borrows cues from the 1972 musical “The Music Man.” You’ll hear the phrase “Seventy-six trombones led the big parade” in the lyrics.

This simple rhyme originates from Torquay, a seaside town in Devon in southwest England.

You’ve learned a lot of Bingo calls, haven’t you? Now, it’s time to test your bingo skills on the MPL app. Download and play free or cash battles, or join a bingo tournament and win mega prizes!