Get a Great Experience on MPL

What is Baseball Star Game?

Everyone loves Cracker Jacks and Home field hotdogs, but waiting for the game to get the thrill is so 20th century. Why suffer the wait when you can get the same joy through MPL Baseball game online and win cash prizes? The game available on MPL is one of the best online baseball games that you can play anytime.

Baseball star is a batting game. But hitting the ball is just not enough. Your aim should be to score home runs after home runs to set the highest possible score before the time runs out. So swing that baseball bat at the right time to make a great shot. Have no mercy on the pitcher!

Batting game: You need to observe the ball coming towards you to hit it with maximum contact. Try to hit on the field so that your players can run bases and touch the home plate. You can always go for the HOME RUN to get the max out of a shot.

Are you one of the crazy baseball fans? Then Baseball Star is the game for you!

How Does Baseball Star Work?

Baseball has been the Home game and Pride of the Eagle Nation. No matter what team you support, be it the Yankees or the Red Sox, or even the Mets, the player now has all the control. And that's why this game is so popular among baseball fans.

Baseball Star is easy to play for a starting player too. All you need is good hand-eye coordination and no mercy on the pitchers. Just follow the below steps and become a baseball champ in no time.

After the pitcher (bowler) throws the ball, tap anywhere on the game screen to swing the baseball bat. Make sure you hit the ball in the correct range to make it a fair shot. 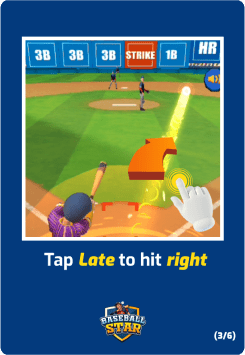 Hitting it too early or too late will make the player miss the shot. And we all know that shout 'STRIKE'. Make sure you don't get three strikes in a row. If you do, then the game is over. 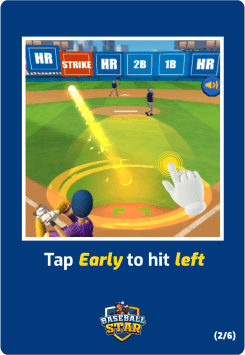 The boards will keep on changing, so you'll have to optimize the direction of your shots accordingly. 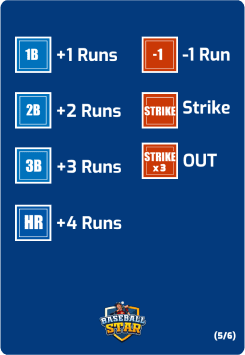 Please note: If you hit the board with '-1' on it, 1 run will get deducted from your score. 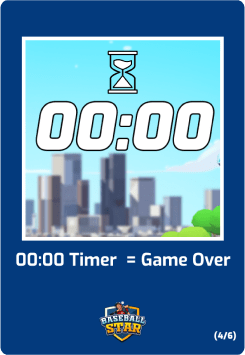 You'll keep hitting till the timer runs out or you get three strikes, whatever comes first. The screen will display the score points you scored as soon as the game ends.

How to play Baseball Star Online on MPL?

With a seamless user interface and easy-to-control theme, playing Baseball games on MPL might give you the Yankee stadium feel and will definitely provide you with that adrenaline hit. You don't need to be a baseball pro gamer to play this game. All you have to do is hit the ball at the right moment.

Here's how you can get a hold of the game:

Keep a watch on your opponent's score on the top of the screen to know where you stand and if you need to take risks or not.

Oversee the board before timing your shots and avoid hitting the ball on '-1' as it'll deduct a point from your score.

It's easy to hit straight. Getting a hold of direction requires practice.

Make sure you hit the balls the right way. If you miss 3 times in a row, your game ends there.

Once you're well versed with the controls, you can play cash games against other players and win real cash prizes.

Why Play Baseball Star on MPL?

Playing Block Puzzle on MPL is hassle free and seamless. You can play the game of your choice anytime, without any trouble. Below are the reasons why players love MPL:

How to download the Baseball Star App from MPL?

The MPL gaming app is free and supported on iOS devices. To play Baseball Star, you can download the MPL app directly from the Apple App Store.

Once downloaded, install the app.

And here you are, ready to explore and play Baseball Star on the MPL app.

What is the History of Baseball?

Baseball's actual past is a little confusing, and the real roots are unclear.

Since ancient Egypt, people have used bats to knock balls. Bat and ball games were famous in many societies throughout Europe. One standard theory is that US baseball has its roots in British rounders, while rounders and Baseball are more likely to have at least some origins in cricket. There are references to an English game called Baseball from the 18th century, but the sport is not very similar to the current American pastime.

Super Baseball originated in America during the 19th century, but controversy and speculation about how it was invented still persists. The New York Knickerbockers were considered the first team to play baseball under modern rules for a long time. In 1845 the Knickerbocker Rules were drawn up, covering all game rules, by team member Alexander Cartwright and a committee. It seems, though, that many of these rules originally were established for the Gotham Club in 1837 and were violated by the Knickerbockers team.

Can I win real cash from the Baseball game on the MPL App?

Yes, you can win real cash by playing the Baseball Stars game on MPL and have a great baseball experience. And it's 100 percent secure. Winnings change from contest to contest. The best part - You can withdraw your winnings instantly.

You can still participate in the free practice games and get one up over your friends.

Galactus Funware is the owner of, and reserves all rights to the assets, content, services, information, and products and graphics in the website except any third party content.

Galactus Funware refuses to acknowledge or represent about the accuracy or completeness or reliability or adequacy of the website's third party content. These content, materials, information, services, and products in this website, including text, graphics, and links, are provided "AS IS" and without warranties of any kind, whether expressed or implied.